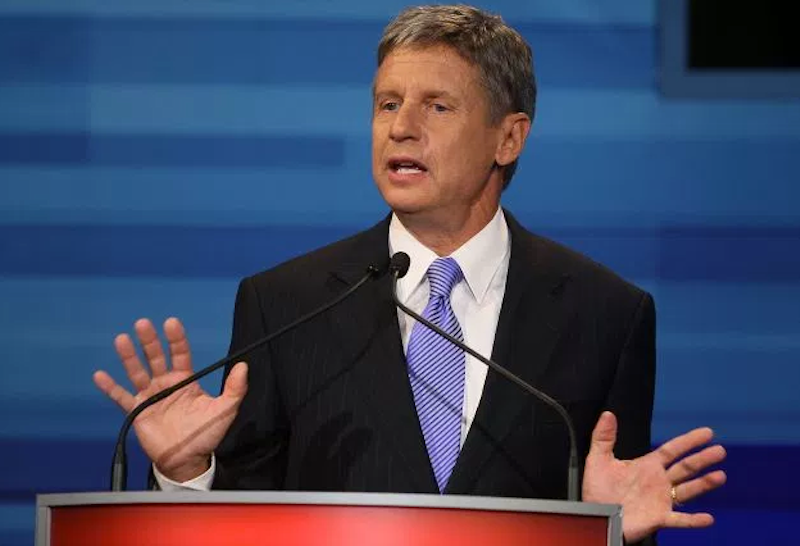 Today marks the beginning of what could prove to be the Libertarian Party’s most significant nominating convention ever. By Sunday, people attending the LP’s Orlando, Florida gathering will have picked a presidential and vice presidential nominee in a year when many people sound willing to defect from the Democratic and Republican parties. Don’t assume any of this will go smoothly, though.

Libertarians are a picky bunch, and despite the prospect of two former Republican governors, Gary Johnson and William Weld, being nominated, the convention delegates could surprise us all by deciding those two aren’t ideological enough. Maybe we’ll end up with Austin Petersen as the presidential nominee. Or maybe we’ll end up with Weld being rejected and thus have a Johnson/Petersen ticket. Crazier things have happened when Libertarians assemble. (Petersen has been more or less endorsed by Glenn Beck and Mary Matalin, and he succeeded in getting Johnson to admit he holds at least one un-libertarian belief, namely that public accommodation regulations should prevent bakers from denying service to some customers.)

The world outside the convention is rather unpredictable this year, too, though. A good indicator of that is the fact that at The Washington Post, pugnacious conservative columnist Jennifer Rubin is starting to say nice things about Weld (just as I’d hoped ousted Republican establishment types would) at the same time that a research fellow from the libertarian Cato Institute is telling anti-Trump conservatives driven from the Republican Party to stay away and not mess up our nice movement by leaping aboard hastily. I say, welcome everyone but then urge them to adopt strict libertarian principles. “Welcome and educate” is a better formula for success than “alienate yet compromise,” the latter often the preferred lose-lose strategy among establishment libertarians.

Tensions between the establishment and the rebels within libertarianism don’t look so strange lately, though, given that both the Democrats and the Republicans face similar internal struggles. And, tempting though it is to treat the two major parties as symmetrical with each other, notice that the rebellion (in the form of Trump) is defeating the establishment within the Republican Party, while the rebellion (in the form of Sanders) is being narrowly but decisively beaten by the Clinton establishment within the Democratic Party.

That means that if disgruntled major-party voters flee to the Libertarians this year, newcomers to the LP may be an odd mix of Democrat rebels and Republican ex-establishment figures—Bernie bros and Romney voters, so to speak (and a few Clintonite feminists will have a field day with that characterization).

Since there are strategic advantages to remaining a big party in a majoritarian political system, maybe the Democrats and Republicans should work out a truce whereby both parties fragment but only if the other party agrees to do so simultaneously. That is, agree that the GOP will formally split into a conservative party and a populist party if and only if the Democrats simultaneously split into a left-liberal and a socialist party. Then the U.S. would suddenly look like a European country, with the Greens, Libertarians, Conservatives, Populists, Socialists, and Left-Liberals all trying to decide whether and when to form coalitions. It could be fun.

In the meantime, a larger-than-usual portion of the world waits to see how strange or palatable an offer the Libertarian Party will make to a politically desperate U.S. populace this weekend. Or at least, this may be a rare year in which the LP at least crosses people’s minds for a moment while they’re at the beach. It’s a start.