There Is Also an Alt-Left

Add them to the alt-right and the anti-Semites. 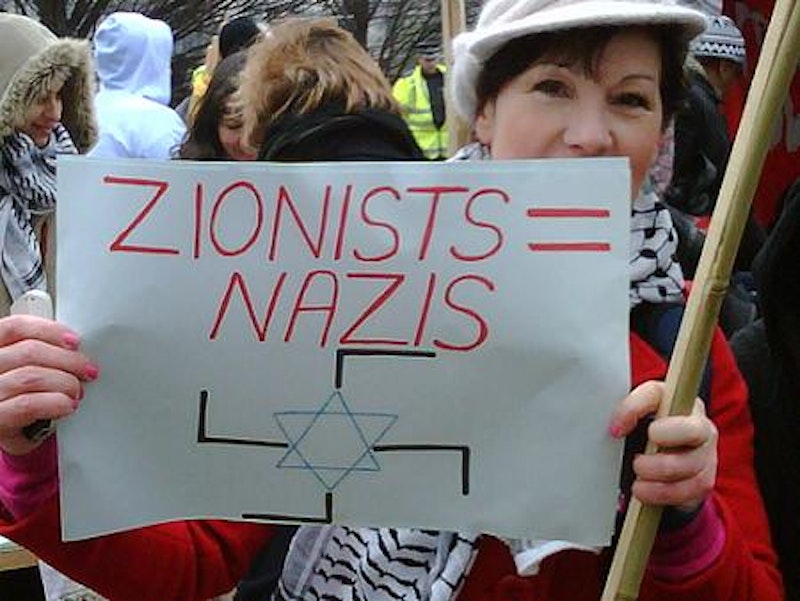 I wrote last week about the apparent rise, surprising to me, of larger numbers of explicit racists on the far right in American politics, the so-called alt-right, many of them fond of Trump. Before gloating leftists claim this is just a logical extension of implicit nastiness in conservative or libertarian thinking, though (a false charge if directed at any of us who spent the past couple of decades arguing that laissez-faire and individualism are good things whether you’re in Kyoto or Kenya), note the near-simultaneous rise of an “alt-left.”

They engage in the same tallying of average IQ scores and longing for ethnic homelands as the alt-right but also like welfare, regulation, taxes on the rich, and most of the usual lefty stuff. And why should that surprise us, after all? If, as economist Bryan Caplan has suggested, the left is mainly motivated by its opposition to markets and the right is mainly just motivated by opposition to the left, there’s no reason racism has to come down clearly in one column or the other. There’s plenty of it to go around.

The left would find it much harder than the right strategically to sever alliances built with minority and marginalized populations, so I’m not expecting the alt-left to make great inroads into mainstream politics. Then again, relentless optimist that I apparently am, I’ve also been taken by surprise by the 21st century resurgence of anti-Semitism on both sides of the political spectrum, so you never know.

I assumed humanity had mostly gotten anti-Semitism out of its system—in rather big, spectacular, stupid fashion, as you may recall—back in the 20th century. But post-9/11 resentment of the West’s ties to Israel was a big spur to anti-Semitism’s resurgence on the left. A decade later, it started cropping up among conspiracy theorists on the right seeking some overarching explanation for tough times following the financial crisis. Now, it seems to be growing even more intense back over on the left as campus activists in the U.S. and politicians in the EU rush to show their solidarity with radical Islam (which will never truly be their friend, no matter how they grovel before it).

One online alt-left writer describes the nascent movement as being like something sprung from that brief moment in time between Mussolini’s abandonment of Marxism and embrace of fascism (never forget that fascism really did grow out of socialism) and notes that some alt-right folk may drift left out of a fondness (like the Nazis') for environmentalism. And so the insane, Net-assisted ferment continues. It’s never going to stop, is it?