538 Notices There’s Something Weird About the Data 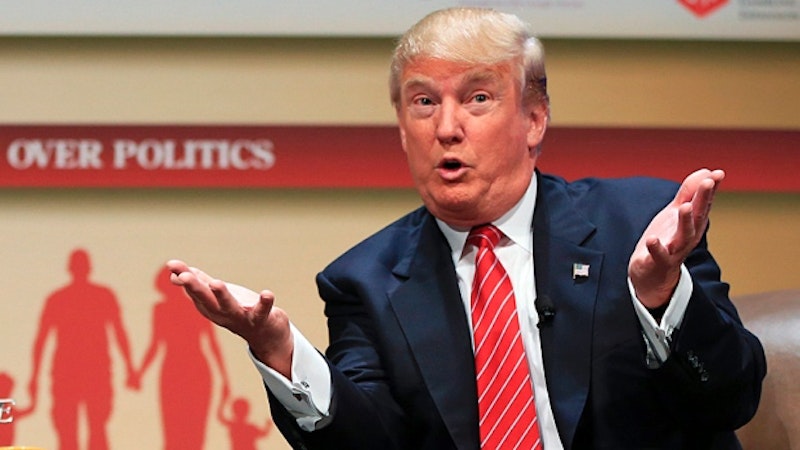 Over at 538, Harry Enten has admitted to half of a big mistake. “The problem, of course, is that this data set is incredibly small,” he writes. “There have been only 14 party primaries without an incumbent president running for re-election since 1972. Any pattern that appears in such a small data set may have occurred only by chance.” Hence, he says, the complete failure of his prediction that Donald Trump would not be nominated for president by the Republican Party.

That’s the first half of the mistake. He doesn’t talk about the second half, which is that he took a look at this skimpy data and made a prediction. Bring a surgeon somebody who’s missing heart and lungs, and the surgeon will say this isn’t enough to work with. Show Harry Enten a skimpy, incomplete data set—an “incredibly small” data set—and he won’t notice a problem for 10 or 11 months. People in Indiana have to vote before he’ll notice. Ted Cruz and John Kasich have to give press conferences saying they’re no longer candidates.

Then Enten fidgets in his lab coat, holds a spread sheet up to the light, and says, “Wait a second.” Tensely he calls to the next lab table. “Boss,” he says. “Boss. I think we’ve got a problem.”

Nate Silver looks up, light from the data emulsifier casting strips across his face. “Harry, can it wait?” asks a weary Silver. “I’m deciding whether a third-party candidate can win.”

“It just occurred to me,” Enten says, “that, well, that there’ve been only 14 party primaries without an incumbent president running for re-election since 1972.” Silver removes his glasses. “Fourteen?” he says, voice now alert. In the silence, the familiar rumble-purr of the lab’s demo-amalgamator acquires an ominous sound.

“One-four,” says Enten, grim. “A year’s worth of predictions resting on…”

“Wish we’d spotted this,” Silver says heavily. “I wish we had. What tipped you off?”

“Really not enough,” Silver says. “Oh well.” The light from his panel’s data emulsifier washes over his face. He’s gone back to work. Enten waits a moment, wondering if his boss has anything more to say. Then he goes back to work too. First he finishes “The Four Things I Learned from the Donald Trump Primary.” Then he makes more predictions.

Who said it first. Mark McKinnon is a campaign operative and PR hustler who’s been around for three decades or so. In 2012 he took part in a roundtable on that year’s presidential race. “We try and predict these things,” he said (go to 11:50). “But our predictions are always based on what I call pattern recognition. It’s just things that have happened before that we assume, because of the pattern, will happen again, and we have a very limited history, really. I think of all the times that people said things wouldn’t happen, like electing a black president, and then you elect a black president.”

The key phrase is “a very limited history.” That’s what people call an incredibly small data set when they aren’t trained in statistics but still know how to count.