The Conservative School-To-Pundit Pipeline Is Bad for the Right 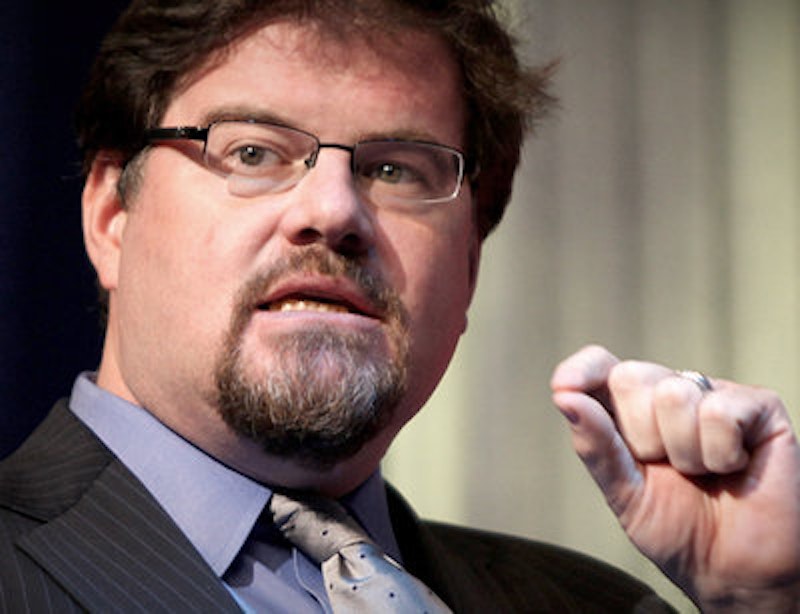 Has Jonah Goldberg ever dug a ditch?

It’s a question I thought about recently when Goldberg, a conservative columnist, recently criticized Jimmy Kimmel. Kimmel made headlines recently when his newborn son had a medical problem, leading the late-night host to tearfully plead for health care coverage even for those with preexisting conditions.

In response, Goldberg wrote a column arguing against empathy. A line: “Adolf Hitler was a master of empathy—for ethnic Germans in the Sudetenland, Austria, and elsewhere. The cause of nationalist empathy for the German tribe triggered profound moral blindness for the plight, and even the humanity, of Jews, Gypsies, and Slavs.”

Only someone who has no real life experience could’ve written something as tone-deaf. Despite the fact that they make fun of cosseted college students for being “snowflakes,” too many conservative journalists need to escape their own bubbles. One gets the sense that Goldberg is someone who has a very narrow circle of friends and interests.

Goldberg’s position as a conservative pundit was earned early, which isn’t atypical for the right. He avoided engaging with the world, instead narrowcasting on responding to the left. Goldberg, 48, grew up on the Upper West Side in Manhattan. He graduated from Goucher College in 1991, and moved to Washington to take a job at the American Enterprise Institute. He then joined National Review, where he’s been ever since. Goldberg, Ben Shapiro, Laura Ingraham, John Podhoretz, Tomi Lahren—all these people gained their perches without a substantial period of apprenticeship where they could make the mistakes that lead to humility, which is a precursor to compassion and empathy. Years of Twitter battles with liberals make the other intellectual and emotional muscles atrophy, leading to rhetorical misjudgments—like attacking a man whose newborn son almost died. It’s like the old joke about the specialist: someone who knows more and more about less and less until he knows everything about nothing.

It’s not even that Goldberg is wrong when he argues that empathy arises out of witnessing an emotionally wrought person can cause hasty decisions to change policy, change which might actually hurt people. It’s possible to make the case for not getting washed away with empathy when making public policy. Furthermore, conservatives, unlike college liberal snowflakes, are for free speech.

Despite all that, the anti-empathy column had an enervating effect on me, like dealing with the know-it-all college student whose self-assurance on his pet topic, which he’s been hammering at for years, is getting old. Such students eventually are thrust into the real world, where they have to scrape by, interact with others, and often reevaluate their certainties. This is especially true for journalists. After he graduated from college Tom Wolfe was offered teaching jobs in academia but chose to work as a reporter. At The Washington Post, Wolfe requested the city beat other than politics. He won an award from the Newspaper Guild for foreign reporting in Cuba in 1961. Wolfe has written about Las Vegas, NASCAR, astronauts, hippies, language, yuppies, Phil Specter, modern art, and college sex, to name just several topics. His hard work has also given Wolfe a sense of prudence, allowing him to not just react to everything (the way the conservative blogosphere does), but also a sense of empathy, which is part of what makes his writing so beautiful.

Jimmy Kimmel never graduated from college. His career in the radio industry started when he was at high school and hosted a Sunday night show on the college radio station KUNV. After that he went from job to job in radio, getting fired, getting hired, honing his craft, scraping by. Eventually he made it, and now has his own TV show. Although sometimes cited as an example of liberal Hollywood, Kimmel’s story is a much more powerful example of conservative values than Goldberg’s cerebral but heartless lecturing.