We Just Need to Wait for Impeachment 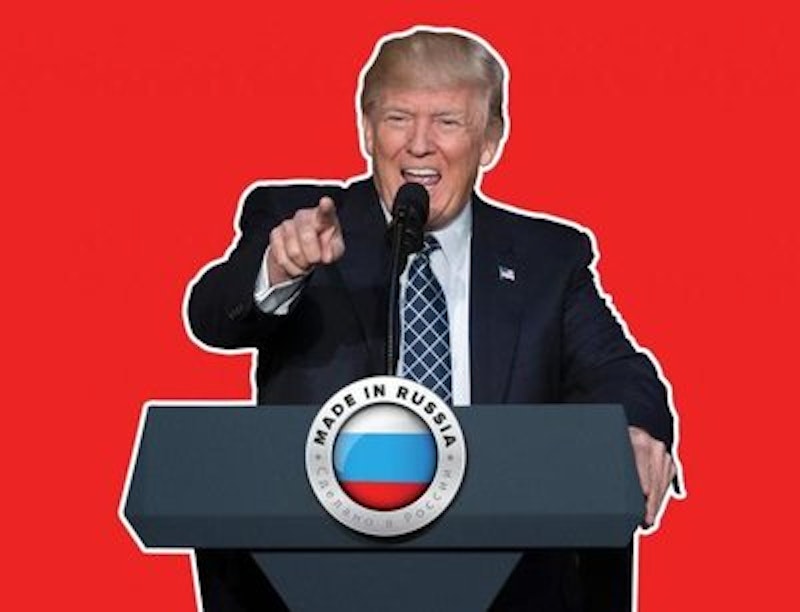 One of the big problems with the opposition to Donald Trump is that it's extremely undiscriminating. If you're Charles Blow, Eugene Robinson, Jake Tapper or Joe Scarborough, every day brings a new outrage that jacks you up to max hyperbole about mental illness, unfitness for office, clear and present danger, and so on. A nasty crack about Elizabeth Warren or CNN seems to worry these people as much as the tax code or the specter of war. Their problem really is that Trump is radically the wrong sort of person, that he's constantly behaving “inappropriately” by these folks' lights, and they’ve dedicated their lives to policing appropriateness. They're constantly freaking out because they need a presidential president to feel safe. For people like that—people desperate to be blandly subordinated—an inappropriate tweet is as bad as an obstruction of justice, or worse.

A pretty good indication of this inability to make basic distinctions is provided by the pro-impeachment ads of the hedge-fund billionaire Tom Steyer, now in heavy rotation. He doesn’t appear to be actually thinking about impeachment, just about venting a variety of complaints, and it remains mysterious how a television campaign, aimed at people who already agree, could help bring about a real impeachment. Steyer always seems to lead with North Korea, for example, but there’s nothing even remotely impeachable there. Seriously, he appears to think that insulting Kim Jong Un is an impeachable offense.

One thing to note: saying “They will be met with fire and fury” is just a more colorful way of expressing exactly what Obama or Clinton expressed when they say “No option is off the table.” It's not the threat that offends people; it's the “inappropriate language” of “Little Rocket Man.” But you can't impeach a president on the grounds that you don't like his tone.

A lot of the screaming this year has been irrelevant and stupid, and it’s made it harder to distinguish substantive problems from funky tweets. But Steyer and Blow were never going to do anything for impeachment with the continual indiscriminate hysteria. All they, or any of us really, have to do is wait. In terms of actually removing Trump from office, psychological diagnoses from afar are irrelevant. But the Russia connection always looked absolutely devastating. The stuff that has emerged and is emerging is definitely in the “high crimes and misdemeanors” arena. I think that it's going to turn out that Trump has been operating to a significant extent as the agent of a hostile power. There has never been a better reason to impeach a president.

And he's going to be impeached, I believe; I've thought so since the election. Michael Flynn is singing. Jared Kushner is likely to be charged in the coming weeks. Astonishingly, Kushner proposed meetings with Russian officials at a secure room in the Russian embassy during the transition, presumably in an extremely counter-productive attempt to evade FBI surveillance. If there was a dovetail between the social media and information operations of the Trump campaign and the FSB, Kushner was at the center of it. He has had many reasons and occasions to lie to the FBI. And then there are his finances.

Jeff Sessions is in legal jeopardy on many of the same grounds: secret meetings, false disclosures, lying under oath. These people can be turned, but I don't think Robert Mueller needs much more than he's got already to indicate publicly, as he proceeds, that the president is a co-conspirator. Once Mueller really has a full picture of the communications on these matters of all these people with Trump, it's going to be obvious that Trump very much knew the outlines of what was happening or actively directed it. As it unfolded, perhaps he continued to try to figure out how to put a hotel in Moscow.

Republicans in Congress have taken a lot of grief for not jumping off the Trump train, though of course a number of them have. But he has alienated many of them. There’s going to be that moment, that story, or that defection which starts them stampeding in the other direction, and I think it’ll happen in the next few weeks. They'll suddenly see how they can disassociate themselves from him, and they'll suddenly see that they'd better. Then they’ll want him gone quickly, before jockeying begins for 2020. They'll threaten him with impeachment in the hopes that he'll resign. If he doesn't, they'll impeach him and remove him from office, and be justified in doing so. Or at least, I think that's a likely scenario.

One reason I'll be happy to see Trump go is that CNN and The New York Times will be able to regain a semblance of composure.