The Pandemic as a Foil for Conspiracy Theories

Is Bill Gates behind coronavirus? 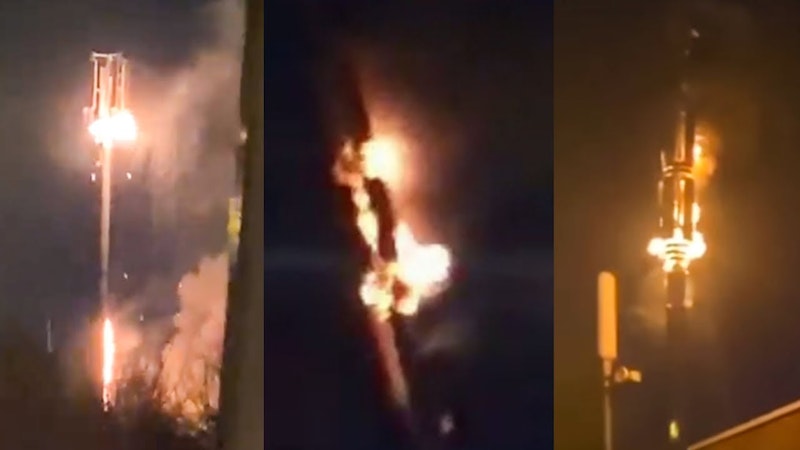 A friend of mine who lives in Texas went stir-crazy and decided to ditch social distancing over the weekend by going to a small gathering of people at a friend's house. Those in attendance believed the lockdown was oppressive. During the inevitable discussion of coronavirus, the subject of masks came up. One of the guests, a yoga instructor, said she refused to wear one because, in fact, coronavirus doesn’t exist. Rather, the pandemic is a result of the frequency waves emitted by 5G technology "magnifying" the rays of the sun, producing symptoms identical to those of COVID-19. When my friend offered a mild objection (she was trying to be polite), the woman said that a map of where 5G is most prevalent in the U.S. looks just like a map tracking COVID-19 infections. She also cited several experts as the sources of her unconventional opinions, but the only name my friend can remember is Dr. Shiva Ayyadurai.

Could there be any situation riper for conspiracy theories than a pandemic? The enemy's mysterious, invisible, so the imagination runs amok among those inclined to suspect that the deep state or the Rothschilds are responsible for most of the world's ills. The original pandemic "conspiracy theory" was that coronavirus originated in a lab in Wuhan, China. There's no hard evidence to prove that, at least not yet, but The Washington Post has reported that U.S. Embassy officials visited the lab two years ago and then sent two official warnings about lax safety standards back to Washington. Dr. Anthony Fauci has said that the virus didn't come from the lab, but nevertheless it's still a developing story, as opposed to a conspiracy theory.

The crackpot 5G theory isn’t a developing story. That one's strictly for the crowd that's been warning about the dangers of such "phenomena" as chemtrails for years. Ayyadurai is an Indian-American scientist, engineer, and entrepreneur who first gained a name for himself with his widely-disputed claim that he invented the software behind email as a 14-year-old New Jersey high school student in the late-1970s. He's still making that claim on his Twitter profile, although the general consensus is that technologist Ray Tomlinson invented email. Ayyadurai has a Ph.D. in biological engineering from MIT, and some quick research revealed that he's not the source of the 5G/sun rays theory.

Ayyadurai's a leader in the growing contingent of Americans who believe that the government's gone overboard with the lockdown—that the threat of COVID-19 is overhyped. He believes that Fauci should be prosecuted, and that the deep state has purposefully crashed the economy so that it’ll be able to push mandated medical care on everyone. Ayyadurai also says there's a network—made up of the NIH, CDC, WHO, the Gates Foundation, the Clinton Global Initiative, the Chan Zuckerman Initiative, and Big Pharma—that amounts to a "shadow government" fronted by Fauci. This ghost state is dedicated to eventually forcing a coronavirus vaccination on everyone and mandating that people will need a vaccination card to get into places like gyms.

Ayyadurai claimed, during an appearance on Next News (a YouTube conspiracy theory channel) that Fauci put out a petition for his fans to circulate so he could become People Magazine's Sexiest Man Alive, but that he was only able to get 10,000 votes in 10 days, whereas his own petition to fire Fauci got 40,000 votes. The petition exists, but it's laughable to suggest it was Fauci's doing.

Ayyadurai's conspiratorial musings were coherent during the interview until that comment, but suggesting that a 79-year-old man who's fighting a pandemic is simultaneously lobbying to become a sex symbol makes him sound like a kook. He also spoke of encouraging people to take vitamins C, A, and D, and iodine, in order to "juice up" their immune systems. This, in his opinion, would be a superior substitute for quarantining.

As for the 5G conspiracy theory (there are several variations), which QAnon can take credit for, arsonists in the United Kingdom and Europe have destroyed cell phone towers, including one serving a field hospital treating COVID-19 patients. Reckless celebrities are using their platforms to spread ignorance. John Cusack tweeted, then deleted, "5G will be proven to be very very bad for people’s health,” and then called people who disagreed “just DUMB and f---ing sheep.” Woody Harrelson posted on Instagram, and then deleted, the idea that "5G radiation" is “exacerbating” the contagion’s spread and making it more lethal." The actor added that he hadn't "fully vetted" his theory yet, perhaps not understanding how inadvisable it is to spread rumors during a global panic.

Conspiracy theories aimed at Bill Gates are all over YouTube, Facebook, and Twitter. The 10 most popular YouTube videos disseminating falsehoods about the Microsoft co-founder and coronavirus were viewed almost five million times in March and April. According to some, the Seattle philanthropist created coronavirus in order to profit from a vaccine, which may never come. Among the other accusations circulating is that he's part of a plot to "thin the herd" because of his "depopulation agenda," he's trying to install a global surveillance system, or he wants to plant microchips in everyone to fight the virus.