An Interview With Marshall Auerback 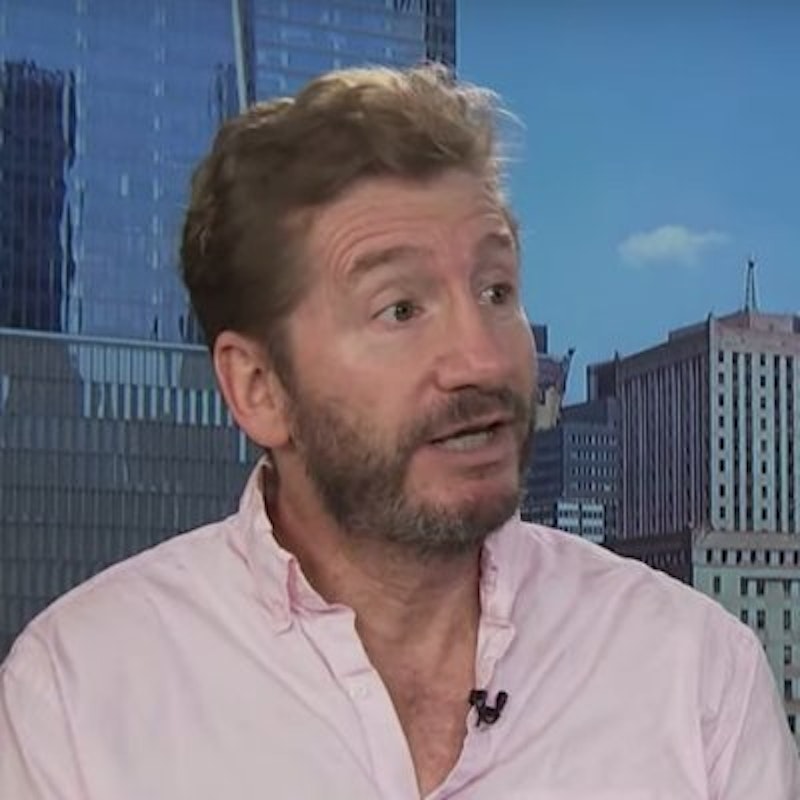 Marshall Auerback is a fellow of Economists for Peace and Security at the Levy institute of Bard College, a think tank devoted to the study of Modern Monetary Theory (MMT). He's also a macro strategist with Holam Trading, a private equity firm focused largely on Europe and Asia, with 30 years experience as a portfolio manager. Auerback has been published in, among others, The Nation, Salon, and The American Conservative.

Splice Today: Let's start with a quick description of what MMT is, for those not familiar with this fairly new economic theory.

Marshall Auerback: In the most basic terms, I’d say that the key MMT insight is that states that issue a fiat currency that’s not backed by any metal or pegged to another currency are in no way constrained in their ability to fund government operations.

ST: Then how is money created?

MA: The money’s created electronically via computer keystrokes. Hence, these governments are said to be “sovereign” in their own currencies. They can never run out of money, unlike a household or a private business. Nor can they face solvency issues, so long as they don’t borrow in a foreign currency. To be sure, sovereign governments do face real resource constraints, but any perceived financing constraints are more arbitrary than real, given their powers as a monopoly currency issuer.

ST: Are you saying that taxes do not fund federal funding?

ST: What does that say about MMT principles being applied at other levels of government besides the federal government in order to provide economic relief during the COVID-19 crisis?

MA: A currency user doesn’t have the fiscal capacity of a currency issuer. So a state or a municipality—like Detroit—can go bust, much like a household or a business can. Not so Uncle Sam, unless we impose arbitrary limits on its currency issuing function as we do via the debt ceiling. I've likened that in the past to a runner arbitrarily deciding to tie his shoelaces together before he starts a race.

ST: What does it mean to be a currency issuer rather than a currency user?

MA: When a nation, such as the U.S., physically prints its own currency, it's a currency issuer. It can’t write a check that will bounce. American states, on the other hand, have no printing presses, so they are currency users. Greece is a currency user as well, so comparisons between the economic systems of Greece and the U.S. are fundamentally flawed.

ST: With all the government spending that's coming in response to the pandemic, is inflation inevitable?

MA: We created trillions of dollars in 2008 and beyond and there was no inflation. So it's not deficits per se that are a problem, but how we direct the funds.

ST: The stimulus packages related to the pandemic are going to spark some speculation on possible dangers of inflation and even hyperinflation. So to examine whether or not these concerns are relevant to our current situation, let's look at some historical instances of hyperinflation, beginning with Germany's Weimar Republic, which you often hear about as a prime example of the dangers of overspending. In a nutshell, what happened there?

MA: In Weimar Germany, you already had an economy that had been largely destroyed. Substantial debt reparations were repayable in gold, which meant Germany authorities had to print an increasingly large amount of domestic currency to make the debt payments. Then workers in the Ruhr Valley, the nation's industrial heart, went on strike, so production dropped off dramatically. That's the recipe for hyperinflation.

ST: So there was way too much money being printed, but little to buy. How about Zimbabwe?

MA: You had an economy already damaged by extensive civil war. Land reform meant that farms were being taken from white Zimbabweans of European ancestry and turned over to native Zimbabweans who knew little about farming. Forty-five percent of the food output capacity got destroyed, meaning food had to be imported with a rapidly devaluing currency. Infrastructure was trashed, crippling production. In 2007, only 18.9 percent of Zimbabwe’s industrial capacity was being used.

ST: Both the agricultural and industrial sectors stopped producing goods to purchase, so hyperinflation resulted. Venezuela?

MA: Venezuela is very similar to Zimbabwe. You have large foreign debts and a severely impaired productive sector that fails to produce essential goods, but the government keeps creating large amounts of domestic currency with minimal productive capacity to meet the demand, so inflation explodes.

ST: So contrary to what you might hear, hyperinflation isn't simply the result of government overspending?

MA: That's correct. A good question to ask is whether the spending is directed towards enhancing the nation's productive capacity, which would diminish inflationary risks, or something else? Because hyperinflationary episodes occur when you're paying people in domestic currency, but the productive capacity of the economy is impaired. So you get the classic too much money chasing too few goods.

ST: Many people, mostly Democrats, are worried that Trump wants to start the economy back up in too much of a hurry. What are your thoughts?

MA: Trump’s right to be concerned about reopening the economy. Even if we have sufficiently generous relief programs in place to put a floor on economic contraction, you need to get the productive side of the economy back to action soon, or you could face potentially hyperinflationary situations. But framing the argument in this context does not invalidate MMT. On the contrary, it’s perfectly consistent with the MMT framework.

ST: So there are no constraints on U.S. fiscal policy?

MA: The constraint is a real resource constraint, not a financial constraint. When analyzing the topic of spending constraints, you also have to consider other factors such as whether the government is a currency issuer or a currency user? Is the debt denominated locally or is it foreign denominated debt? All of these factors are considered by MMTers.

ST: Do you have an estimate of how much federal spending is needed to deal with this health crisis? More than the 2007/2008 financial meltdown?

MA: Much more than 2008. During that time, the job losses were quite high, but they arrived in a more gradual fashion—over several months, rather than weeks. We’re seeing job losses that will likely match the Great Depression in terms of percentage of unemployed, but we’re getting there in an unprecedentedly quick amount of time.

ST: Do you think our leadership is up to the task?

MA: I'm not sure the political class yet appreciates the scale and timing for immediate relief and, later, stimulus that will be required to keep the economy going, especially given the likely challenges of rolling waves of selective quarantines and lockdowns as we restart economic activity.

ST: Is there one particular aspect of the coming government stimulus that you're pessimistic about?

MA: Our political class is profoundly corrupt, which means making allowances for the fact that the stimulus package will likely go to the political favorites and exacerbate prevailing inequalities. That's a major long-term problem going forward. We need more relief, and fewer corporate bailouts.

ST: How are we going to handle the massive unemployment that is underway?

ST: What would that entail?

MA: Effectively it means that the government assumes the payroll obligations of the businesses that have been shut down.

MA: If the government paid 100 percent of total labor compensation for three months, it would be spending $2.85 trillion. The $2 trillion budget it just appropriated would’ve covered much of that expense. Instead, the current package does little to protect or heal the labor market, which means that mass unemployment will be with us for a long while, without a doubt necessitating another stimulus to deal with the repercussions. The St. Louis Federal Reserve estimates that unemployment may reach 30 percent, higher than what we experienced during the Great Depression.

ST: Besides receiving a guaranteed salary, could workers expect any other benefits from this sort of program?

MA: The federal government could also provide living wages to essential workers by providing guaranteed benefits, such as paid leave, right to bargain, healthcare, etc., as opposed to preserving the inequalities that we have in the existing labor markets, where essential personnel who are risking their lives each day are being paid peanuts.