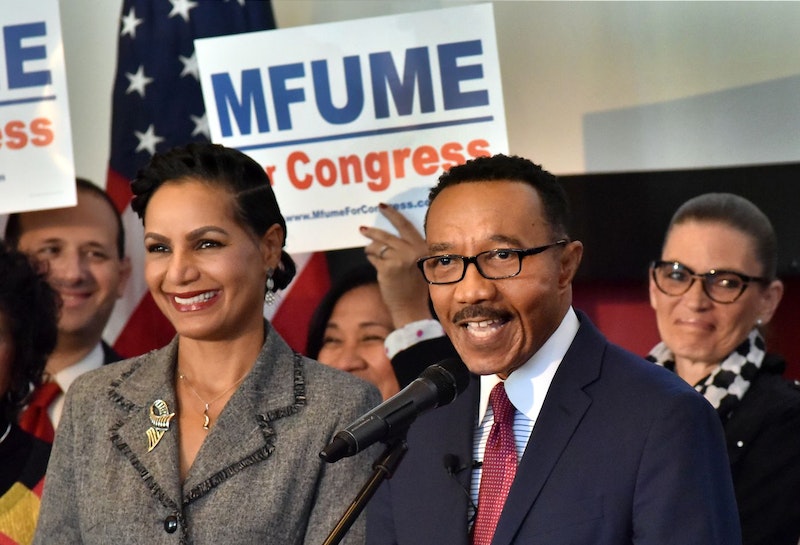 Rep. Justin Amash, who recently left the Republican Party, appears likely to seek the Libertarian Party’s presidential nomination at its convention in Austin, TX next month. He’d be a fine choice and despite his prior party affiliation would make it harder than usual for leftists to say Libertarians are just Republicans in disguise, since Amash favored Trump’s impeachment and as the son of Syrian and Palestinian refugees doesn’t fit the Democrats’ “it’s either us or those racist xenophobes” narrative.

However, the more inside-the-family Libertarian Party favorite before this latest incursion into the Party by disgruntled Republicans was arguably lawyer, author, and thinktank founder Jacob Hornberger. Ideologically, he’s one of those consistent libertarians you can support without having to make some horrific compromise—and he’s at least as articulate and presentable as Amash—but by public relations standards, it seems there’s always some catch that makes the true libertarian a slightly tougher sell, and in this case, I’d imagine some will dismiss him for being a book-writing Kennedy assassination conspiracy theorist, regardless of his other achievements.

Note that, as usual, I’m not dismissing the possibility of a Kennedy conspiracy, but it’s risky if turned into a wedge issue. Hornberger might not intend to make it one in the general election, but he has already implicitly made it one of his arguments against Amash in the primary, since Amash defends the existence of the CIA (if you must have a government, it arguably has certain basic security duties, etc., etc.), whereas the conspiracy theorists have long contended the CIA may have had a hand in the Kennedy assassination. (I don’t know whether it did, though it has certainly had its hands in countless other inappropriate places. Coups are one of the agency’s specialties.)

Hornberger, Amash, or almost any other libertarian would be a big improvement over politics as usual, though, with or without eccentricities. The other political factions all want to use your body and property without your permission, after all.

And this might not be such a bad time to increase opposition to the intelligence sector anyway. Military secrets-leaker Chelsea Manning gained some renewed sympathy and a release from jail (again) earlier this year, while admirers continue to watch the health status of still-jailed secrets-publisher (and new dad) Julian Assange. Tulsi Gabbard acquired a devoted fanbase through her anti-imperialism.

I wish that before Sanders and (weird Obama-speech plagiarizer) Buttigieg both dropped out of the Democrat primary, we’d gotten to see them tussle over Sanders’ past calls for abolishing the CIA and Buttigieg’s denials that there’s anything fishy about his stint in naval intelligence. In an alternate timeline, they might’ve become awkward partners on the Democratic ticket. Now, Bernie’s just one more Biden voter. Here’s hoping he doesn’t have to further humiliate himself by saying nice things about cold-blooded anti-drug warrior supreme Kamala Harris if she ends up Biden’s running mate.

In lieu of a serious debate about intel and war among the Democrats, I’ll take solace in a relatively nuanced series finale of Homeland this coming Sunday, as about six factions fight over a fictionalized Afghanistan. It’s bound to be more subtle than the clumsy, non-sequitur anti-gun episode of The Blacklist broadcast last week, after seven years of the crime-fighting main characters settling hundreds of disputes with guns licit and illicit, bending innumerable laws along the way. This episode was like those phony Victorian novels that depict sexy whorehouses for 300 pages and then feature a tacked-on 10-page conversion of the main character to Christianity at the end, in this case with perfunctory Hollywood liberalism substituting for religion. Pap for a new century.

With the Democratic presidential primary over aside from formalities, Sanders’ national campaign press secretary, Briahna Joy Gray, tweeting about being relieved to be able to drop “democratic” from the phrase “democratic socialist” for future Sanders-related purposes, is a perfect endnote to a political crusade both wrong and disingenuous—not to mention rude: Asked to comment on rumors he might drop out, Sanders said, in rather unpresidential (or perhaps Trumpian) fashion, “I’m dealing with a fucking global crisis—you know, we’re dealing with.” Great save. Goodbye, Senator.

As usual, Democrats have another opportunity to win simply by laying low or acting sane but will do neither. Instead champing at the bit to seize power, most will behave like aptly-named MSNBC host Stephanie Ruhle, who asked a guest while discussing Biden, “Should he be creating his own shadow government, shadow cabinet, shadow SWAT team?” Creepy.

Biden, as blandly nuts in his way as his activist and media supporters, sounds about as willing to meander his way toward catastrophically bad policies as toward the normalcy some Americans desire. He says some version of the mind-bogglingly expensive and literally rapid-currency-printing Green New Deal should be part of coronavirus bailout plans, and given current zero-interest-rate Fed policy, I suppose he’s more or less getting his wish.

The sexual assault allegations by a former aide against Biden, for some time covered not just by right-leaning media but by a few more or less independent-thinking left venues such as Salon and Democracy Now, finally became a fit topic for mainstream reporters (the de facto controllers of the Democratic Party, and in past decades public opinion) once Sanders was out and Biden had the nomination safely sewn up. The New York Times staff has at least been intellectually honest enough to bicker in public a bit about whether they should have covered the story sooner.

Thanks to Biden’s groping and mounting dementia, a majority of polled Democrats now favor New York Gov. Cuomo as the 2020 nominee, with his numbers especially strong among female, Hispanic, and young voters. (And the anecdotal reports of lots of women having Cuomo fantasies continue as well—he's their crisis hunk, as evolved instinct decrees, regardless of how his state fares.) I doubt anything will come of the Democrats’ Cuomo flirtation, but the political scientist’s dream of a truly divided national convention never dies.

Speaking of New York, Sanders’ infamous fellow socialist Democrat, Rep. Alexandria Ocasio-Cortez, faces a Democratic primary in her district in June in which one of her challengers is, like her, a telegenic Latina but one so pro-market as to be near-libertarian: former CNBC reporter Michelle Caruso-Cabrera. Even in territory seized by the socialists, here in locked-down New York City, hope for markets and individual liberty endures.

By contrast, that same month will see Robert Reich and other luminaries gather at Harvard to talk about ways the government education establishment should crush homeschooling. So, awful as voters may be, they’re still not half as terrible as the intellectuals. For all the horrors of the primary season, maybe there are things worse than democracy.

That means I can pause to mourn a mostly freedom-loving politician like Sen. Tom Coburn, who passed away last month—though as an anarchist, I know I must hold in even higher regard private-sector people like John Farley, former head of the Novak Fellows fund for political writers, from which I’ve benefited, who died this month after years of being one of the most pleasant people I’ve ever known. Elections aren’t nice, but in some ways, almost everything else is, when you think about it. We’ll get through the 2020 crisis, even as we steel ourselves for new outbreaks in 2022 and 2024.