The Otherization of America 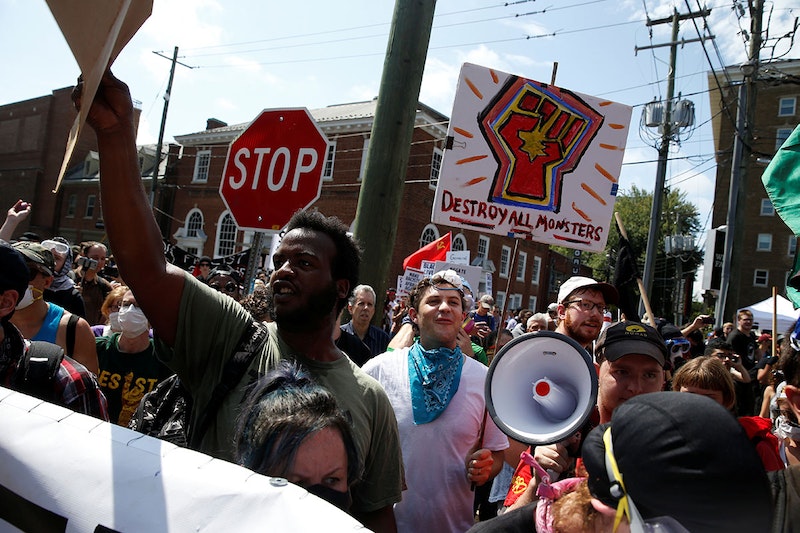 Someone living in Phnom Penh when Cambodian revolutionary Pol Pot’s Khmer Rouge army of teenage peasant guerrillas captured the capital city in 1975 might’ve been banished to the countryside for something as ludicrous as wearing glasses. Spectacles marked one as an intellectual, and intellectuals were the “other”—the enemy. Once in the country, they may have been forced to dig their own grave in the “killing fields” prior to being killed with a bullet or a hoe. It was part of a grand plan to create an agrarian Utopia, an experiment that a significant percentage of the nation's population had been deemed unfit to participate in.

The downside of Utopias is that achieving them often requires mass killings. Cambodians who were executed for having poor eyesight or speaking French weren't even considered people. They were sub-humans who'd been “otherized” to the point where their lives meant nothing. Today, rage-fueled otherizing defines the current political landscape now that Barack Obama’s vision of “hope and change” is just a faded memory. To Democrats, Republicans are mean, racist, gun-loving xenophobes. To Republicans, Democrats are terrorist-condoning, America-hating libtards. The polarization produces a funhouse mirror effect in which people on the other political side appear as stereotyped grotesques rather than as fellow Americans with different opinions. None of the caricatures seen in that mirror look like actual people worth interacting with.

Donald Trump is a dyspeptic grievance-monger dedicated to otherizing the nation, as he demonstrated with his cynical birther crusade against Barack Obama. Hillary Clinton's not above it either, as evidenced by her politically damaging “basket of deplorables” comment. With the anger level within the warring political tribes spiking, disparaging political opponents with vicious, divisive language often serves as a bonding mechanism. People choose such rhetoric to make themselves look smart or virtuous or hard-nosed in their own in-group.

It’s not that the U.S. is on the verge of having its own killing fields at this point, but the current political tone bears some resemblance to the one that's historically existed before political cataclysms occur. Hitler’s initial title for Mein Kampf was Four and a Half Years of Struggle Against Lies, Stupidity and Cowardice. Such a title would fit in with current titles such as Liberalism Is a Mental Disorder, Pinheads and Patriots, Demonic: How the Liberal Mob Is Endangering America, and Arguing With Idiots.

Connected with the otherization phenomenon is people thinking they know everything. There's a mass overconfidence in the air that's poisoning public debate, because it kills the urge to listen to the other side. What could a beta male cuckservative or a bedwetting liberal snowflake possibly have to say? Whereas back in the 1970s, Americans watched the evening news, now it's dispensed by politicized spin machines like Fox News, CNN, and MSNBC. The New York Times arrogantly insists that it reports “all the news that's fit to print,” but neglects to add “in service of our agenda.”

Social media is full of unchecked rage and otherizing. The distance provided by the Internet relieves the need to act decently. People become abstractions unworthy of even the minimal level of civility. An article I recently wrote for Splice Today about the right to offend people angered a Baltimore-based, regressive left-wing journalist. The column was, as he put it on Twitter, “reveling in white boy cliches” and “lazy thinking,” but he offered no actual rebuttal of anything I'd written. The angry writer tweeted that I'm a right winger (I voted for Bernie Sanders) and that I'm the sort of person who “rages against Black History Month,” which was both untrue and bizarre, given that neither my article nor anything I’d said to him on Twitter had anything to do with race.

This sort of freaky, unhinged behavior is a product of the fractured times. A John Jay College of Criminal Justice professor, a self-proclaimed “antifacist,” recently got suspended for saying, ”It’s a privilege to teach future dead cops.” Intoxicated by his righteous fury, he's able to interact with young people as a trusted educator while simultaneously hoping they soon die. While it's clear evidence of a disturbed mind, it's nevertheless a sentiment that the professor’s proud to share publicly.

The American system was born out of anger, but built to run on cooperation and compromise. Anger politics is self-indulgent and counterproductive. It's a tactic of lazy cynics, designed to confirm biases rather than sway opinions. Trump otherizes by calling the black NFL players who take knees for the national anthem “sons of bitches.” What can be expected from someone who thinks there were some “very fine people” among the committed racists demonstrating in Charlottesville. This sort of race baiting will work for him politically, to the detriment of a nation starved for safe water cooler conversations. It's unfortunate that in a time when people are so frequently caving in to their own worst instincts, we have a president who has never once chosen to take the high road.