History of the Anthem

The meaning behind the words. 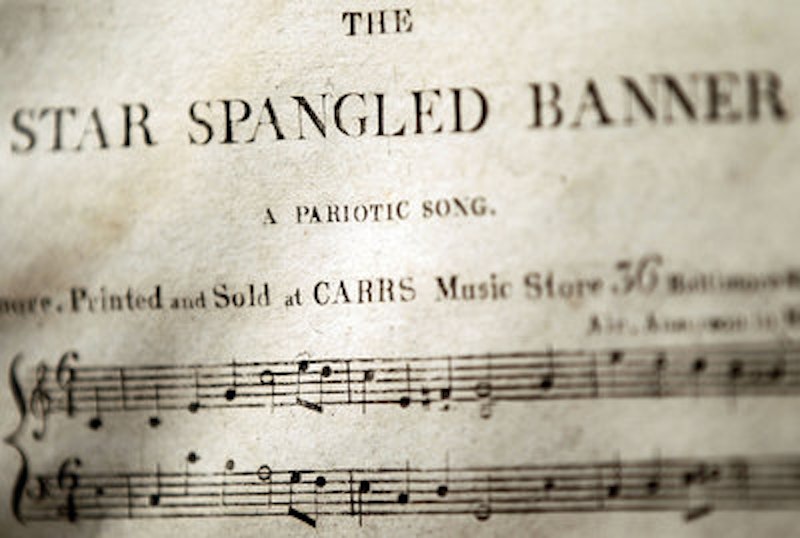 I have mixed feelings about the NFL protesting the national anthem. I don’t condone it, but Donald Trump shouldn’t be attacking NFL players for exercising freedom of speech. Doesn’t he have better things to do?

One thing Colin Kaepernick, Trump and the other protesting players and coaches probably have in common is not knowing all the words of the entire anthem.

One story goes that Francis Scott Key was a prisoner on a British ship during the War of 1812 and wrote the poem while watching American troops battle the invading British in Baltimore. Ironically, the War of 1812 was a war of aggression that began by the U.S. attempting to snag Canada from the British Empire.

Some of these troops included Colonial Marines, slaves who were offered their freedom in return for fighting for the British. Families would find their way to British ships that accepted everyone and vowed no one would be returned to their owners.

Key was an aristocrat and slave-owner, and although he believed slaves were mentally inferior, he did believe they deserved kind treatment.

At the Battle of Bladensburg, Key, who was serving as a lieutenant at the time, ran into a battalion of Colonial Marines. Black soldiers captured his troops and he retreated to his home in Georgetown. The British, emboldened by their victory in Bladensburg, marched into Washington, D.C. to burn the Library of Congress, the Capitol and the White House. Key must have been incensed seeing black slaves trampling over his hometown.

Part of the third stanza reads:

And where is that band who so vauntingly swore,

That the havoc of war and the battle’s confusion

A home and a Country should leave us no more

No refuge could save the hireling and slave

Key was saying that the blood of the slaves and hirelings on the battlefield would wash away the pollution of the British invaders. He believed slaves who tried to free themselves deserved to die.

After the War of 1812, when a peace treaty was signed, the U.S. government demanded the return of American “property,” around 6000 people. The British refused, and most of the former slaves moved to Canada.

Although the poem was often played by the military at various ceremonies, it was not until over 100 years later when President Hoover signed the bill to adopt “The Star-Spangled Banner” as the national anthem.