It’s natural to be cynical, but let’s take the paper’s switch at face value. 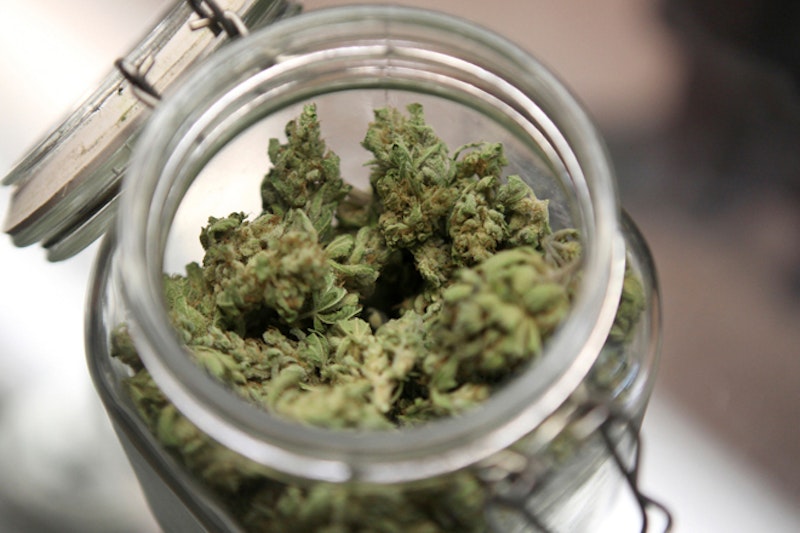 It’s a rarity when The New York Times publishes an article that falls into the “stunner” category, one that deviates from its ironclad preaching-to-the-converted orthodoxy. I can’t remember the last instance when the Times breached its strategy and made me do a double-take—yes, the announcement that Frank Rich was leaving the paper for the marginalized New York raised a celebratory eyebrow, but that was ultimately just a personnel move. Ditto for Jill Abramson. So over the weekend when the Times ran a smart (and way, way overdue) editorial calling for the legalization of marijuana, it took me aback. I’ve no idea whether the Times’ advocacy for legal pot will have any effect on public opinion (which the paper is trailing, anyway) or state legislatures—I suspect not—but when the country’s most moralistic newspaper concludes: “[I]t is long past time to repeal this version of Prohibition,” it’s a news event. No joshing.

It’s all the more surprising since at the beginning of January the Times ran an editorial, “The Marijuana Experiment,” that was skeptical of legalization, taking a Mike Bloomberg nanny-state view that well, we’re just not sure it’s time for such a major change. It cited, for example, the possibility that accessible marijuana might encourage the use of alcohol. Other concerns: retail shops in Colorado and Washington might charge more than the black market; the problem of “THC-infused sweets, like cannabis gummy bears and brownies; cross-border trafficking; and of course, “the children,” noting that “36 percent of 12th graders reported having used marijuana in 2013.”

Around that period, David Brooks wrote a very stupid, even for him, column that I joked was a way for the Boomers that run the Times to gauge opinion on what, to any sensible person, is a clear-cut matter. Brooks, who claimed he was a stoner in high school but had moved on, argued that the government should discourage such activity since it leaves people with muddled brains and little motivation. One might conclude that Brooks, despite not toking anymore, was Example A of elite-white-pundit of mushy thinking, but that would be uncharitable. Oh, wait, that’s what I’ve called Brooks for years, so get me to confession!

Any move by the Times, whether in its business or editorial content, is fair game for cynicism, especially under the embarrassing tenure of publisher Arthur Sulzberger, Jr., and last weekend’s turnabout on marijuana legalization is no exception. With its core readership aging, was the Times making a pitch to Americans under 40, hoping to snare them into their digital morass? Don’t think that’ll work. Was the paper’s editorial board attempting to break out of its sloth, and, in the age of BuzzFeed and Nick Denton-websites, attempting to take center stage in what’s noxiously called “the national conversation”? That would be a Tina Brown too-little-too-late gambit in my opinion, but better than its status quo.

Naturally, the Times didn’t completely abandon its heavy-handed, noblesse oblige, liberal guilt water pistol, particularly when mentioning the unconscionably high number of marijuana arrests (680,000 in 2012). For example: “Even worse, the result is racist, falling disproportionately on young black men, ruining their lives and creating generations of career criminals.” I’m not denying that cops nationwide cherry-pick minorities (not just “young black men”) but claiming that a pot bust “ruins lives” is a sweeping generalization.

But let’s forget all that and take the Times’ about-face as a welcome, and maybe even productive, shift in editorial policy. After all, there’s no squabble with this sentence: “Claims that marijuana is a gateway to more dangerous drugs are as fanciful as the ‘Reefer Madness’ images of murder, rape and suicide.” Millions of Americans laughed at Reefer Madness decades ago, but let’s not end on a churlish note, and simply accept the Times editorial board members as late-arriving party guests.