What will the Republicans make of it? 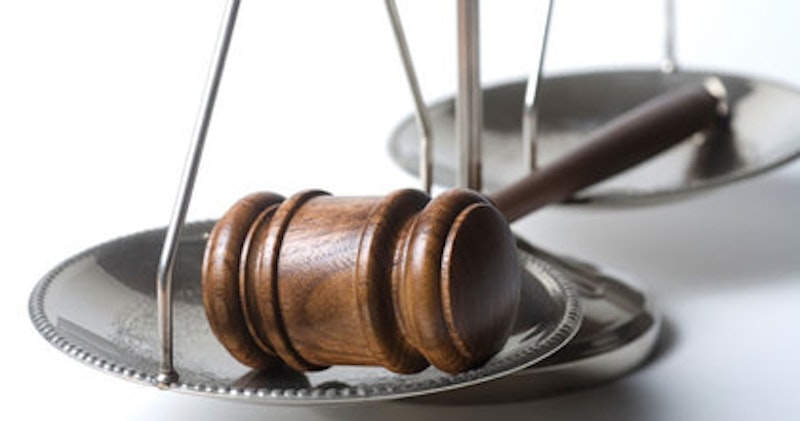 Ruth Bader Ginsburg and Stephen Breyer should’ve retired. Or at least, they should’ve retired if they wanted to ensure that the Supreme Court continues to work towards the judicial goals and principals they've championed during their tenure. But neither of them did. So, where does that leave us?

The future is always in motion, and predicting it is notoriously tricky. Still, there are a few clear options. The first one is that Breyer and Ginsburg gambled right, and neither of them has any serious health problems for a decade or more. That's an eventuality worth hoping for, and it's certainly a possibility, though hardly a certainty, since Ginsburg is 81, and Breyer's 75.

It's also possible that Ginsburg or Breyer, or one of the conservative/swing justices (Antonin Scalia and Anthony Kennedy are both 78; Clarence Thomas is 66) could be forced to retire in the near term, between 2014 and 2016. If that happens, the 2014 election results in the Senate, which confirms Supreme Court nominees, will be crucial.

If the Democrats win a narrow victory in the Senate, we'll be more or less where we were following 2008, when a Democratic Senate, along with a handful of Republicans, confirmed first Sonia Sotomayor and then Elena Kagan to the Court. Sotomayor had enough votes to overcome a filibuster; Kagan didn't, but Republicans declined to block her anyway. If the Republicans win, though, we'll have a situation more like 1987, when Ronald Reagan's nominee Robert Bork was rejected by the Democratic Senate. That resulted in the nomination of moderate Anthony Kennedy, who is still making Republicans fume on and off to this day. If the Democrats keep the Senate in 2014, then, you'd expect Obama would be able to confirm a fairly liberal nominee, like Sotomayor or Kagan. If the Republicans win, Obama might have to settle for someone more conciliatory. (Jeffrey Toobin rounds up likely candidates here.)

That's what you'd think would happen. The caveat here is that the Republicans, since 2010 especially, have been behaving somewhat unusually. This is most obvious in the House, where the Tea Party commitment to never compromising has resulted in multiple votes to repeal Obamacare, government shutdowns, threats not to pay bills—and shockingly little in the way of actual legislation. The Senate hasn't been quite as dysfunctional, but it hasn't exactly been functional either. Mitch McConnell and the Republican caucus instituted an unprecedented policy of filibustering everything. This forced Majority leader Harry Reid and the Democrats into a position where they could either gut the filibuster or let the minority stall all nominations until such time as a Republican president was elected. The Democrats hemmed and hawed, but eventually did the only thing possible and got rid of the filibuster for most judicial and executive nominees, though not for the Supreme Court.

If there is a vacancy in the Supreme Court, and the Democrats still control the Senate, will the Republicans try to filibuster any and every nominee? It seems unlikely, since they know that Reid would just jettison the filibuster in that case—but then, they knew Reid would do that for other judicial nominees as well. Nonetheless, they gave up the ability to block particularly noxious nominees so they could be seen to be symbolically blocking everyone, until they could block no more. It would be stupid for the Republicans to try to stymie Obama's ability to appoint a Supreme Court justice from the minority, but that doesn't mean they won't do it.

And what if the Republicans win the Senate? Given the extent of no-compromise-with-the-socialist-Obama rhetoric on the right, would a Republican Senate be willing to confirm any Obama appointee at all? This would especially be an issue if it were one of the conservative justices who was stepping down, giving Obama the opportunity to shift the long-term balance of the Court decisively left. Even if Obama nominated a relative moderate, Senators, with Eric Cantor's fate in mind, might not be willing to be seen to be supporting him. It's not hard to imagine a complete impasse.

The main question hovering over a possible Supreme Court vacancy isn't "Who will Obama nominate?" It's not even "Who will win the 2014 Senate elections?" The main question is, "How broken is the Republican Party?" We may find out.