What to do with illegal immigrants. 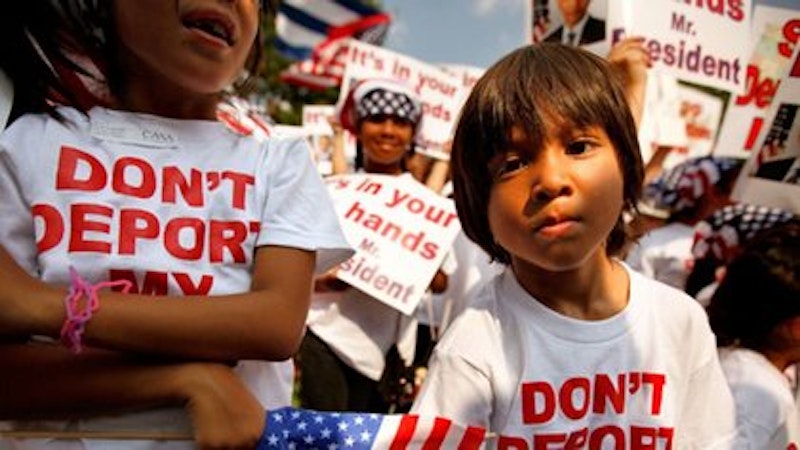 I ran into an acquaintance the other day and inquired about her daughter who’d just graduated from high school. She told me the young girl had been spending time on Capitol Hill with a church group working on immigration reform. “There’s a lot of animosity up there,” she said, “and we need to remember that, after all, we were all immigrants at one time.”

I didn’t know how to respond. I’m conflicted concerning the whole immigration debate so I just changed the subject.

My grandmother was the first in her family to arrive in America from Sicily. I know it wasn’t an easy road but I’m not so sure I can compare that to the immigration issues we’re facing today. Many of our families contain the familiar story involving arriving on Ellis Island, poor but industrious, and becoming American citizens. My grandparents became homeowners and raised four English-speaking children who went on to attend parochial schools and college.

I’m not so sure, at least here on the Eastern Shore of Maryland, if that type of assimilation holds true. A friend of mine employs a gardener from Guatemala. He understands just a handful of English words yet he’s lived here for eight years. I’ve offered to set him up with free programs that teach English. He’s just not interested. Many immigrants, especially if they are illegal, do not think of themselves as Americans even after many years.

The nation’s endless deliberation over immigration has taken a crazy turn, with the flood of immigrant children coming from Central America. 52,000 undocumented children, often traveling alone, have crossed the border since October of 2013 and predictions are that the number could reach 100,000 by year’s end. Parents desperate to offer their kids a better life send them off on a risky journey often involving rape, extortion and abuse along the way from Central America through Mexico to our shores.

Our government has sponsored foreign television and radio campaigns urging families not to send their children on this hellish and often fatal crossing. Some are kidnapped by the cartels, only to be released when the U.S. families pay money.

The others are held in U.S. border facilities that are struggling to keep afloat. Some are sent to American relatives while waiting to appear in court amidst a staggering backlog of immigration cases. In most instances, this is an opportunity for the immigrants to disappear, adding to the millions of children who will grow up illegally starting another generational cycle that does not assimilate into American society.

I don’t have the solutions. I want to be a good human being and make compassionate and moral decisions, yet are U.S. citizens compelled to pay for the care of thousands of refugees? My personal conflict reflects an ongoing conflict among groups across the U.S. There are concerns that if the government does not stem the tides of immigrants coming in, they will continue to travel to the U.S. in an even greater measure.