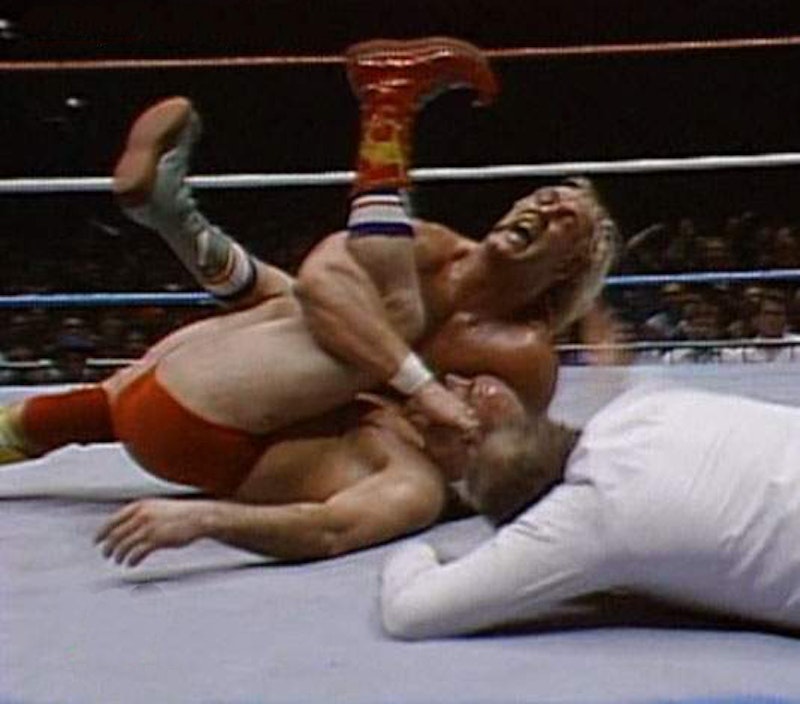 Bigs ups to The New York Times and contributor Nick Rogers for filling in their readers about the concept of “kayfabe” and the “heel” in pro-wrestling. A little slow on the uptake, no? “How Wrestling Explains Alex Jones and Donald Trump.” Do tell! Can’t wait for next week’s feature: “NASCAR: A Closer Look.” Now that Alex Jones is embroiled in family court, his lawyers are pulling back the curtain and claiming that Jones’ persona on his InfoWars broadcasts is just that, a persona. Jones is “a performance artist whose public behavior is part of his fictional character.” But Jones and Trump are always willing to dish out the hits. This reads like a Jane Goodall study: “Alex Jones’s audience adores him because of his artifice, not in spite of it. They admire a man who can identify their most primal feelings, validate them, and choreograph their release.”

The top comment on this piece: “Very good article, Rent the movie Idiocracy and you'll see where we're headed.” Oh, please! As I wrote last month, Idiocracy is a broad, dated comedy firmly entrenched in the Bush 43 years. It’s one of a handful of cultural signposts summoned willy-nilly among members of the #Resistance: Harry Potter, George Orwell, Game of Thrones, House of Cards. The deficit of understanding and absence of overlap in a mutual reality for Clintonites and Trump voters is maddening, and pieces like Nick Rogers’ betray an inability to understand or engage with culture that is deemed beneath them. These people regard pro wrestling as theater for poor people—and their contempt and condescension is impossible to miss whenever the subject comes up.

This is a surreal paragraph: “Although their athleticism is impressive, skilled wrestlers captivate because they do what sociologists call ‘emotional labor’—the professional management of other people’s feelings. Diners expect emotional labor from their servers, Hulkamaniacs demand it from their favorite performer, and a whole lot of voters desire it from their leaders.” First there’s a sly diss at the abilities of the wrestler, then the very en vogue “emotional labor” makes an unexpected appearance, along with the bizarre assertion that food service workers are widely expected to cuddle and coddle their tables with never-ending sides of mayonnaise and ranch dressing. More contempt: “The aesthetic of World Wrestling Entertainment seems to be spreading from the ring to the world stage.” Here Rogers betrays a common liberal affliction: a hysterical reaction to Trump’s gaudiness that overshadows and masquerades as legitimate anger at his policies. Mitt Romney never would’ve inspired the same Tea Party-esque histrionics of the #Resistance, despite the fact that he would’ve appointed a judge just as conservative as Neil Gorsuch if given the chance, and ultimately that’s the most consequential thing a president can do.

A genuine insight comes later on in the piece: “Kayfabe isn’t merely a suspension of disbelief, it is philosophy about truth itself. It rests on the assumption that feelings are inherently more trustworthy than facts.” But why did it take this long for the Times to explore the concept of kayfabe and heels? Would’ve been nice a couple years ago when Trump said John McCain wasn’t a war hero “because he was captured” and his poll numbers went up. Fuck analytics—doomed Robby Mook and the rest of his colleagues at the Hillary Clinton campaign should’ve been studying The Iron Sheik and Days of Our Lives in the summer of 2015. I remember sitting on a deck in Bermuda that August with my dad, speculating that Trump was a double-agent for Hillary, sent in to sabotage the GOP field of candidates and get paid for throwing the election to her. An alternate reality many of us would’ve preferred, the greatest piece of neoliberal theater since Hamilton and The Newsroom. Instead every daytime feels out of joint, the bog has settled but war is always looming. No way to tap out.