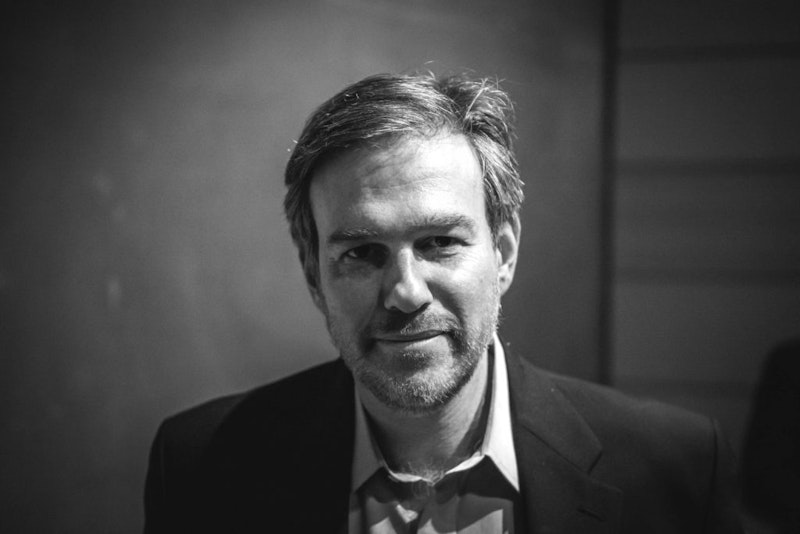 Stephens' first Times op-ed, in which he clumsily defended his skepticism about the existence of man-made global warming, has set off a massive backlash. Liberals and scientists have rushed to cancel subscriptions; on Twitter people claimed the NYT phones are so jammed it's taken an hour to get through. Panicked staffers and editors have taken to social media to scold leftists for close-mindedness. Leftists have pointed out that free speech doesn't mean, "The right to have people subscribe to your paper no matter what stupid shit you say."

Somewhat lost in all the back and forth, though, is the real reason Stephens was hired. It's not to troll the left, really. Nor is it to provide intellectual diversity to the NYT op-ed pages, or bravely defend freedom of thought. The main reason Stephens was hired is because he's the kind of guy the NYT hires. He was a well-regarded columnist for The Wall Street Journal; he has a reputation as a "serious" thinker. And, most of all, he actually has connections at the Times. The higher-ups look at Bret Stephens, and they see one of their own.

The truth is, Stephens doesn't stick out at all on the op-ed page. His smug partisanship, furrowed brow, and warmed-over talking points fit perfectly in a section dominated by the likes of David Brooks and Maureen Dowd. Thomas Friedman, spouse of a billionaire heiress, just published a column about how much fun he had vacationing in Dubai, and how the US should take pointers from a country that’s notorious for vicious exploitation of laborers.

The Times' banality is clearest when you think about whom they could’ve hired instead of Stephens. Academics like education researcher Tressie McMillan Cottom or political scientist Julia Azari could bring viewpoints informed by real expertise to the op-ed page—as Paul Krugman does, at least when he writes about economics. Activists like DeRay Mckesson, who's worked on Black Lives Matters, or Mistress Matisse, who focuses on sex work, or Julia Serano, who is a scientist and trans and queer activist, could write about social movements as participants and leaders, rather than from Nicholas Kristof's safe inside-the-Beltway-but-truly-concerned-no-truly perspective. The NYT could get just about any writer in the world to work for them. So why pick yet another affluent white guy whose main qualification is the willingness to pontificate even when he doesn't know what he's talking about? They might as well have hired me.

But, of course, I'm not quite affluent enough—and I'm not married to anyone who works at the Times. The word "elites" gets thrown around with too much imprecision, but it's not an accident that the Times has more billionaires writing op-eds than women of color. The media—like business in general—is not a meritocracy. It's a system which staffs itself via social networks, personal connections, and unstated assumptions about what sort of people fit in and what sort of people don't.

Bret Stephens happens to have laughably foolish opinions about climate science. The NYT would like you to think that his very incompetence is a measure of their commitment to diversity. But embracing incompetence is hardly a shocking new development for its op-ed page. Stephens fulfills the same old brief as ever. He mumbles talking points in indifferent prose, thereby allowing the Times publisher and editors to convince themselves that they’re thinking. He's not shocking. He's as familiar as a bland empty suit hanging on a rack. For the Times, he feels just like family.