Science Is Not Apolitical

Reflections on the recent March for Science. 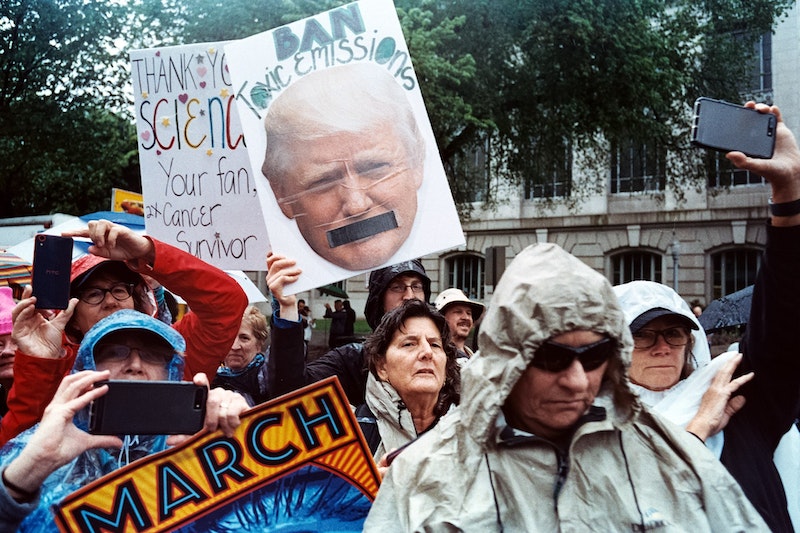 When the March for Science was planned, there was the inevitable infighting. In particular, Steven Pinker took issue with the fact that the march emphasized inclusiveness and diversity. Pinker's argument was that science is apolitical and these aspects served only to alienate potential participants. While there was apparently a back and forth discussion about this before the start of the march the language of inclusiveness and diversity remained. But Pinker's response raised eyebrows from commentators, and for good reason.

Political discussions lead to abstraction. Events occur in Washington, and that translates into something else changing, but no one is ever specific about the impact. It's not a difficult mindset to fall into for the privileged, where one's material needs and wants are easily met. Someone who has health insurance doesn't have to focus on the reality of the uninsured, who make a choice between other life necessities and medical treatment. This is especially true when considering other sociocultural forces like race and gender. Of course, for many people, this is not reality. Their reality is always political.

There has been an increasing move to disconnect politics from other parts of life. When people raise criticism about political messages in films, books, or games there's an outcry of “Keep your politics out of my media!” But given that these cultural works are produced by people in a variety of political systems and structures, whose lives are impacted by these decisions and other forces, it's impossible to detach from that. This sort of compartmentalization serves to maintain the comfort of people who have gone through their lives without having to give much thought to their own position.

Science interacts with politics in many ways. Ideological forces that rely on the ignorance of the public actively try to halt scientific progress. More brutal forces of oppression appropriate and manipulate scientific discoveries and methods for their own ends. Even amongst the public, the idea that science is malevolent or destructive by nature influences social movements. Often these are discounted as fringe movements, but they have the power to impact real people and cause significant harm.

Some of these are personal, such as the death of innocent children due to the refusal of parents to vaccinate. Others implicate the entirety of humanity, such as denying the reality of climate change. Ideological convenience takes primacy over scientific understanding, or even the wants and needs of everyday people. Unfortunately, the widespread attempt to decouple politics from everything else means that this dynamic only becomes more entrenched.