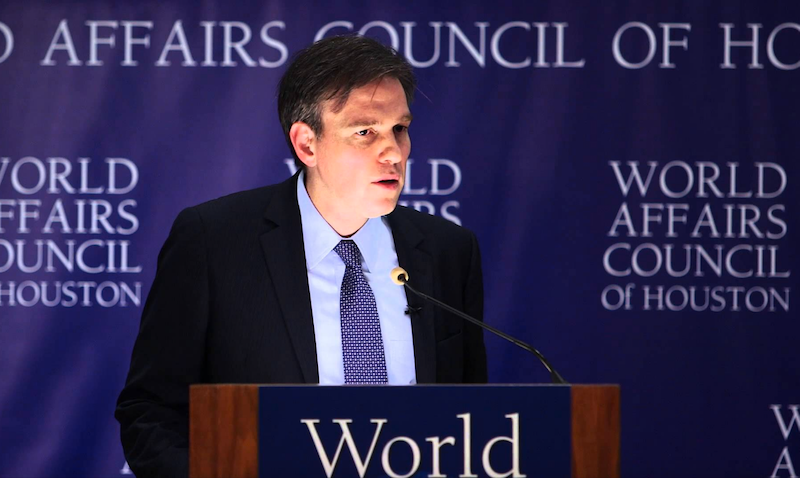 The New York Times published an op-ed this week that trashed the concept of free speech as we know it. The political left barely raised an eyebrow. What really concerns them is that the Times recently lured columnist Bret Stephens away from The Wall Street Journal, but he hasn't fallen in lockstep with their sacrosanct talking points.

Vox published an interview with Stephens on these sacred cows and why he isn't buying them. It begins with the topic of the college “rape epidemic” that feminists eagerly alarm the public with. Just as the “Women make 73 cents on the dollar” meme was repeated so often that it eventually entered the collective liberal consciousness as “fact,” the “One in five college women will be raped before they graduate” talking point has now become axiomatic.

Stephens told Stein that the problem is the word “epidemic.” He asked his interviewer why women would be attending co-ed schools if they were like “Congo on the quad.” Stein posited that perhaps it's because their futures depend on it, as if they have no choice but to risk it. Stephens understands that parents wouldn’t be sending their daughters into a rape epidemic. He explained that “unwanted touching” is classified alongside violent sexual assault to reach the one in five figure that’s part of a dishonest campaign to exaggerate the level of predation on campuses.

Stein then moved on to the next sore spot for him: Stephens’ views on climate change. Contrary to what you may hear, not everyone on the right is a climate-change denier. Stephens, like some other conservatives, acknowledges that there's been man-made contributions to rising global temperatures, but he's not buying the entire package of remedies the left’s insisting on. He brought up a friend who says that in 20 years we’ll be heading toward unsustainable climates and mass displacement of people. That person recently had a baby, and Stephens doubts anyone who actually held such an apocalyptic view would ever have children.

Stephens once wrote about “the disease of the Arab mind,” which has attracted a lot of attention since he joined the Times. He was referring specifically to the rampant anti-Semitism in the Arab world, an undeniable fact. A Twitter account called Canary Mission does a good job of exposing this by posting tweets by people who've moved to North America from Arab countries. Ali Amin, who attends Monroe Community College in Rochester, NY, tweeted, “I love Hitler.” Ayah Ali, a student at John Jay College in New York City included Jews in the top 10 things she hates, along with “white people.” College student Ahmad Ziyadeh tweeted, “Jews need to get wiped off this world."

While this is anecdotal evidence, it's clearly indicative that it's okay to promote hate in some countries. Several people from Arab countries have told me “the Jews” were behind the 9/11 attacks, so I'm pretty sure Stephens isn't really saying anything controversial. It's not confined to the Middle East either. I know an ex-Muslim from Pakistan who, radicalized as a teenager, wanted to travel to Palestine to “kill Jews.” Surveys consistently show that Arab countries are the most anti-Semitic countries in the world.

Stein quoted another Times writer, Max Fisher, as saying he'd have to agree to disagree about whether it's acceptable “to call racial groups pathologically diseased.” “If I said ‘the pathologies of the German mind in the 1930s,’ Stephens responded, “would that mean I meant to indict every single German? No.” He also noted that he could cite Arab writers who'd recognized their group’s pathology.

Then it was on to Black Lives Matter, the activist group that all good liberals must support without a quibble. Stephens sees a bullying aspect to the group, such as when it tried keeping speakers off the campuses of Middlebury and Claremont McKenna. Last year, BLM bullied Toronto's Pride Parade, an all-inclusive LGBTQ event that even straight people participate in. Accusing the Pride people of anti-blackness just weeks after the Orlando Pulse massacre, they threatened to shut down the event if their demands weren't met. Once you established victimhood status, it's easy to bully, as BLM well knows.

The left didn't object to the NYT’s recent anti-free speech piece because they no longer believe in free speech. It's now all about what's best for the common good. Bret Stephens won't feed liberals what they need to confirm their biases, so many are upset. He reaches his own conclusions outside of the collective hive mind, which is a good thing for people who don't want to be inside it.