Nobody benefited from the way the Stephens pursuit was handled. 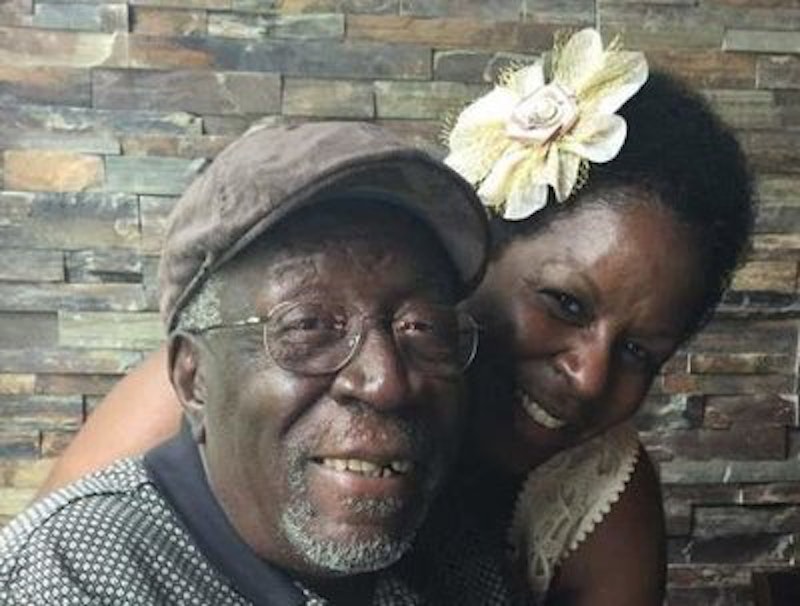 Television news over the weekend carried reports of the April 22 funeral of Robert Godwin, Sr., the mild-mannered 74-year-old father and grandfather whose murder at the hands of a complete stranger was featured on Facebook for several hours on Easter Sunday. The “nationwide manhunt” for his killer, Steve Stephens—who apparently saw killing Godwin and broadcasting his murder as a way to get back at his girlfriend—inspired no great confidence in law enforcement professionals, lasting as it did nearly two days and ending 100 miles or so from Cleveland, OH, where it had begun.

“Steve Stephens was spotted this morning by PSP members in Erie County,” a representative of the Pennsylvania State Police tweeted on Tuesday.  (Fox43, WPMT, 11:59 AM, April 18, 2017.)

Actually, Stephens was “spotted” by a couple of fast-food professionals when he pulled up to a drive-thru window at the McDonald’s on Buffalo Rd., just down the street (a five-minute drive) from PSP headquarters on Iroquois Ave. Employees at the restaurant suggested that Stephens didn’t appear to be in any great hurry as he pulled away, although he left without the fries he’d ordered. What brought him down, once local, state, and federal agencies had joined a pursuit that spanned about two miles and must’ve lasted at least several minutes, was a maneuver known as a “PIT” stop, which police use to put an end to car chases nowadays.

Cops use this technique and really enjoy it. I know this because some months back I became temporarily fixated on the television show COPS, which follows law enforcement personnel on their daily rounds and shows you what they do and what they say.

Patrol cars today are equipped with specially designed “push bars,” bumpers that protect the cruiser and its occupant when it “makes contact with” another vehicle. That’s what a PIT maneuver does: bump the car it’s pursuing. The cop comes up behind the fleeing vehicle and nudges it in the back quarter with the front quarter of his own, causing the fleeing car to lose control. If done properly, the subject vehicle will go spinning around in a bloated sort of pirouette, like a dreidel, and eventually come to a stop. It’s rather beautiful, when it comes off, and very cool to watch.

You see a lot of PIT stops on COPS, and there’s always talk afterward of the post-mortem variety, as though of a poker hand, about how well it worked and what the other car looked like spinning around and around like that and just generally how cool it was. Whoever carried out the maneuver always seems really pumped. There’s an episode of COPS where a female cop does it, and she’s clearly on a huge adrenaline high afterward, and you can see what a kick the guys are getting out of it. It’s a wonder they don’t all go jumping each other’s bones.

COPS is one of the earliest forays into the realm of reality television. It’s currently in its 29th season, so it’s kind of amazing that I wasn’t aware of it until a few months ago.

COPS first went on the air in the spring of 1989. In those days reality TV wasn’t called that, but rather documentary television, still COPS is sometimes billed as “one of the first reality TV shows.” I’ve only turned up two previous instances: the first is The People’s Court, an early version of which ran from 1981 to 1993 with Judge Joseph Wapner behind the gavel; the second is An American Family, the once-famous 1973 PBS series which chronicled the daily lives of the Louds of southern California, who in 1971 had allowed film makers to bring cameras into their home for reasons no one could fathom at the time.

An American Family aired in 1973. COPS, like so much reality TV today, follows it in employing the cinéma vérité style—no narrative, minimal cuts, and no editorial intervention, just a rolling camera picking up whatever’s going on. Which is humbug, of course, and even back in 1973 people saw that. It didn’t take long for folks to begin doubting that the Louds were really behaving naturally, as though the cameras weren’t there. Deep thinkers of the time went further, applying the problems of quantum theory to primetime television: how could you be sure that the cameras weren’t changing reality, influencing what was going on, rather than just recording it?

Nowadays such questions seem laughable. Twenty-first-century voyeuristic television shows—like Survivor and Big Brother—just assume that the cameras influence behavior and events. They assume everyone pretty much knows this. But An American Family was the first time these issues had ever been trenchantly discussed around the water cooler or high school lockers. They became even more piquant when relations between Mr. and Mrs. Loud began to deteriorate and their son Lance announced to his parents and the viewing public that he was gay. Nobody really cared about the parents’ divorce; they were sort of awful, disgusting people anyway. The question was: would Lance have come out if the cameras hadn’t been there?

My memory of all this, admittedly vague (I was 16 at the time), is that it seemed like a non-issue: of course the Louds were behaving unnaturally; and of course the cameras had influenced events, but so what? Looking back, now that we know what we do about aggression and exhibitionism, the Lance Loud question seems more interesting. He must have been pretty angry—probably with good reason—to want to come out to his parents on national public television.

From a host of violent occurrences in recent decades we’ve learned something about the connection between aggression and exhibitionism—that there is one, and that it can sometimes lead to bloodshed. Which is why the statements made by Mark Zuckerberg following Robert Godwin’s death seem so fatuous and specious. The higher-ups at Facebook had to have known something like the phenomenon of a “Facebook killer” would happen, or if they didn’t, then it should’ve occurred to them.

Just as it should’ve occurred to all those law enforcement officials engaged in the high-stakes, heart-pounding action-drama of Stephens’s capture that using an aggressive, paramilitary maneuver like the PIT stop was likely to result in more tragedy, specifically in the kind of impulsive, self-destructive action that law enforcement is supposed to be trained to deter.

Meanwhile, the family and friends of Godwin are left knowing nothing about why he died. They might, like the rest of us, have gained some solace by learning more about why killing someone he didn’t know seemed like a good idea to Stephens, an apparently sane “vocational specialist” with no criminal record, who worked with young people at Beech Brook, a behavioral health agency in northeastern Ohio. After all, there’s a lot we don’t know about the connection between aggression and exhibitionism.

“We would prefer that it had not ended this way,” Cleveland Police Chief Calvin Williams was quoted as saying. And one of Godwin’s daughters, on hearing of Stephens’ suicide, while planning her father’s funeral, said she wished he’d “gone down in a hail of 100 bullets.”

Nobody benefited from the way the Stephens pursuit was handled and the way it panned out except the cops who participated. They probably had a pretty good time.