It proves he's a fool, but not a racist. 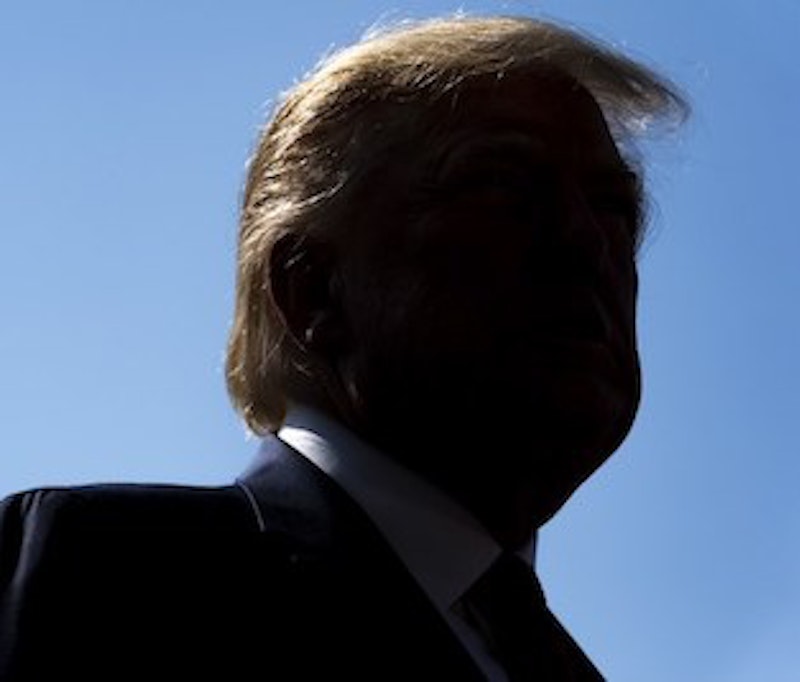 When President Trump informed the nation that some of the white power advocates rallying in Charlottesville in May of 2017 were "fine people," my immediate reaction was it was one of the most egregious things an American president had ever said. But when he tweeted on Sunday morning that a coterie of newly-elected congresswomen he dislikes—only one of whom was born outside the US—should "go back to the totally broken and crime infested places from which they came," it sounded like just another one of Trump's crude, schoolyard taunts against his political opponents. The media, however, didn't concur, as evidenced by this hyperventilated Washington Post headline: "Trump’s racist tweets were written in the White House, which slaves helped build."

Maybe Trump's worn me down and I've become desensitized, but drawing a direct line to slavery from a coarse, hastily-composed—like most of Trump's tweets—attempted insult that made no reference to race seems like a stretch to me. In fact, it made me laugh.

Perhaps the "darkness" that WaPo's slogan warns us about has already enveloped me, and I'm oblivious to democracy crumbling. Maybe every single time the Democrats call someone a racist they're correct but I'm missing it, so I'm wrong to become jaded about their language. Trump's outburst prompted New York Times columnist Charles Blow to write his 50th (approximately) piece about how Trump's a white supremacist. Adam Serwer, staff writer for The Atlantic, stated that Trump's controversial tweets, which were ostensibly aimed at the "Squad"—Alexandria Ocasio-Cortez of New York, Rashida Tlaib of Michigan, Ilhan Omar of Minnesota and Ayanna Pressley of Massachusetts—"reiterated his belief that only white people can truly be American." I'm pretty sure that Trump thinks Kanye West, Tiger Woods, and Candace Owens, for example, are fine Americans, which leads me to believe that he's able to see beyond race. Serwer's making the common progressive mistake of assuming all minorities are also progressives.

I'm not excusing Trump for his un-American, divisive comments. No American president should ever tell his fellow citizens to go back home, and that sort of talk does have racial overtones, which he should’ve known. But Trump despises the "Squad," (who he referred to as "progressives"), all of whom happen to be people of color. Had a couple of them happened to be white women, then he'd have found another vulgar, insulting way to lump them all together (in which case he'd have been called a misogynist), because that's what Trump does. He's the loud, bigoted guy at the end of the bar every night with a knee-jerk mind that often produces material with much less thought behind it than his critics impute to it. Trump spews first, and then scrambles in defense.

It's impossible to make a case based solely on logic that Trump's offensive tweets were "racist." Using what some consider to be a racist trope ("Go back where you came from") does not definitively mean you meant it in that way, even though every Democrat's saying that now because it's politically advantageous. As Fox News' Brit Hume put it, Trump's remarks "were nativist, xenophobic, counterfactul, and politically stupid." Hume took loads of abuse on Twitter from irate Democrats for his accurate observation, because no debate on this issue's allowed. Plenty of MSM reportage, presented as "analysis," has simply referred to Trump's tweets as "racist" with no actual analysis of why such a conclusion's justified. It's simply another article of faith within the progressive "religion," and questioning it can make you look like a racist.

Trump often resembles a boxer who doesn't know which punch to throw or when it's time to go on defense. At the time he decided to share his unfiltered anti-immigration thoughts, Nancy Pelosi and AOC were locked in a nasty battle over who controls the future of their party. The young congresswoman who's "kind of" from the Bronx had suggested the Speaker's derogatory remarks about her were racist, and possibly even encouraging death threats against her Squad. This was the perfect time for the President to sit back and enjoy the infighting. Opportunities that require doing nothing or resisting his first impulse are, however, in Trump's sizeable blindspot.

Omar, Tlaib, and AOC have been dogged by allegations of anti-Semitism, which they consistently deny, while freely accusing others of Islamophobia. Omar arrived in this nation with the pervasive anti-Semitism of her native Somalia, and she can't shake it. Israel Advocacy Movement broke a story revealing that some of the people Rashida Tlaib has publicly identified as her friends and staffers have made pro-terror statements, called on people to "kill all zionists," and bragged about meetings with terrorists in prison. AOC's recklessly throwing charges of racism at the most powerful Democratic leader. There's plenty of material that a more savvy, less impulsive Republican president could exploit instead of lifting the Democrats out of a hole they dug and handing them a prime opportunity to do something in their wheelhouse—call others racists.

Trump's too old to learn new tricks, so he'll keep bumbling towards 2020, lifted by the knowledge that he'll have a united party behind him as he squares off against a divided opposition, and the fact that the Squad's political wing's often more focused on purging their party of centrists than beating him. If he'd give up Twitter for the duration, I'd bet on him to win.