He wanted debate, not just invective. 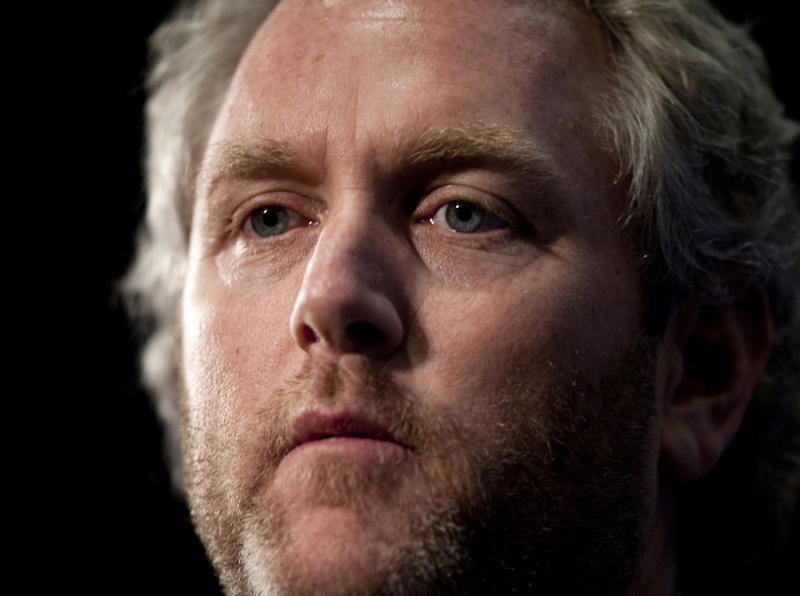 In 2011, reporter Dave Weigel Resigned from The Washington Post. Weigel had been caught sending private emails that were disparaging of conservatives.

In response, conservative Andrew Breitbart asked Weigel to write an op-ed for Big Journalism, one of the sites under the larger umbrella of breitbart.com. In this episode can be found the reason why most of today’s conservative heirs to Breitbart’s media revolution don’t understand Breitbart, who died in 2012.

Breitbart exposed bias and corruption in modern media, but his remedy was not solely the kind of vituperative blasting of the media and celebrities—along with helpings of gun love, Phil Robertson dingleberries, Republican talking points, and Ben Shapiro porn—that’s the diet today of sites like Breitbart, The Daily Signal, and The Federalist.

To Breitbart, conservative strafing of the media and celebrities was only one part of changing the media. Breitbart invited Dave Weigel to write for Big Journalism because Breitbart was interested in debate and honesty, not agendas and propaganda. Recall that Brietbart helped to create the Huffington Post.

While Weigel’s piece has been removed from the Breitbart website, an article he wrote for Slate about Andrew Breitbart is still available. Weigel describes how Breitbart hated the corruption of the media complex and the hypocrisy of Hollywood. However, this did not mean killing debate or being lazy journalists, as Weigel shows with this quote from Breitbart: "My mission isn't to quash debate. It's to show that the mainstream media aren't mainstream, that their feigned objectivity isn't objective, and that open, rigorous debate is a positive good in our society. Man, how I long for the days of Sam Kinison, Richard Pryor, Abbie Hoffman, Dr. Hunter S. Thompson, George Carlin, and Lenny Bruce.”

Look at the names on that list. These are all creative geniuses who spent years honing their craft and had questing, unpredictable minds. They all had a loathing for both tight-assed conservatism and humorless political correctness. They honestly revealed their prejudices.

It’s easy to imagine any of these men, were they alive today, doing or saying something that would elicit “epic” mocking on breitbart.com or one of its progeny. Carlin’s observations on Donald Trump would get screaming headlines in the conservative press, and one can only imagine what Hunter Thompson would have made of the current president—or of Judge Roy Moore. Exposing idiot celebrity tweets is fine, and often well-deserved, but anyone who has read Breitbart’s book or interviews with him knows he imagined much more.

In the past several years I’ve written about actors, celebrities, and entertainment for different conservative websites. I covered the latest Hollywood Twitter outrages and Lena Dunham lectures, but also dug for stories and asked for interviews, even of people whose politics I don’t agree with. As Weigel notes in his Slate piece, “One of [Breitbart’s] goals was to let celebrities express themselves, to reveal what was being talked about in the ‘salons,’ what the self-appointed elite thought of everybody else. ‘I thought it would be great for Arianna [Huffington] and I thought it would be great for the right,’ he told me in 2009, ‘because it gave them source material.’”

One of my favorite sections of Breitbart’s autobiography, Righteous Indignation: Excuse Me While I Save the World, isn’t one of his Homeric clashes with the media elite. It’s early in the book, when Breitbart talks about delivering pizzas and listening to the Smiths in Los Angeles as a teenager in the 1980s. The young Breitbart wasn’t interested in coasting on foundation money while screaming about Alec Baldwin, but a man with a curious and fair mind that was open to art—a kid who understood Richard Pryor, Lenny Bruce, and the Smiths. Morrissey, the former singer of the Smiths, now lives in Breitbart’s hometown of Los Angeles. These days Morrissey says things that get him screaming, condemnatory headlines in the conservative media, which is as ghettoized as the old media ever was. I’ve no doubt that if Andrew Breitbart was alive, he’d offer Morrissey a column.