The Issue of Immigration Reform

Trump will take anything, so long as it includes the Mexico border wall. 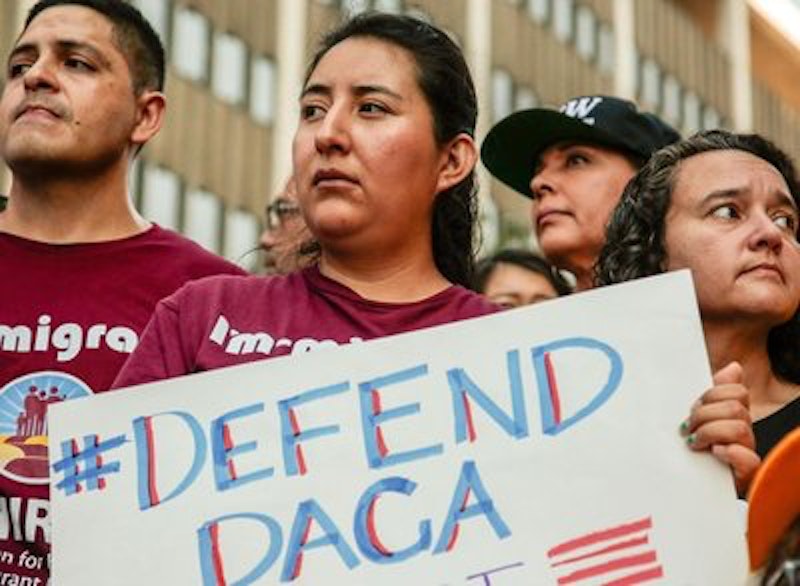 The last couple of times the federal government was briefly shut down, few people noticed. Life went on for everyone but about 800,000 federal workers whose paychecks were delayed. Provisions were made for essential employees to report for work, Social Security and veterans’ payments were made, the military were alert, bills were paid and government continued to do most of what it does, which is to be the source of its own momentum.

Way back when Bill Clinton was president – was it really that long ago? – the government closed up shop, theoretically, from December 16, 1995, to January 6, 1996. Christmas was still white, sleigh bells still rang, and the ball still dropped on New Year’s Eve. Clinton had vetoed the spending bill passed by the Republican Congress as part of a showdown with House Speaker Newt Gingrich (R), who picked a fight with the wrong president. Clinton won the political battle, and Congress recovered and passed an acceptable budget. The protocol standoff was the beginning of Gingrich’s decline and fall as speaker.

Again, on October 1, 2013, government entered a modified coma called a “partial shutdown” over one of many attempts to defund the Affordable Care Act (Obamacare), a periodic exercise, now totaling more than 60 times, that continues with only limited success to this day. This pause lasted 16 days and, according to estimates at the time, cost the economy $24 billion, or $1.5 billion a day.

About 800,000 government workers went without pay, and another million had their paychecks delayed. All non-essential workers were furloughed. But Congress later voted back-pay to all of those workers who had been cut off or furloughed. And in the end, Congress agreed to fund the government until January 15, 2014, and to simultaneously extend the debt limit. President Obama not only got his way but he also won the public relations battle. (Government paychecks are important to Maryland’s economy. There are about 296,000 federal workers in Maryland, the nation’s fourth largest concentration.)

The threat of government shutdowns has become so frequent and commonplace (the last one was just before Christmas) that, like The Princess and the Pea, it’s there but barely felt. Only those who are directly involved have the slightest acquaintance with its potentially contagious effects, and even they are compensated in retrospect. The rest of the nation can only breathe easy that government is on holiday and less likely to do us harm of one kind or another, especially the present wrecking-crew administration.

The latest threat of a government shutdown over a spending bill is scheduled for January 19. This test of wills involves a standoff between Democrats and Republicans over the fate of immigrants – those known as “dreamers,” or DACAs, who were brought here as kids under temporary shelter, some of whom now have legal status, and those who would be repulsed by the barrier President Trump insists on building along the Mexican border to fulfill a campaign promise. Democrats know exactly what they want; Trump will take anything, so long as the deal includes the Mexico wall, because he doesn’t grasp the fine points of legislation.

At issue is the fate of 700,000 dreamers – young immigrants who were brought here as children – whom Trump wants to return to their native “shithole” countries (a slur on brown and black people that should rouse his base) that they don’t even know. The so-called dreamers are mainly El Salvadorans and Haitians who were given haven. Trump has suggested, as was reported, that he used “tough” language but not the scatological term attributed to him. The one Democrat who attended the White House meeting, Sen. Richard Durbin, of Illinois, has verified that Trump made the remark. The potty-mouthed insult botched an imminent deal that might have resolved the spending stalemate and protected the dreamers. Democrats plan to censure Trump.

The courts have put a temporary stop to Trump’s order to deport the dreamers by 2019. They are in America under the program known as Deferred Action for Childhood Arrivals, which Trump had cancelled as part of his pledge to cleanse the country of immigrants. There are about 9,000 dreamers in Maryland who qualify under DACA.

Democrats, for their part, will support no spending plan that does not include protections for dreamers. Moreover, many Democrats refuse to support the billions Trump wants to build the wall. They view the spending as wasteful and un-American in concept – a secure border yes, a wall no. Trump had initially pledged that he would force Mexico to pay the tab for construction. Mexico flipped the bird to Trump, and now Trump wants American taxpayers to foot the bill for his whimsical wall.

The dilemma for Democrats is this: Republicans can do nothing without Democrats because any action requires 60 votes, which the GOP lacks; so, should Democrats adopt the bare-knuckles tactic of shutting down government, especially in an election year, which they have denounced Republicans for doing often over the years. Or, they give Trump his wall to protect the dreamers and declare victory.

Both parties are visualizing the shape of the Congress to come. Republicans, as every political hobbyist knows, now control the entire federal government. With the recent elections, though, GOP control of the Senate has shrunk to one seat. And what was unthinkable a few months ago, now appears a realistic venture – Democrats may recapture the House. The 31 members who are retiring (so far) include an out-sized number of the GOP House leadership, leaving at least 29 open Republican seats, most of them in districts that Hillary Clinton carried last year. Democrats need 24 seats to regain control of the House. Neither party wants to risk showboating.

The issue of immigration reform, in its different manifestations, has eluded every administration since that of Ronald Reagan, who was the last president to preside over major changes in the byzantine system. Attempts at broad immigration reform appeared close during the presidencies of George W. Bush and Barack Obama but fell apart before they could be brought to a vote.

At a White House meeting with bi-partisan congressional leaders last week – which was televised to show that Trump is in command of his faculties – Trump displayed a revealing lack of understanding of the issue as well as the legislative process. Trump’s ambiguities and misrepresentations left lawmakers confused and farther apart than usual. In the end, Trump said he would settle for whatever proposal the lawmakers in the room agree to. Later, the White House clarified that any proposal must include funds for the wall, estimated at anywhere from $18-$25 billion.

Government shutdowns are public relations showdowns. They are elaborate games of hardball. They have little or no effect on the work-a-day world of average Americans. But consider that the shutdown ahead involves 700,000 people who are, in every way but birthplace, Americans - educated, hard-working, tax-paying, many in the military – and, as the judge said is his ruling, why get rid of people like that? But Trump’s White House called the court’s ruling and reasoning “outrageous” and vowed to fight it. Most dreamers have no idea where they’d be going or how they’d get there.