Activists Without a Plan Are Useless

Try to be more constructive. 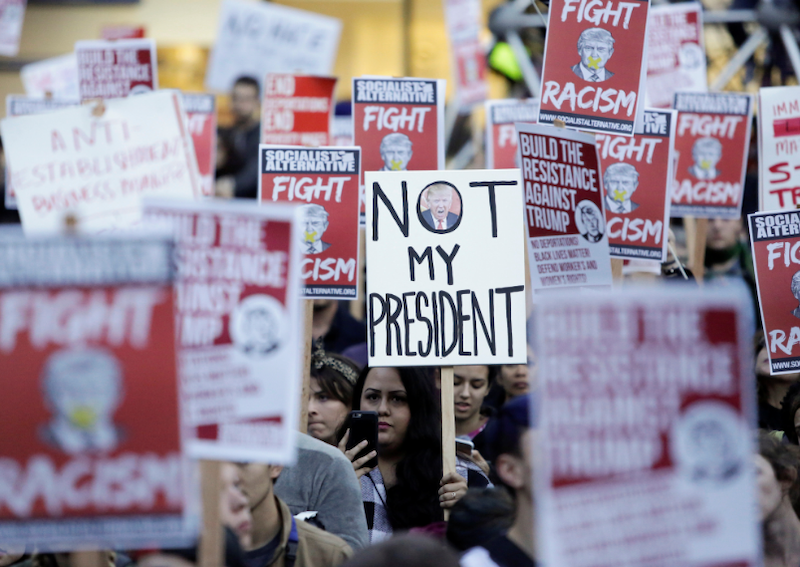 If you unload ad hominems by default, and reacts defensively when asked questions, you’re not an activist—you’re a troll. If all you can do is label people with words like sexist, racist, and bigot, you’re not doing anything constructive. It’s more important to feel righteous than actually being correct. Trust me: I was a rude SJW in my late-teens. If you’re an activist who actually cares about the issues, and not about political soccer, then you should be familiar with heterodox economics 101, so you won’t look like another clueless person in the herd, whether the color of that flock is red or blue.

When someone calls you a lover of big government, you don’t bite and argue on those terms. Keep your cool. Bureaucracies, once created, tend to entrench themselves, avoid accountability, and go on auto-pilot. Effective control and oversight is required and achieved through transparency. The more people know about something, the harder it is to cover it up or spin it away through clever language.

Remember that when arguing on social media, other people will see that exchange. Leave something constructive for posterity to read. Let’s move on to health care.

Single Payer doesn’t work! Socialism doesn’t work! You hear this, and what’s your first reaction? To attack the critic on his terms. Here’s the slick answer. Medicare For All is not like the NHS; it’s not socialism. In contrast, the Veterans Health Administration in the US is an example of socialism, and a good one too. Many evaluations found that VHA care is equal to, and sometimes better than, care provided in the private sector, when judged by standard evidence-based guidelines. Treating health care as a marginal cost of production is unwise. There are two methods to handle it. Government becomes universal insurer, and private hospitals and clinics compete to secure market share—or the government takes over these institutions and manages them. Given the America’s political culture, the former style is easier to achieve.

What are the benefits of Medicare For All? More time between patient and doctor, as time spent on speaking with the insurance company is eliminated. This also increases service quality and capacity without increasing real costs. Issues regarding receivables, bad debt for hospitals and doctors, medical legacy costs, and price distortions are eliminated. Administrative costs would go down due to redundancies. This latter aspect actually requires Medicare For All to be enacted alongside a tax cut (preferably for labor and consumers, not for the rich) in order to avoid a rise in unemployment. Bernie Sanders could’ve scored big on this. Instead, he foolishly advertised it with a tax hike.

The budget for health care should be calculated based on effective capacity to satisfy demand, not according to arbitrary tax revenue figures—which are only achievable if a bunch of fickle variables line up in a particular time window during the business cycle. If you ever visited a factory or farm, you know that finance is not the economy. There’s no reason to close down factories, farms, schools, and hospitals because private sector de-leveraging is going on and speculators took a hit. Imagine taking care of your garden, not according to time-tested practices and the calendar, but according to the stock market’s whim. Madness.

If democracy is to achieve a semblance of efficiency, political forces and the public need to share the same correct premise. Then the conclusions stemming from debates will be worthwhile. What most people regard as simple truth or wisdom is in fact illogical. Activists play a key role here, for good or ill. They can debunk myths or enforce them. When it comes to socio-economic myths, we’re stuck with the Ptolemaic nonsense. Try and tell people that the sun’s at the center, with the earth orbiting it, and they’ll ask you to explain why things fall to the ground instead of flying off into the sun. In their defense, it’s counter-intuitive; but for many it’s too hard to hear and think it through. One day, more people will realize that government doesn’t tax in grain or livestock, but in fiat. And that fearing or praising a “deficit” or “surplus” of fiat is irrational.

I don’t expect ethno-nationalists and neo-Nazis to actually support far-right politicians who won’t screw or embarrass them. And I don’t expect people wearing pussy hats will vote for a Democrat that’s not a sell-out. Shouting “This Pussy Grabs Back!” is more important than Medicare For All, right? Because even if you had Single Payer, would that end racism and sexism? Let’s not forget what famous politician asked that question and how the crowds cheered when fed such blatant sophistry. In the end, Donald Trump will have succeeded to normalize the establishment—and when the next financial crisis hits, the rent seekers will win again.

To paraphrase Marcus Aurelius, the purpose of life is not to be on the side of the majority, but to escape the ranks of the insane.