The Left Can’t Hide Its Disgust For America

It might have to die to satisfy some of them. 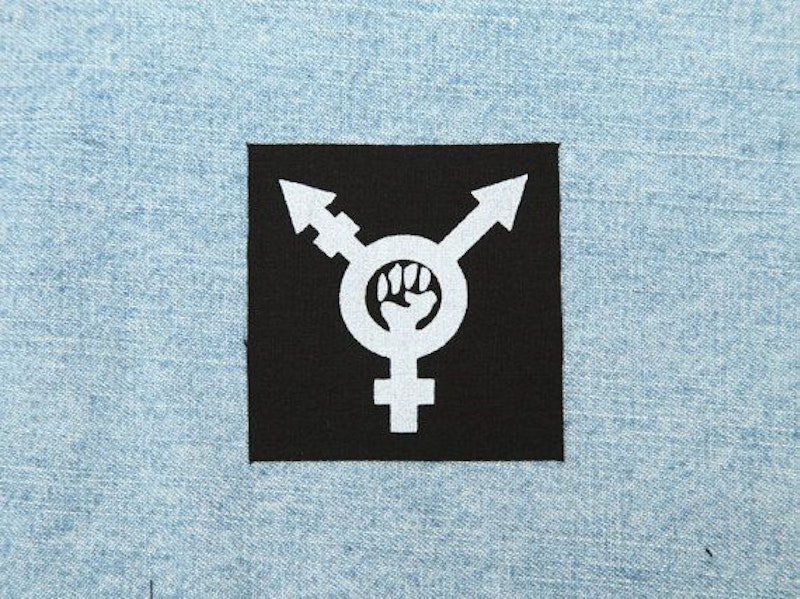 There’s a supervolcano beneath Yellowstone National Park that has the potential to inflict apocalyptic damage for hundreds of miles around it. In the unlikely event that it has another super-eruption—the last one was 664,000 years ago—it could disgorge volcanic ash for thousands of miles, suffocating crops and shutting down power plants. On the upside, all the resulting death and destruction could be accompanied by a dramatic cooling of the planet, at least on a temporary basis, due to emissions of sulfur aerosols that reflect sunlight back into the atmosphere.

You may think that nobody could ever think this would be a desirable tradeoff to get maybe a degree and a half of global temperature reduction, but Sam Pritchard, a member of the ultra-left who’s contributed to Splice Today in the past, recently tweeted his wish that the volcano blows up again and destroys America. When I sarcastically told him he could celebrate an event he believes would reach his residence in Los Angeles, killing him along with his family and friends, he replied, “Last thing I’ll do is click my heels like the freeze frame end of an 80s movie.” Then, he added, “I’d 100% be ok with dying if it was from something that I knew would destroy this miserable, vile empire.”

Ponder for a moment that level of alarm about the climate change situation and the degree of hatred expressed for an individual’s own nation. For the record, Pritchard’s comments on the supervolcano were little more than Internet hyperbole meant to provoke people, as he’s since explained me. He doesn’t really want to celebrate as the people he cares about die. These thoughts are mere fantasies born of a sense of panic about an impending global disaster and a loathing for the U.S., but still the sentiment expressed was extreme by any measure. It brings to mind journalist Peter Arnett’s 1968 Associated Press dispatch on the Vietnam War in which he quoted a U.S. military officer as stating, “It became necessary to destroy the town to save it.”

That individuals must be sacrificed for the good of society is a cornerstone of leftist doctrine, as is an inherent disgust for this nation, and all of Western civilization for that matter. If you defend Western values in any way, lefties will accuse you of dog whistling to the ever-expanding category of “white supremacists.” Colonialists, especially in the case of a nation that embraced slavery, have about as much chance at redemption as the biblical blasphemers against the Holy Spirit. Some sins are beyond forgiveness.

The ascendance of the Bernie Sanders wing is driving the Democrats leftwards, thus strengthening this strain of anti-Americanism within the party. This presents some serious strategic challenges, as Republicans are happy to point out, whenever the opportunity presents itself, their opponents’ “blasphemy.” When you denigrate what they love the most, instead of framing it like you just want to improve the country you’re also dedicated to, they’ll fight harder because they suspect your motives. Maybe they’ll even vote for Donald Trump.

The default position of always seeing America’s undeniable flaws while remaining willfully blind to any of its positives is a tendency that picks up steam as you travel from the center-Left to the outer fringes of the far-Left. The endpoint of that journey’s a desolate place where the U.S. is thought to be an irredeemable imperium that must be leveled, like that Vietnamese village, and rebuilt from scratch. A supervolcano could take care of that.

To be clear, despising the U.S. isn’t a hallmark of American liberals like it is of the Left that derides that more moderate group as milquetoasts devoted to the weak sauce of incremental change. Ironically, this disdain is largely confined to those born stateside—often privileged people with no experience living in nations where none of the benefits they routinely take for granted have ever existed. They’re in a constant state of despair that the U.S. doesn’t live up to their platonic ideal of a nation—a wonderland with a minimal ecological footprint without a trace of depressingly human traits like racism or greed or selfishness, with everyone working together for the good of society.

Trapped in a rigid worldview, convinced of your moral superiority, you can get can sucked into thinking like Sen. Chris Murphy (D-CT), who in the aftermath of the Parkland school shooting earlier this year said that if you’re not in favor of immediate action on guns, “you’re an accomplice” to the disturbed guy who shot his school up. In other words, agree with my solution for this particular problem or you’re an accessory to murder—you’re a criminal. Everything becomes “us against them.”

The Left will find their cause is a hard sell if they’re unable to contain their hatred of the U.S., because the majority of Americans find such a view abhorrent. Democrats will suffer from a reaction against this feeling if its allowed to permeate their politics more and more as they move to the left. Many liberals and progressives are convinced that Trump’s victory has nothing to with them and that they don’t have to change their rhetoric, or watch it, in any way, but those people live in a bubble where that kind of thinking isn’t permitted.