Fighting for the home team gets stupid. 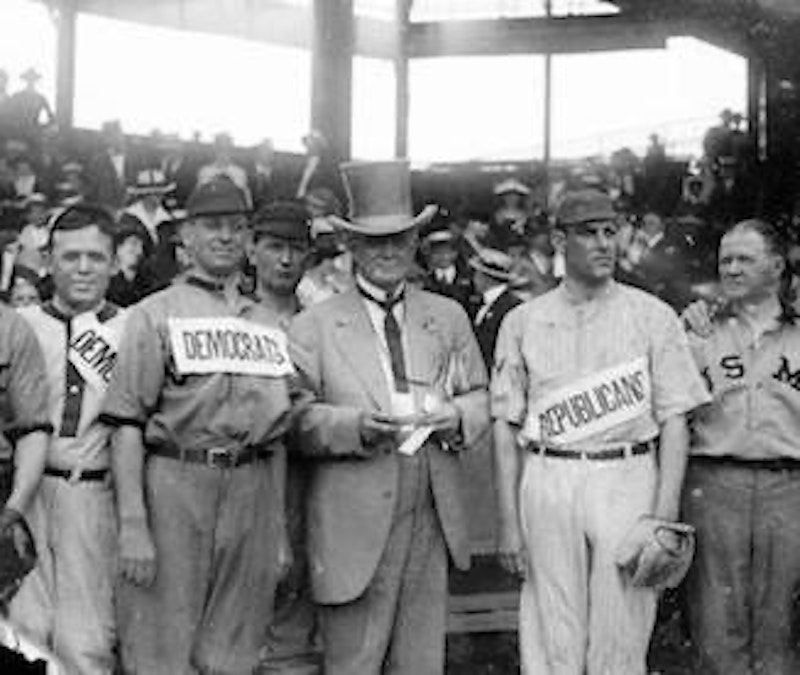 Yet Thursday next week, Julia Salazar faces a Democratic primary here in her race for State Senate, hampered just slightly by the fact that her own family says she’s lying about her ethnic and religious background. Formerly an activist Christian born in the U.S., now she claims to be a Jewish immigrant, still of Latin ancestry. Naturally, these twists and turns just happen to track her political needs of the moment, formerly as a campus activist, now as a politician from diverse New York.

Like Ocasio-Cortez, she’ll probably get elected just for being the somehow-more-diverse candidate anyway. No one cares about the details anymore.

Her shifting background claims are a reminder that if we elevate tribal allegiances to sacred status, politicians will go right on corrupting the sacred and cynically manipulating them. I lamented in my prior column that people tend to fight with each other if we encourage them to think tribally. They also tend to throw abstractions such as moral and economic principles out the window—in favor of whatever helps the current home team (and thus them).

Clinging to a tribe is so much easier, so much more concrete, than calculating the right course of action or the best economic policy. The mind can take a vacation once the tribe shows up to guide us, even if it’ll likely guide us to ruin. Even among my fellow libertarians, a pretty brainy and abstract bunch of thinkers, I lately find myself in the occasional tribal-sounding argument over immigration.

Basically an empiricist, I’m entirely open to arguments that, say, African migrants have a much higher—or lower, or about the same—rate of crime as comparable Europeans, for instance, but there are clearly times when people want to be able to render night-and-day judgments about whether immigration-in-general is a good thing, almost invariably, one senses, based on whether they see the new arrivals as an opposing tribe or part of some substitute grouping for which they have fellow-feelings, such as “world travelers” or “victims of warfare.”

That seems less like empirical politics and more like identity politics, which some people claim to oppose.

In-group, out-group, or no group at all, though, we shouldn’t let our knee-jerk attitude toward a given tribe prevent knowing the hard, possibly complex facts about it. When you hear anecdotes about migrants committing some horrible crime, for instance—and I’m in no way in favor of governments or press burying such tales to keep up appearances—you rarely hear much serious mathematical discussion of the usual background rate of horrible crimes among the native-born. I’m not saying in advance the rates will be identical, but we should at least hear how they compare—and even then, no individualist should favor punishing other, innocent individuals for the acts of their criminal brethren, save perhaps in the most extreme of urgent crises, when sorting out individuals becomes impossible.

The wrong way to do things—defend your home team no matter what ugly truths you learn about them—has lately been on display in the Catholic Church. The bigger and more bureaucratic the team, I suppose, the more it can conceal wrongdoers, shuffle around blame, and put on a display of being too well-organized to be a hotbed of corruption. Ironically, the Catholic concept of “distributism,” basically breaking overly large social units up into tiny, decentralized ones (think of the unraveling of the Soviet empire), might point toward the real solution here: If tribes (and bureaucracies) are prone to self-serving and corruption, try to keep them tiny and easy to exit.

That’s a good argument for anarchism, though the tricky balancing act—as with resurgent nationalism since the end of the Cold War—is decentralizing without just spawning even more fanatical smaller units, fascistic tribes where there might’ve just been a bland, easy-going, giant confederation. Expand the circle of fellowship far enough and you get apathy, bureaucracy, and corruption, but shrink the circle of fellowship and you get insularity and primitivism. Even libertarians start sounding like dumber tribesmen when they fission into ever-smaller right-apostate and left-apostate groups, though I’d never want to prevent them doing so.

For the time being, we exist in a strange, in-between period in history when we’re still supposed to pretend we’re above tribalism and want the best for everyone (or at least for all Americans or what have you) but are also hyper-alert for tribal cues.

Was Ron DeSantis referring to his opponent being black when he used the phrase “monkey up”? Was a CNN analyst being honest or trying to stoke the fires of civil war when he claimed (falsely) that Antifa is a black group and that Trump insulting it was therefore a racist “dog whistle”? Was Rod Serling being a thoughtful liberal when his original screenplay for Planet of the Apes (recently adapted by Dana Gould into a graphic novel) alluded to Civil Rights struggles of his day, or was he just being a Ron DeSantis?

Is it a bit easier for a Chinese bureaucrat to sentence people to reeducation camps if they’re all members of one isolable ethnic group such as the Uyghurs? Did the audience vote against me when I argued against belief in God two weeks ago because they thought my arguments failed—or mainly because they came in as Christians and intended to leave as members of the same tribe no matter what I said?

Meanwhile, in California, candidate Rachel Hundley's scantily-clad Burning Man photos are being used against her. She implies they’re irrelevant now, but the way the zeitgeist is shifting, she may want to fly her Burning Man credentials freak flag very high in future races. It’ll depend on the district.

The last thing you should have to do is ask what tribe someone belongs to before judging the rightness of his actions, but we’ve entered a period in which asking is inevitable. Most of us spent recent years thinking Roger Waters was a lefty because he’s a musician who plainly hates Israel, but now he’s also weighed in about Russia deserving to control Sevastopol and the U.S. being behind the Ukraine coup of a few years ago, which may mean he’s more or less alt-right instead of left—and that may color our impression of his next comment about Israel and add another layer to future interpretations of the fascist imagery in The Wall.

Meanwhile, California Democrats, apparently not too protective of pro-Israel sentiments, run a grandson of one of the Munich terror masterminds for a U.S. House seat, at a time when his GOP opponent, Duncan Hunter the Younger, is under indictment.

Tribes can assert political power lately regardless of how long they’ve existed, too. Womankind will likely legally mandate that at least three members of your company’s board of directors be female in the state of California, if the firm’s board has six or more members—but trans people lately have outsize power, too, with a group of pro-trans activists, disturbingly, getting Brown University to withdraw, cravenly apologize for, and plan a panel discussion about a psych study that had suggested trans behavior in the young might be a neurotic coping mechanism learned from peers. Can’t have science violating prevailing political winds! Any good liberal knows that.

A new movie about the Moon landing (with Canadian Ryan Gosling playing Neil Armstrong) pretends to transcend all this tribalism by leaving out the planting of the American flag, which almost makes sense—but gets creepier when you consider that the film is a Chinese co-production. The Chinese are not anti-nationalist, just anti-other-nations’-nationalists, after all.

Meanwhile, Bono says with oddly abstracted pride he’ll parade the EU flag onstage at concerts but promptly loses his voice and can’t perform; an orgy of nationalistic McCain-mourning from left-wing people who hated him just a few years ago is supposed to make us all forget he was warmonger, speech-banner, MMA-banner, wife-dumper, and notorious ass-grabber; Ripon College says students can’t commemorate 9/11 because it may offend Muslims; and Germany pushes people into the far right (encouraging reactions from the far left in the process) by labeling as far-right anyone who protests the murder in Chemnitz of a man who was defending a woman from migrant harassers.

I don’t know where the current centrifugal push toward tribalism and division ends, but I think we now have the dizzying feeling it doesn’t end soon, the ride doesn’t go smoothly, and the arguments along the way will rarely make much sense.