The Hubris of Nate Silver and Hillary Clinton’s Malfunction 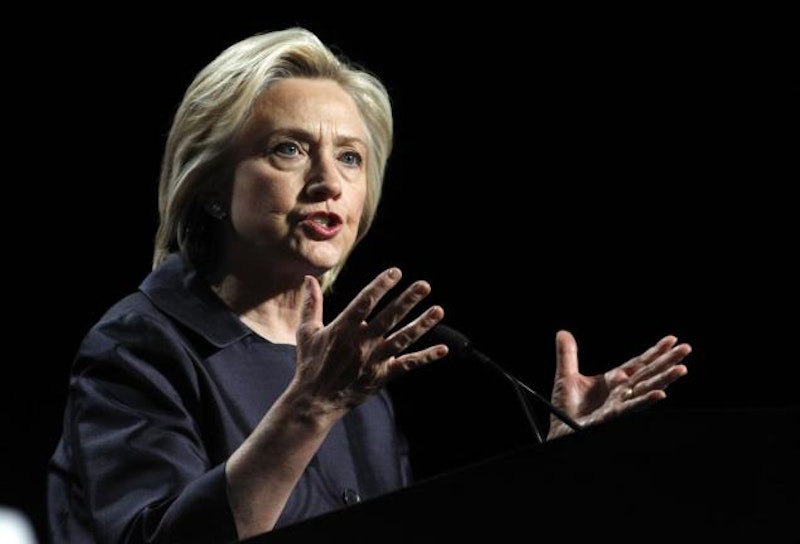 It’s truly a wonder to witness Nate Silver eating crow. Crowned as a political wizard after correctly predicting which way 49 of the 50 states would go in 2008 and all 50 in 2012, Silver’s word has been treated like gospel. This election cycle, he’s gotten it wrong almost every step of the way—primarily in his early dismissal of Donald Trump. Of course, back in July, just about everyone thought Trump’s carnival would be closed by Labor Day, but even through autumn, as Trump kept rising in state and national polls, Silver remained smug, reassuring himself more than anyone that Trump would fizzle out. But with five days left before the Iowa caucuses, Silver has pivoted to dismissing Michael Bloomberg’s chances as a third party candidate against Trump and Bernie Sanders, barely conceding how off his predictions have been this cycle.

Writing for Slate, Leon Neyfakh observed, “Silver turns out to have a good bit in common with the pundits that he and his unemotional, numbers-driven worldview were supposed to render obsolete. Faced with uncertainty, Silver chose to go all in on an outcome that felt right, one that meshed with his preexisting beliefs about how the world is supposed to work.”

Silver has a lot more riding on his predictions than all the pundits and journalists who’ve been flummoxed by Trump. But if the general election ends up as Sanders vs. Trump, a match-up that Silver still maintains is “very unlikely,” his reputation as a sage goes out the window. I don’t have anything against Silver, and his work in the past two elections was remarkable, but his overwhelming hubris is annoying and makes me want to see him fail. What’s irritating is that Silver isn’t forthright about his doubts, and still stubbornly insists that he has more of a hold on this unprecedented election cycle than other pundits and journalists. His desperation to maintain his reputation over being an honest statistician is transparent and gross.

This is Donald Trump’s election to lose. His decision to hold a fundraiser for veterans in Iowa in lieu of attending tonight’s Fox News debate is a brilliant move, a masterstroke that has left both parties spinning. If Hillary Clinton had locked up the nomination without any competition, she’d rout Ted Cruz in the general. But once again, as in 2008, a challenger has come to usurp the youth vote and summon the passion and excitement that Clinton sorely lacks. Left-leaning people my age (23) consider Clinton as much of a lying huckster as Trump, and her assertion late last year that “rape accusers should always be believed” was a serious mistake, considering her history as Bill’s Lady Macbeth, smearing his mistresses and dismissing all the victimized women left in her husband’s wake. If Trump runs against Clinton in the general, he’ll have a field day expounding on Hillary’s hypocrisy when it comes to feminism.

Camille Paglia, in a recent column for Salon, pointed out a little-known detail of Clinton’s disguise: she’s a natural brunette, and more shockingly, she wears blue contact lenses. There’s so much to pick apart in Clinton for a generation obsessed with authenticity, who call out and shame those they perceive as out of touch or bigoted. Clinton does herself no favors by talking about her Methodist Christian faith, outdoing herself once again as a confused malfunctioning robot. She needs to start courting Sanders’ rabid fans, who’ll no doubt be jaded once the Vermont senator falters in the later primaries. Otherwise, she’ll be the embodiment of the establishment that Trump has culled so much disdain for. “President Trump”—get ready for how that sounds.