All sides can be horrible. 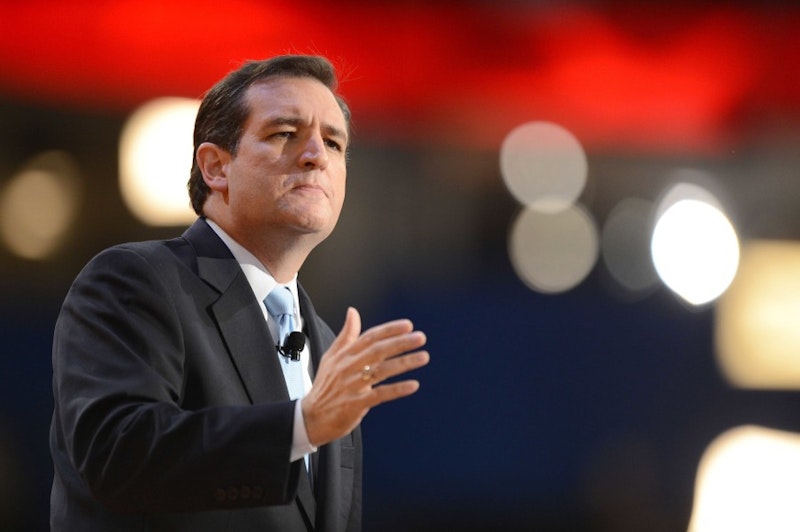 In a recent videocast, Lucy Steigerwald, Jeffrey Tucker, Chris Morgan, and I wrestled with the recurring allure of fascism, and we shouldn’t be dismissed as panicky. Consider the historical long term and see how major, seemingly eternal political traditions can in fact die and be succeeded by others.

The Republican Party did not adhere to 20th-century-style conservatism back in the 19th. Perhaps under Donald Trump’s influence, its residual conservatism will be hollowed out and replaced by a mild form of fascism in the 21st. (Come to think of it, if a fascistic and ethnically-insensitive Trump ends up facing Bernie Sanders in the general election, perhaps we can guess which ethnic group Trump will take underhanded shots at next.)

Traditions, including political ones, are stabilizing, but they are not necessarily permanent. They must sometimes be defended. That’s why—if anyone listened to me—I’d urge every anti-Trump candidate besides Cruz, who at least has a shot, to drop out now. If Trump wins Iowa, quirky though that state is, know that his path gets even easier thereafter, since he’s polling even better in New Hampshire and South Carolina and will likely prove unstoppable thereafter. Iowa is the potential firewall, and Cruz is the only large piece of kindling available—not that I’m suggesting putting Trump’s foes in ovens, you understand.

Adding to my frustration, in New Hampshire Trump is aided by a state campaign chair who had worked with multiple libertarian organizations: Americans for Prosperity, the Ron Paul presidential campaign, Young Americans for Liberty, and even the anarchist-leaning Free State Project, which is supposed to be making New Hampshire more libertarian.

I readily admit Cruz isn’t libertarian either, but he’s closer than all the other major-party candidates besides the low-polling Rand Paul. There are numerous articles noting how many people hate Cruz, which may well be true, but I can’t help noticing how many people quoted as hating him in articles like this are themselves monsters.

At least Cruz squares the GOP’s circles, potential Iowa voters: Call him contradictory, but in a potentially coalition-preserving way, he’s populist yet libertarian, Trump-friendly yet anti-Trump, border-securing yet Latino, predictably conservative yet hated by the party establishment, militaristic yet often anti-interventionist, law-and-order yet anti-surveillance, skeptical of drug legalization but also of the drug war, fanatical yet lawyerly. If the U.S. is a land of contradictions, he’s our best hope at this point of patching them over in something like a freedom-friendly fashion.

That’s not to say he’s necessarily the best man in Iowa if you look beyond the terrible two major parties: Bill Murray is campaigning for president there now as well [update: a hoax]—which makes every bit as much sense as Mike Bloomberg getting into the race. But particularly if the Democrats nominate Sanders, the Republicans nominating Cruz eliminates within their own party some of the meaningless bluster of the past several months and restores a coherent ideological debate between left and right. Make it happen on Monday, Iowa.

If it doesn’t, well, as a good anti-Marxist, I do at least take perverse pleasure in things that make it hard for the usual narrative-builders to say, “This was the inevitable course of history.” Saying that gets very hard if you don’t know whether the president will be Trump, Hillary Clinton, a sometimes Bible-thumping Cruz, or an elderly Jewish socialist from Vermont. Recall all those suddenly discredited narratives about how “The Republican Party has been completely taken over by [the religious right, hawks, corporate donors, libertarians, etc.]!” Apparently not, and we at least owe Trump for making that clear—and for irking elites who are themselves a little fascistic—but we still don’t have to make him president.

My biggest fear, since people tend to imitate “winners” and avoid “losers,” is that the blustering, irrational Trump approach could even become the norm, at least within the Republican Party and perhaps far beyond it (you see the fascistic potential even in some libertarians, as noted in the videocast linked above). Conservative Roger Simon, for instance, has already begun the process of rationalizing Trump’s numerous (and in some cases recent) deviations from conservative principles, saying Trump is a man of direct action instead of theory, so give him some space.

If you think that primitive line of thinking can’t spread, consider leftist Prof. Melissa Click, who was just charged for assault over her “I need some muscle over here” attack on a journalist last year at Mizzou. She’s a reminder that the idiot appeal of direct violent action spans the political spectrum and must be nipped in the bud.

Above all, retain the capacity to see both sides in a dispute as dangerous. For instance, I can understand people thinking an armed militia seizing some federal land in Oregon sounds bad, but I hope they will remain objective enough to condemn militia spokesman Robert Finicum’s apparent execution by cops, if initial reports about that incident are accurate. There’s fascist violence on all sides, as you’ve probably noticed before, if you but pause to remember.

Don’t encourage that drumbeat of apelike idiocy for one more day—specifically, this coming Monday.