A message for the GOP establishment. 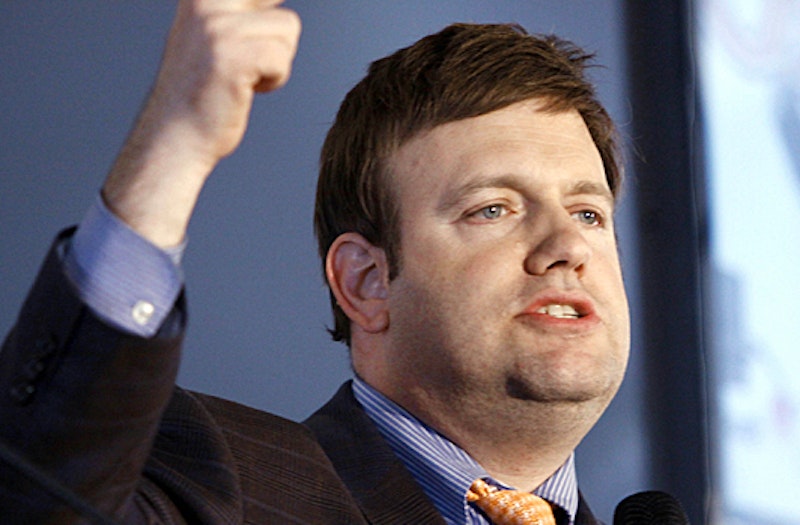 After last night’s debate, the pollster Frank Luntz presented a focus group that had gone dizzy about Marco Rubio. Hands went up: just three had come in supporting Rubio. Hands again: a forest was now leaning toward him. The debate’s biggest moment? “When Rubio showed a little bit of humor, and a lot of respect for our American heroes,” Luntz said, “the dials went through the roof.” There followed a clip of Rubio making fun of Bernie Sanders and saying Hillary was unfit to lead the troops.

We’ll see. The night of the GOP’s first debate, Fox presented a post-show focus group where a crowd of citizens derided Donald Trump and pronounced his debate performance a bomb. “Megyn, we’re about to make some news tonight,” Luntz had said. But the real news came during the next few days, when Republican voters bombarded Fox News via email and social media. They explained that actually Trump had done great and that Megyn Kelly—damn her snotty, anti-Trump questions—had been a traitor and bum. Three days of this ruckus and Roger Ailes, the boss of Fox News, called up Trump to talk peace.

The Rubio of last night’s debate was the same as ever, a good little performer, and maybe his song could be heard with Trump not around. But Luntz does sometimes gather together voters because they all believe the same thing and believe it hard. He did that this fall, astounding reporters with focus groups where white people in chairs howled their loyalty to Donald Trump and their hatred of the establishment. Possibly he did it again last night and the night of the first debate. There may be a big room backstage, and a lot of voters may be sitting there who watched the night’s debate and flipped the like-dislike knob back and forth without showing the right pattern. But the voters who did show the right pattern—in this case, no-Rubio followed by yes-Rubio—were led to the room with the cameras. Yes, that would mean Luntz was not straight with viewers about his findings and how he got them.

One reads that Louis XIV had a long-time personal physician, an amiable mug in a vast wig who bled patients to cure them. Very often the patients didn’t make it, but Louis XIV swore by the doctor and kept him on for decades. I guess the fellow wasn’t such a bad choice; most doctors of the time bled their patients and watched them die. Still, he wasn’t a good choice, not in a medical way. No doubt the doctor thought he was selling expertise, and the king told himself that’s what he was buying. But really the king bought reassurance.

Monarchs can be silly about the experts they hire. I bring this up because Frank Luntz does so much work for Fox. Another client was poor Eric Cantor, now retired from public life after voters didn’t do what the surveys indicated.

Megyn Kelly’s surprising voice.  Megyn Kelly, talking post-game with a pundit, broke in to remark that debaters and moderators had said little about Trump, just hadn’t brought him up that much. That had also been her theme when talking with Ted Cruz, and the Senator had agreed with her. He did so despite an entertaining clip, played by Fox before and after commercial breaks, where Cruz himself discussed the Big Anus. (“I’m a maniac and everyone on this stage is stupid, fat and ugly. And Ben, you’re a terrible surgeon. Now that we’ve gotten the Donald Trump portion out of the way...” Fair enough, of course.) But the pundit wasn’t so cooperative. Unlike Kelly or the candidates, he had no vested interest in downplaying Trump. The pundit just wanted to keep saying what he was saying.

Kelly’s voice skipped high and loud as she first presented her thought to the pundit, her observation that Trump wasn’t much talked about. The pundit brushed past the idea, and Kelly said, “All right, all right,” her voice still up. Her voice sounded like just the top register was left. I never suspected Megyn Kelly’s voice might have a top register that was harsh and over-sharp. Her throat seemed like it could take any amount of volume without the pitch going bad. But no, not on the Night of No Trump.

A little later Kelly was back to normal. Another pundit, reflecting on Jeb Bush, said, “I think he did better without his bully around.” Kelly wasn’t impressed. “He had his moments,” she said of the saddest Bush. “He had some lines.” She sounded like a teacher who figures all the children ought to be encouraged, but who also figures what the hell.