Something changed after the recent Parkland massacre. 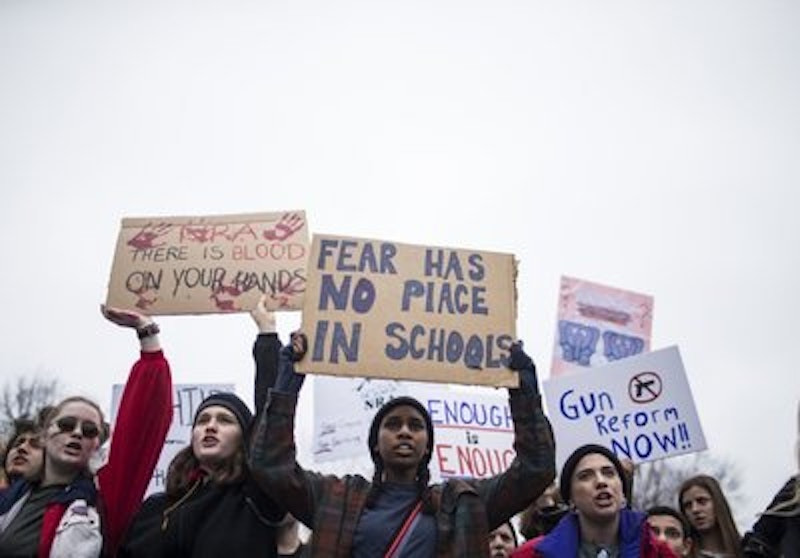 In 1999, there was Columbine. It wasn’t the first mass shooting, but the first one covered on national television, and it changed the way Americans reacted to violence. Columbine became an antidote to bullying, especially on the Internet. But the gun issue still remained in the background.

In the recent Parkland massacre, something changed. Children blamed adults. They emerged from the carnage with a new perspective, taking on an advocacy role that many in the political arena are afraid of. During the massacre, students reached for their digital devices to stream in real time. This was instinctive from a generation accustomed to documenting every moment of their lives. But this documentation had a profound effect on what Americans saw and heard. These students offered personal commentary.

When Donald Trump offered his condolences and prayers, the students reacted with anger. When Fox News commentator Tomi Lahren tweeted "this isn't about a gun, this is about lunatics,” high school senior Carly Novell tweeted back, "I was hiding in a closet for 2 hours. It was about guns. You weren't there, you don't know how it felt.”

Will this shooting be any different than the others? In 2012, a 20-year-old used an AR-15 semiautomatic rifle to gun down 20 children in their first-grade classroom. This gun was similar to the one used at Parkland. Even after parents went door-to-door on Capitol Hill, no reform was passed. AR-15s were banned under a 1994 bill that’s expired. By 2004, an election year, Congress decided to let the ban slide, influenced by a need for votes. George W. Bush declined to push Congress to renew the law even though polls showed two-thirds of Americans supported it.

Will this generation change anything in the gun debate? Many of these young people will turn 18 this year, and they’re following the #NeverAgain movement, a commitment not to vote for candidates who receive donations from the NRA or don’t support gun control. There’s a trend on social media about #NationalSchoolWalkout, an event in which students and teachers will walk out of their classrooms on March 14th in support of gun control legislation. This choice to organize and mobilize is reminiscent of the protestors in the 1960s who used television to broadcast their message. These digital natives are using the same tactics through social media in ways that have quickly gained attention throughout the country.