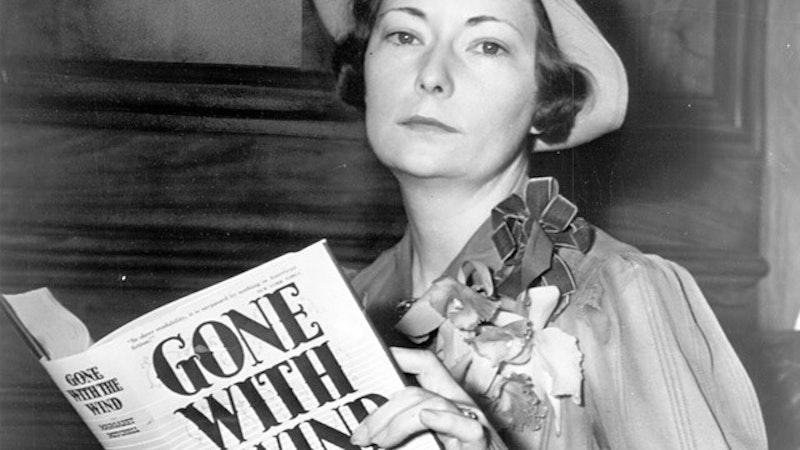 Art in this country is made by and for liberals. This is a claim that has apparently endless appeal for all parts of the political spectrum. Conservatives like to believe that liberal cultural touchstones have captured the media wholesale, leaving a few, proud freethinkers to fight against the power. Thus Adam Bellow's recent call (already mocked on Splice by Nicky Smith) for a counter-culture of valiant conservative novelists to "fight back against this liberal establishment with its politically correct regime of thought control." Liberals, meanwhile, enjoy imagining that they are naturally more artistic, funny, daring, and generally aesthetically awesome than their conservative counterparts. "… artists of all types have always been more likely to be liberals—challenging tradition, exploring new ways of seeing—and always will be," Paul Waldman declares smugly, on his way to telling Bellow that his hope for successful conservative novelists is a pipedream.

So Bellow from the right and Waldman from the left are united in bipartisan amity. That's a rare and beautiful thing… but in this case it's also foolishness. If you don't think there are successful conservative novels with a mainstream profile, I have four words for you. Gone With the Wind.

Admittedly, Margaret Mitchell's Gone With the Wind is old; it was first published in 1936, almost 80 years ago. But it remains a huge cultural force. A CNN article on its 75th anniversary in 2011 said that there were 30 million copies of the book in print; the 1939 film adaptation with Clark Gable and Vivian Leigh is probably the biggest money-making film of all time. There have been multiple sequels, authorized and unauthorized, with a prequel focusing on Mammy scheduled for later this year. A poll from this March found that the original book was more popular with Americans than Harry Potter, The Lord of the Rings, and the Catcher in the Rye. In fact, the only book that ranked ahead of Mitchell's novel was that notably liberal tome, the Bible.

I doubt that either Bellow or Waldman were thinking of Gone With the Wind when they contemplated conservative art. And most fans of the book probably don't necessarily think of it as promoting a conservative agenda. But there's no way around it; Gone With the Wind is really conservative. It obsessively romanticizes the past, which it frames as a place of noble hierarchies, social certainties, and virtue. "Yes, life has a glitter now—of a sort. That's what's wrong with it. The old days had no glitter but they had a charm, a beauty, a slow-paced glamour," as intellectual dreamer Ashley Wilkes muses, in one of many such orations.

In addition to the nostalgia, Mitchell's book explicitly embraces a conservative political program. Gone With the Wind takes an unyielding stand against federal intervention, condemning centralized intervention in the states as corrupt and intolerable.  It also opposes government handouts, arguing that such manipulation of the rules of the game creates a situation in which "honest labor could no longer earn its just reward."

Mitchell's conservatism is linked closely to her support for the old Confederacy and slavery. When Gone With the Wind opposes federal intervention, it's denouncing the liberation of the slaves. When it calls for a strong law-and-order approach to crime, it's supporting the murder of black people by the KKK.

Thinking about Mitchell's novel as a conservative book, then, raises some questions for present-day conservatives, who have certainly disavowed the slavery and the KKK, but whose current obsessions—federal overreach, anti-anti-racism, idealization of the past—resonate uncomfortably with Mitchell's narrative. At the very least, conservatives who work themselves into a froth about liberal totalitarianism and natter on (as Bellow does) about Soviet dissidents, could pause for a second and consider our country's actual experience with authoritarian rule. This was conducted first under the name of chattel slavery and then of Jim Crow, and, as Mitchell shows, it was not Stalinist, but conservative in outlook.

If Gone With the Wind is embarrassing for conservatives in some ways, though, it should also give Bellow hope. Mitchell was incredibly successful as both a novelist and a polemicist. Its political message couldn't be much more open or insistent—she denounces individual Republican politicians by name, damns Reconstruction government in so many words, and endorses Southern Democrats (at that time the conservative party) enthusiastically. And she manages to do it all in the context of a sweeping love story, so that the political failure of the South and the romantic failure of the heroine are wrapped around each other, impossible to tease apart. You fall in love with Scarlett and the Confederacy at the same time. In the face of such thematically and rhetorically accomplished propaganda, Jon Stewart and Stephen Colbert look like puerile novices, preaching blandly to the converted, rather than insinuating themselves in the hearts of the convertible.

As for liberals who want to believe the world's artists are on their side… well, Gone With the Wind is a good place to start disabusing. Progressives have no copyright on imagination. Mitchell's hardly alone; the roll of conservative artists, variously defined, includes everyone from Trollope to T.S. Eliot to Yeats to that ardent anti-revolutionary Shakespeare. There have always been eloquent advocates for every point of view, no matter how liberals, or conservatives, might wish there weren't.