The Case for a Conservative Counterculture Does Not Exist 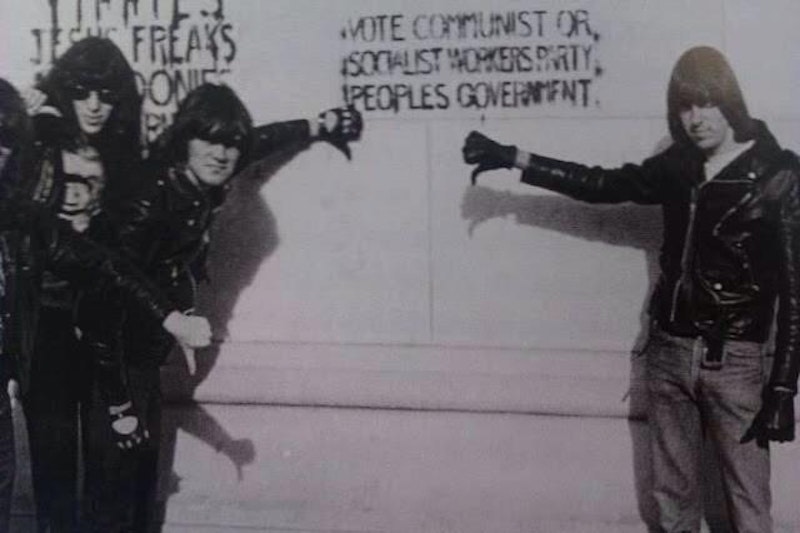 Adam Bellow’s cover story in the July 7th issue of The National Review is the dumbest thing I’ve read in a long time. “The Case for a Conservative Counterculture” makes no sense and only shows how deluded and ignorant the author is. The slug line reads: “For too long, we have ceded the popular culture, especially fiction, to the Left. It is time for our own novels and entertainment.” That’s stupidity that just screams, “Read me.” Bellow bemoans the lack of conservatism in pop culture and bitches about “the liberal thought police,” a rap we’ve all heard before. He admits that “Today’s conservative writers are not in danger of having their fingers hammered in a labor camp,” yet here is this silly article, so full of contradictions. He seethes with rage about ad hominem attacks from progressives while handily dishing out his own: describing a woman who chastised him as “sunk in her chair, groaning, and blowing her nose” with a bad cold. A very revealing and unnecessary description that immediately reminded me of how conservatives count Hillary Clinton out because “she looks too old,” even though everyone running looks like they just came out of a sarcophagus. He also mocks the appearance of an old classmate who was into gender studies, recalling that he “looked like he had just walked off a commune (which I’m pretty sure he had): macrobiotically starved, with stringy hair, what looked like tree moss growing on his neck, and faded purple corduroys, their tattered ends exposing narrow feet.”

What a long-winded way of calling someone a “dirty hippy.”

Bellow, a publisher, claims (and this is one of the pull quotes), “mainstream popular culture is still largely driven by books.” What planet are you on? Can I come over? Books are great. They’re not the center of pop culture and haven’t been for years. How did this get past Bellow’s editor? Like a lot of conservatives, he’s obsessed with revolutionary imagery and tradition, comparing “the Left” with Mark Antony at Caesar’s funeral, and asks with complete sincerity, “How do we fight against this liberal establishment with its politically correct regime of thought control?” Even in such a reality of fantasy, Bellow can’t name a single upcoming or contemporary conservative writer or artist at the forefront of “this cresting wave of right-wing creativity.” Bellow may believe a lack of conservative pop culture is a sure signs of totalitarianism, but it’s just supply and demand, what the people want.

He assumes we all know what he means by “conservative,” but that’s a rough assumption, and it can hide a lot of nasty stuff. Check out this hysterical rant, the only paragraph in the entire piece that even hints at Bellow’s actual beliefs and positions, feigning the voice of his imaginary liberal Twitter storm troopers: “Do you support the traditional view of marriage? You’re a homophobe who wants to deny equal rights to gay Americans.” No elaboration needed: you absolutely are a homophobe, or at least a complete asshole if you don’t think LGBT Americans should have marriage and the rights that come with it. “Do you question the economic benefits of raising the minimum wage? You are a selfish Scrooge who hates the working class.” Just by his phrasing, Bellow definitely doesn’t care about people who have to work for minimum wage—his first concern is the money. “Do you want America to establish control over its borders? You hate hard-working immigrants who just want to enjoy the American dream.” Obviously the border needs to be secure, but I wouldn’t be surprised if Bellow’s view of immigrants is close to Matt Drudge’s (i.e. disgusting, transparently racist). “Do you believe a human fetus has legal and natural rights? You’re a misogynist who wants to control women’s bodies.” Once again, yes, what you said you aren’t, you actually are—you can’t have a baby, and your nonsensical belief that a fetus has rights comes from a book no one should ever live by. “Do you support the death penalty in certain cases? You’re a heartless savage no better than the killers themselves.” The death penalty is wrong, and life in prison (a real prison, solitary confinement!) is, I imagine, far worse than the comfy void of death. And if you’re gonna execute, at least do it right! (Looking at you, Oklahoma). “Do you oppose any aspect whatsoever of Barack Obama’s transformative agenda for America? You’re a racist. Racist, racist, racist!” This is the sound of someone backed into a corner.

Bellow thinks he’s in a “salon of the refused,” comparing his e-books to Cold War samizdats. Just like every ideological dinosaur, he clings to the images and ideas of dead white men who were far from perfect but were smart enough to put free speech first. Bellow seems confused and contradicts his main point, saying that while “political power eludes” progressives, they are Orwellian in their power and influence.

“Every conservative has a responsibility to support the rising counterculture. Buy their books and records. Share their videos with your friends… Or become a creator yourself—write a story, record a song, make a video.” It reads like PTA meeting copy, something a sad mother would say to a half dozen people in a cafeteria at 5:45pm. The counterculture Bellow wishes to imitate and capture the spirit of is antithetical to everything that modern conservatism stands for. Conservatives are not oppressed; they’re losing the disproportionate power they’ve had for hundreds of years. They’re not being discriminated against: the tables are turning naturally, and the tide is one of humanism, not dogmatic liberalism. Forces like the “gay mafia” that Bellow derides are social justice organs, righteously indignant about being treated like garbage and doing something about it. They’re everything Bellow wants to be, except they’re winning. What he wants and how he describes it is exactly what we already have in the culture. Creativity comes out of strife, and I suspect the majority of The National Review readers are doing just fine. Same goes for straight white guys. So Bellow, once again, just for you: the dearth of conservative art and entertainment in our culture isn’t Orwellian, it’s how the people feel, and you are for the people, so suit up and prepare to be second banana, as a straight white man with wooden ideas and delusions, in the years to come.