The GOP Problem: Faith and Marriage Fixation in a Post-Faith, Post-Marriage World 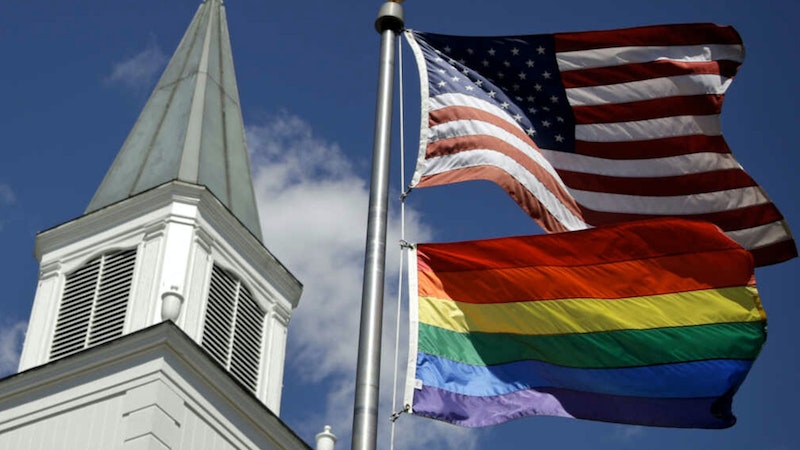 If Freud, the father of fixation, was still around today, one assumes that he’d relish analyzing many on the Right. Although a clear line between Conservatism and Christian nationalism exists, that line is getting blurrier. With Marjorie Taylor Greene at the helm, and individuals like Josh Hawley and Matt Gaetz in support, Christian nationalism is beginning to define the GOP. Are there benefits associated with religion? There are. But that’s not the point. Preaching a message centered around Christian nationalism is, at best, unwise. The country’s Christian majority is shrinking, and fast. Within a couple of decades, Christians could make up less than half the U.S. population. Millennials and Zoomers, two demographic cohorts that will define future elections, are losing faith in record numbers. The 2020 election showed the voting power of young people. Close to two-thirds of all young voters chose Biden over Trump. A fixation on Christianity isn’t going to attract these voters; it’ll likely drive them even further away.

The Democratic Party isn’t healthy. It’s not overflowing with inspirational members, hence the reason why so many are advocating for Biden, a man who does his best to remember his name, to run again. The Left is, in many ways, out of options. There has never been a better time for the GOP to work on changing its branding and its broader message. Rallying against "wokeness," although important, isn’t enough. It’s too vague. It means everything and nothing. Instead, the GOP needs politicians willing to accept reality, the kind of people brave enough to stand up and say believers are welcome, but non-believers are too. The number of Americans who don’t identify with any religion continues to grow. This has been the case for over a decade. It’s time to accept this Godless reality. As Nietzsche never quite said, “God is dead… again.” The sententious, Bible-thumping rhetoric on the Right must stop.

The fixation on family must also stop. Faith and family are intimately associated. Only a fool would argue against the importance of the nuclear family. For centuries, it has functioned as the backbone of civilized society. At the same time, only a fool would fail to acknowledge that fewer Americans have any interest in getting married or having kids. The GOP should welcome those married and with children, but also those who have no interest in wedlock or parenthood. The GOP doesn't actively prevent these people from supporting the party, but it doesn't court them either Why not? These childless, faithless, unmarried people are fast becoming the face of America. Many of the Right will read this and shudder. It’s understandable.

Besides ending its fixation on faith and family, the GOP needs to finally cut all ties with Trump. As mentioned already, young voters didn't think too highly of Trump in 2020. Three years later, there’s little, if any, reason to think that they feel otherwise about the morally dubious septuagenarian. When he first ran for office, Trump was original. His rhetoric was, in a perverse way, refreshing. However, his failure to accept the fact that he lost the 2020 election has further sullied his already dubious reputation. A deceitful, capricious, and malignant narcissist, he’s not the right person to represent the U.S. Say what you want about Biden, he seems somewhat human, with a moral compass. Can the same be said for Trump? Moving away from Trump is an absolute must.