Public domain content is a useful tool in the digital era. 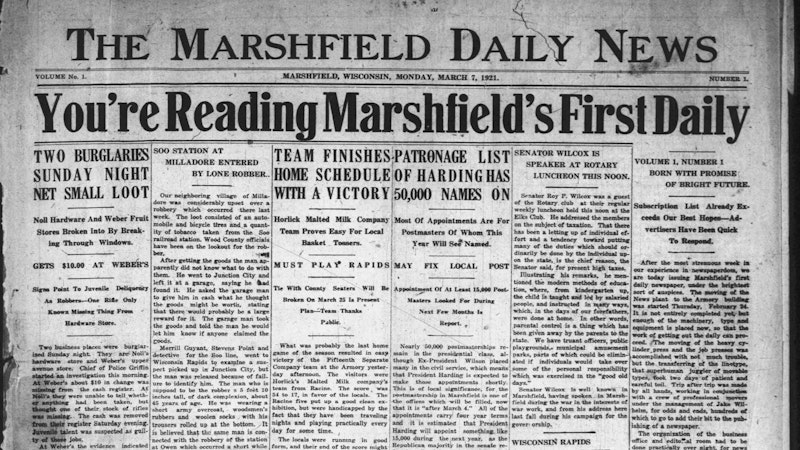 Local media outlets face challenges in the digital era. It’s hard to get people to pay for news. It’s hard to procure necessary funding for more than a couple of people on staff. And it’s hard to come up with interesting, compelling content daily. But while small outlets face hurdles, they can bolster their operations without additional cost by using public domain content.

In recent years as a reporter for NewBostonPost, I’ve found public domain content immensely helpful. Photographs are the best example. I have no photography experience, and NBP has no photographers. And one of the most aggravating things about the decline of news media is that reporters, in many cases, are now also photographers. I remember this when doing freelance reporting on minor league and summer collegiate baseball players several years ago. Newspapers offered low rates for reported articles but also expected people to produce photography for their articles. I know how to write stuff. I don’t know how to take pictures.

I don’t report on sports much these days, so that’s not an issue. And in digital news, two easy tricks exist to find usable photos. The easiest way is by visiting royalty-free photo websites that offer public domain photos. It’s important to note which type of Creative Commons license individual photos and photo sites have. Some photographers don’t allow people to use their work for free for commercial purposes, whereas others don’t care. If a photo has a Creative Commons 4.0 license, media outlets can use it without issue, even if they are for-profit entities.

My go-to website for photos is Unsplash, but others exist. Pixabay and Public Domain Pictures are a couple of other notable sites. Another way to get photos is by taking screenshots of newscasts and including the channel’s logo. I learned this trick when writing for Newsbusters, and it remains helpful when reporting on politics. If a news outlet lacks a quality photo of Elizabeth Warren, it can find one of her television appearances on YouTube and use the screenshot as a photo.

However, the same is true of written content. Unfortunately, no one has compiled a comprehensive list of American news outlets that feature high-quality, free-to-republish content, but they exist. I’ve researched this topic for over a year and have found three places whose content I like using at least semi-regularly. The Center Square, a right-leaning outlet, produces a mix of state-specific content and national stories run by many news outlets. Stateline, part of Pew Research, produces national stories on problems the country faces, although they have a liberal bias. And Common Dreams also has content worth using, although it’s objectively left-wing. I don’t care which way content leans as long as it sticks to facts.

Written content from different outlets can give readers unique perspectives and information on topics that a local media outlet lacks the time and resources to cover. It’s also a way to find less partisan content, bringing some balance to right-wing or left-wing sources. While a free-to-republish news site might not have articles about polyamory, tampons in men’s bathrooms, transgender athletes, and crack pipes, they may produce solid content on issues like the opioid epidemic, government spending, mental health, or cybersecurity. The latter topics can also appeal to a broader group than niche content for conservatives.

In the coming years, I expect artificial intelligence will help local media produce more content, as entities like ChatGPT can now write school essays. If they can write content that, theoretically, could give students a passing grade, the algorithms may also know how to write other types of content. Even if AI can only produce list articles, it’ll provide added value for small news outlets. AI could make some strong points using different political and philosophical viewpoints in a single article.