I can't even muster any faux outrage on this one. 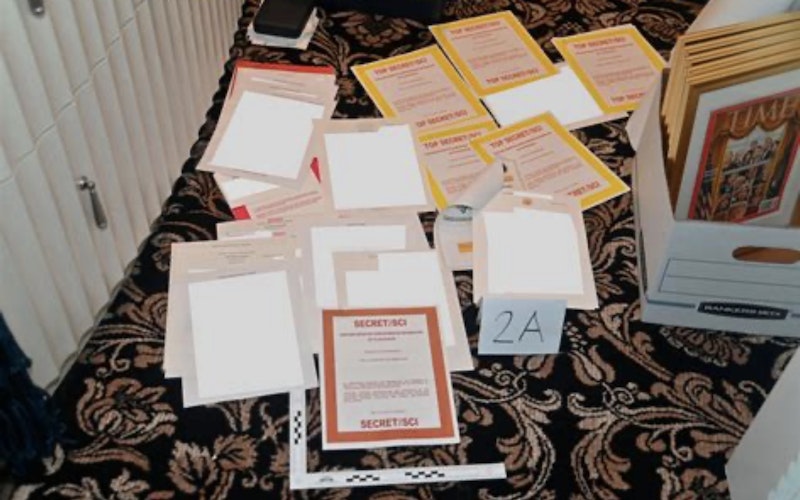 Everyone on the right thinks a Democrat-appointed justice (probably Sotomayor) leaked the Dobbs abortion decision to stoke anticipatory outrage; everyone on the left thinks a right-wing justice (probably its author, Alito) leaked it to freeze his fellow justices' votes into place. If we can predict your views on a factual matter like that from your political ideology, without regard to anything bearing on your access to relevant evidence, then you’re generating beliefs in a completely evidence-independent way. This is true, roughly, of every single Democrat and every single Republican, on most issues. Having credibility requires that one's beliefs be responsive to evidence, and anyone who has the factual beliefs conventional on their side of the political spectrum should be regarded as having little.

The scandals concerning classified documents in Mar-a-Lago and Wilmington are a beautiful demonstration of the clashing hypocrisies, mirrored faux outrage, and merely instrumental communication characteristic of our current jive-ass political arguments. As soon as the story of classified documents in storage rooms at Trump's Mar-a-Lago compound emerged, previously social justice-oriented people, people who the day before were obsessed by racism, transphobia or income inequality, suddenly sounded like national security hawks. They started spinning out dire scenarios in which Trump had stolen "the nuclear codes," or lists of CIA agents, now lying scattered in some storeroom, if not on Putin's desk.

I'm not sure what Trump really had; a lot of the apparent info on that still seems to be rumors; and we're unlikely to receive any clear account any time soon of what was seized. After all, the stuff is classified. I'm not sure what "nuclear codes" are, exactly, or what one might do with them if one had them. But I note that all of that was hyperbolic speculation. As far as I've seen, nothing bad actually happened; no secrets of any consequence were divulged in a way that did any damage. Or if damage was done to national security, tell me exactly what it was. It's not my job, nor that of any particular Washington Post columnist, to protect state secrets. I'm more interested in prying them loose. If I hated Trump (I do), this might be useful as a lever to discredit him. But if that was the first time I ever expressed deep concerns with the classification of documents, I'd just be clowning around.

Biden was also ostensibly outraged by Trump's document stash. So of course it's ironic that he has a version of the very same problem. They keep finding more items in Wilmington. Time for Republicans to gloat stomp with hobnail boots. Biden’s a hypocrite on this. On the other hand, if you minimized the Trump story and are now screeching at Joe, you've just made yourself into a mirror of what you despise. Well, that's every partisan's hobby, their deepest commitment: to become more and more like what they hate, every day in every way. You chose a side, and when you did, you pledged your sacred honor to battle their disinformation with your disinformation, their attempts at manipulation with your own.

Within hours of the first stories on Biden's possession of classified documents, before anyone knew almost anything (the facts are still emerging in dribs and drabs), the columns appeared: Biden's situation is nothing like Trump whatsoever! If that was your own first response, you should engage in some self-examination: what did you know when you drew that conclusion? What was its factual basis? You were making substantive factual assertions, informed by nothing but political ideology. Might as well face it, that's the kind of person you are. You shouldn't listen to yourself. How many documents Biden had where, about what, is still emerging, but the defenses, some of them by people described as “reporters,” precede the facts.

By the time a bit more information came out last week, Jennifer Rubin of The Washington Post, for example, had retreated from "nothing like!" to a series of classic obscurantist defenses: Biden broke no law, she claimed. His subordinates fucked up, I bet! But if you’re Jennifer Rubin, the claim that Joe Biden broke the law is known to be false prior to any investigation. In case you were worried about whether Rubin is a mere propagandist, her next several columns, as the several columns before, were in this spirit: "Biden is reveling in his stark contrast to MAGA crazies." And also, he almost certainly, very probably, broke no laws! Re-elect the president.

The New York Times did a little better as the stories unfolded, going with formulations like "Yes [yes?], Trump and Biden both broke the rules. Here's why they're not the same," and then going on to Jonathan Alter's mournful "Oh (oh?) Biden, what have you done?" Alter is saddened, of course, by the PR disaster.

I figure a lot of people bring home a lot of material from their government job. I grew up around people who were ambassadors, or who ran project MKUltra. I'm not sure I wondered much about what documents they had in the closet. Maybe all kinds of shit; everything’s marked classified, and they were working on their memoirs. If I suddenly started worrying about that kind of stuff now, in order to bash my opponents, I wouldn't be making any sense.

There's plenty of real shit out here to feed into the furnace of my bipartisan outrage.