Charlie Baker Was a Terrible Governor

This pro-life conservative in Massachusetts is glad to see him gone. 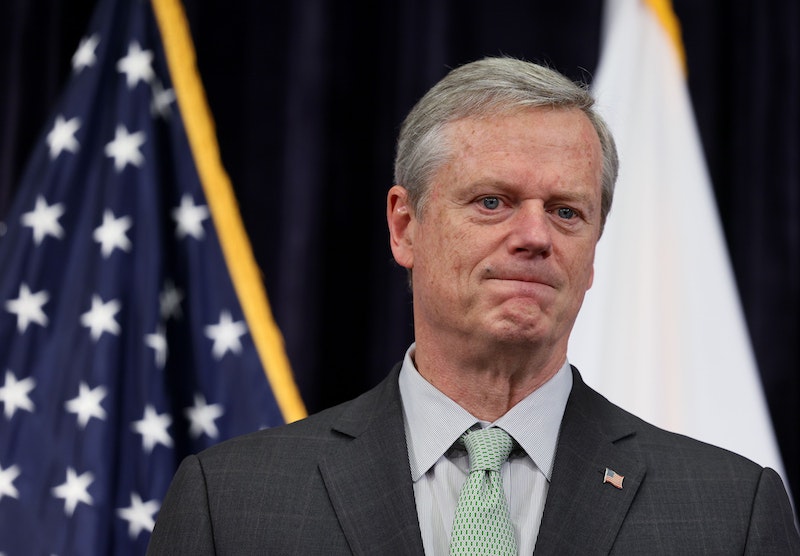 Charlie Baker’s no longer governor of Massachusetts. Baker was a Republican governor of one of the bluest states in the country. At times, he had the highest approval rating of any governor in America. He also exemplifies the problem with party politics. I’m an unenrolled voter, and don’t base votes on the R or D next to their name. I’m a conservative and an issues-based voter. A candidate's positions matter more than their party affiliation. That means voting for Democrats, at times, and blanking races in other cases.

I never supported Baker. Many Republicans also disliked Baker, but his approval rating among Republicans exceeded 50 percent in the summer—unthinkable. Baker was a terrible governor for conservatives. He signed a bill into law last year that made the state's abortion laws even more liberal. The law says that insurance companies must cover abortions with no cost sharing. And in Massachusetts, you must have health insurance unless you want to pay a fine. He also supported increasing state funding for abortions by millions. If you’re pro-life, these are indefensible positions; anyone who voted for that bill doesn’t deserve support from conservatives.

One can argue that Baker’s successor, Gov. Maura Healey, is worse on the topic. She wants to remove the parental consent requirement for minors under 16 seeking abortions in the Commonwealth. But voters have no obligation to support either one of them. Baker also embraced woke gender ideology. In 2016, he signed a bill that allows people to pick which sex-segregated bathrooms and locker rooms they use based on their self-selected gender identity. And his administration embraced the idea that more than two genders exist. The Registry of Motor Vehicles began offering a nonbinary gender option (Gender X) in 2019 without any law directing them to do it. Additionally, the state's Department of Elementary and Secondary Education began tracking how many students identify as nonbinary starting with the 2019-2020 school year. So while Baker’s not to blame for tampons being available in the Pembroke Public Library men's bathroom, he’s a part of the same culture that made it possible.

Baker was also a bust on fiscal issues. He broke his no new taxes pledge. He was one of the last governors to back out of the Transportation and Climate Initiative—a proposed cap-and-trade scheme that would’ve made gasoline and diesel more expensive with little environmental benefit.

Other problems also became worse in the Commonwealth under Baker's leadership. Massachusetts is one of the most expensive states to live in, and that worsened under Baker. Homeownership is unrealistic for many young Bay Staters, and rents are rising. Electricity prices continue to increase; Baker signed a bill that may ban the sale of new gas-powered cars in 2035. The MBTA (Massachusetts Bay Transportation Authority) is a mess; an Orange Line train burst into flames last summer—and the MBTA had to cut service to 43 bus lines due to a lack of personnel. Opioid overdose deaths increased in Massachusetts over the past eight years. Baker’s administration shut down churches and gun shops during the pandemic, ignoring the First and Second Amendments. He embraced corporate welfare, and his administration made patronage hires that turned into corruption scandals.

Watching Baker govern for eight years led me to wonder: what does being a Republican mean? Baker’s a Republican, as are Donald Trump and Marjorie Taylor Greene. Besides supporting tax cuts for wealthy corporations/businesspeople and giving billions in foreign aid to Israel, it’s hard to see what binds these people together.