The Futility Of Antiracism

It's a movement that defeats itself. 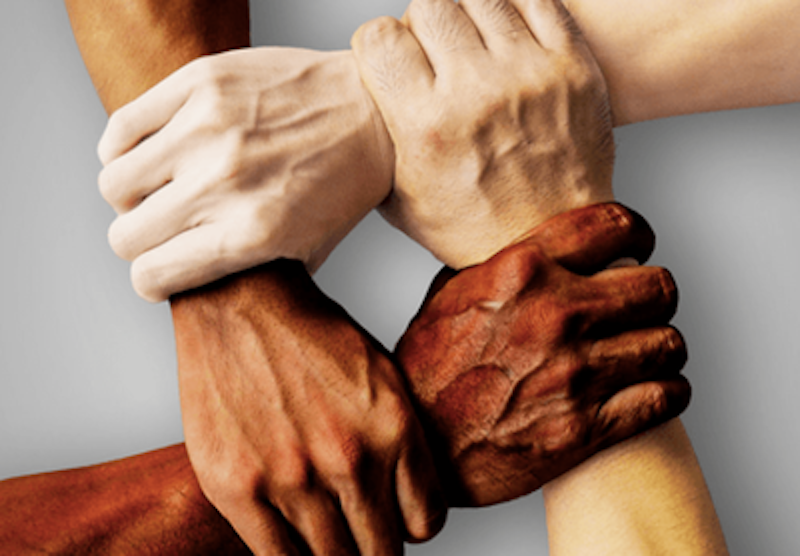 Despite what fervent leftists might have you believe, most Americans would agree that opposing racism is a good idea. Perhaps Ta-Nehesi Coates—who with his elegant prose and perceived gravitas presides like a pessimistic priest over the national debate on racial matters—exaggerates a bit, but the U.S. still hasn't been able to shake off the vestigial racism from its openly racist past. So all those millions of Americans opposing racism would be receptive to what's known as Antiracism, right? Not so fast—this one's not quite that simple.

Antiracism, now that it's earned a capital "A," prescribes a specific manner in which racism must be addressed. That's where the catch comes in. Antiracism's militant proponents insist that the conversation on race be a one-way affair in which the role of white people is to listen. Their "whiteness," which even a Herculean effort can never absolve, confines them to a lesser role involving tasks that are explicitly spelled out for them.

Antiracism is a quasi-religious movement full of dogma. One of its core tenets is that the U.S. is rife with incorrigible racists. Antiracists tell us that structural racism must be dismantled, but by their own definition of this country that's about as realistic as converting carnivores to preachy veganism. In other words, their struggle will never end. The only whites that Antiracism has any hopes of converting to its creed are the guilt-ridden, well-educated penitents on the Left. There is no "America as a whole" that's going to eventually acknowledge its privilege and follow Antiracism's path to redemption.

More evidence of the Sisyphean nature of Antiracism is its cornerstone belief that if there's any doubt that racism occurred, the answer must always be, "Yes, it did." There's no room for acknowledging advances in fighting racism. Evidence of racial progress is, in fact, antithetical to the preachings of Antiracism, so it's discounted like fundamentalist Christians might ignore evidence that the Bible's not to be taken literally. To entertain ideas that contradict the core beliefs of any faith-based group is to threaten the existence of that group. If Antiracism were debunked, a bunch of scholar/activists in academia would be out of work.

It's hardly a surprise that concepts like Antiracism, white fragility, and whiteness can only find purchase on American campuses, which provide an ecosystem where cult-like beliefs disguised as the legitimate product of rigorous study can thrive, as long as they're born on the Left. In the worst-case scenario, you get what happened at Evergreen State University in 2017 when biology professor Bret Weinstein found his safety was in danger after he respectfully declined to stay off campus on a day designated for white people to be banned. The ensuing events revealed that Antiracism had insinuated itself so thoroughly into the fabric of the school that it gave up on everything that it used to believe in (e.g. academic freedom) in order to embrace an angry cadre that backed up its long list of inflexible demands with the threat of violence.

Under Antiracism, the category of racism gets expanded in order to comply with the belief system. People who aren’t actively fighting racism, regardless of whether or not they harbor any racist beliefs, are considered racists—"passive racists," according to the nomenclature. By this strategically-crafted definition, all Trump voters and most Democrats are racists. Those on the Left who are trying to fight inclusion in this massive group by hectoring us about white privilege are fooling themselves. Hashtag activism accomplishes little besides getting an author's book dropped on a trumped-up allegation or getting someone unfairly fired.

As it was spelled out in Whiteness at the Table: Antiracism, Racism, and Identity in Education, "Being called racist, paradoxical as it seems, is part of a commitment to engaging in white Antiracism." Being called a racist is like a Christian being baptized. You can't be saved until it happens. In How To Be An Antiracist, Ibram X. Kendi wrote, "A racist measure is any policy that produces or sustains inequality between racial groups." As the saying goes, "When you're a hammer, everything looks like a nail." Antiracists can probably find a racial component in something as unlikely as net neutrality.

During China's Cultural Revolution, struggle session victims were forced to admit to crimes, and then the crowd would abuse them. Antiracism is essentially a struggle session for whites. What Antiracism sees as noble acts is often little more than bullying. Those whites who harp on their white privilege, and that of others, are publicly humiliating themselves while simultaneously signaling their virtue out of a desire not to be seen as racists or passive racists.

The canned jargon of Antiracism suggests indoctrination rather than beliefs that were arrived at after careful consideration. And we already know that calling everyone racist doesn't work. That's what the Democrats did to Trump supporters throughout his entire campaign, and look who got elected.