The Pessimism of Alexei Bayer 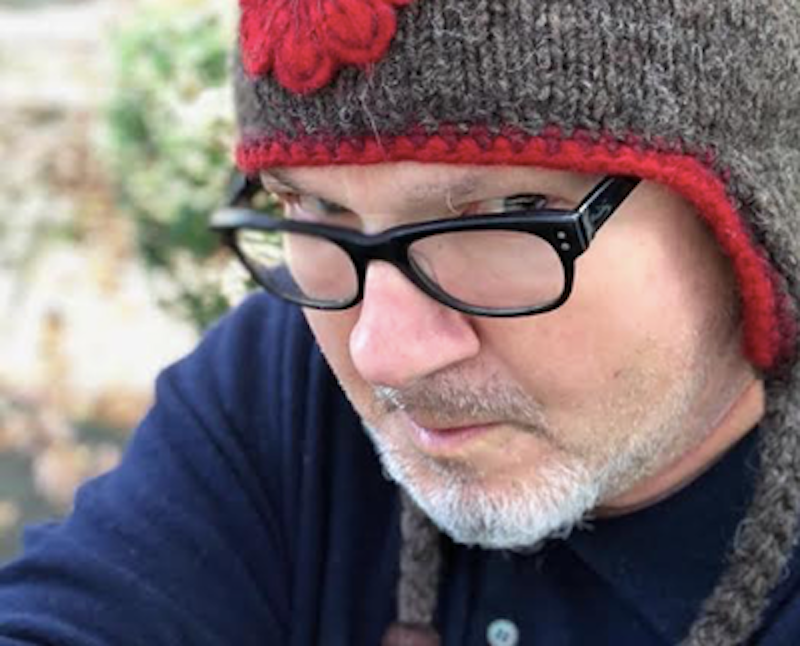 Alexei Bayer came to the U.S. as a high school student in 1975, part of a wave of Jewish flight from the Soviet Union. An economist, novelist and political writer, he’s been a friend and sometime colleague of mine since the early-1990s, when we worked together at a newsletter publisher initially called Business International (which also was the company Barack Obama left to become a community organizer, a transition that got scrutiny as he rose in politics). Alex and I were economics co-authors for Mental Floss magazine, and I was an editor of his longtime column for Research, a magazine for financial advisors, among other collaborations.

Bayer has a heightened sense of what can go wrong, a quality surely abetted by being from Russia. A feel for the tragic is generally evident in Russian-born Americans I’ve met or read, such as Cathy Young, gamely calling out illiberal forces amassing on left and right; or Julia Ioffe, perturbed by Russia’s influence in the Trump era; or mathematician Edward Frenkel, recalling the Soviet bureaucrats who barred him from a top school because of his partly Jewish ancestry. I long contrasted Bayer’s pessimism with my optimism, much as I distinguished my right-of-center political views from his center-left ones. Increasingly, though, the ideological gap between us has shrunk, and moreover, I’ve come to think Alex’s grim tidings have a point.

For instance, in a February 2016 Research column, Bayer warned presciently about the massive volume of shady foreign money coursing through American real estate, its potential to bring corruption and its relevance to the career of candidate Donald Trump. Noting Vladimir Putin’s role in enabling organized crime, Bayer wrote: “While the United States is fighting the old war against funding for Islamic terrorists, its laissez-faire attitude to foreign investment in its own country contributes to this problem. A new major threat is quietly emerging under its nose.”

In May 2016, in the Kyiv Post, a Ukrainian publication to which he contributes regularly, Bayer evoked how Trump’s candidacy, soon to clinch the Republican nomination, “provides a lesson in hubris to all those Americans who have claimed for the past 70 years that free elections, independent media and other perks of American democracy offer unimpeachable safeguards against demagogues trading on prejudice and spewing hateful rhetoric.” He disputed widely held assumptions Hillary Clinton would win. “There is an aura of inevitability around Trump,” he wrote, launching into discussion of how a prospective President Trump, in concert with Putin, could “crush the relatively benign world order that has prevailed over the past 70 years.”

Some other themes in Bayer’s writing also have held up well over time. Long before “OK boomer” became a catchphrase, he was warning about growing generational rifts in American politics. In a 1997 New York Times op-ed, he advocated giving parents extra votes to represent the interests of their children; this brought negative letters from elderly and childless readers, and from a girl indignant she wouldn’t cast a vote herself. Bayer has long worried about automation’s capacity to eliminate jobs, a concern long dismissed as Luddism but now taken seriously, and he’s warned that such structural changes in the economy can bring political instability.

In 2018, I wrote favorably at Splice Today about another Russian-born American, Max Boot, whose anti-Trump views and departure from the GOP roughly mirrored my own political evolution. Bayer soon weighed in with a negative take at the Kyiv Post, arguing neocons like Boot had “done as much as anyone to bring about Donald J. Trump’s presidency.” Bayer wrote: “Max and I were both born in Moscow but drew different conclusions from our Soviet experience. Max, like most Soviet emigres everywhere, veered sharply to the right.”

Recalling a 2003 piece he’d written on Boot, Bayer wrote that he’d “argued that this kind of conservatism—admiration for strong, decisive leaders, love affair with the military, overwrought patriotism and aversion to all manner of protest against authority and rocking the boat—was a peculiarly Russian trait. It was as though those newly baked Americans (and newly baked Israelis and Germans, as well) simply changed the sign on their deeply rooted cultural Stalinism without altering its substance.”

A few years after that piece came out, Bayer was doing some fundraising for HIAS, originally the Hebrew Immigrant Aid Society, which had provided assistance to Russian emigre families like his and Boot’s (and earlier, families like mine that fled the Nazis). In this capacity, Bayer sent a note to Boot soliciting funds, and got a caustic reply: “If you want people to help you, you shouldn’t call them Stalinists first.” Equally irritated, Bayer replied to Boot that the issue between them had nothing to do with the philanthropic organization that had helped them both. For me, hearing about this exchange was a source of mirth.

However, thinking more about Bayer and Boot, I realize one difference is that Boot, as I recall him writing, never made a return visit to Russia and no longer speaks Russian (he was over a decade younger than Bayer upon departure). For Boot, as for me, Trump’s rise to the presidency was an appalling surprise. For Bayer, who’s been back to Russia many times, the Trump phenomenon, though repugnant, was far less of a surprise, as he had a closer perspective of how Russia’s corruption and authoritarianism could spread beyond its borders.

Interestingly, though, in a recent piece, “A Tale of Two Putins,” Bayer suggested the Russian dictator looks less formidable up-close than his image abroad. He wrote: “The Western Putin is a wily ex-KGB agent who successfully meddled in the U.S. presidential election in 2016 and is preparing to do so again in 2020. He spreads conspiracy theories which are then parroted by the leaders of the Republican Party and gets Donald Trump to do his bidding.” But: “Then there is a completely different Putin the way he appears to his countrymen. It is a short bald man in his late 60s, bloated with Botox and hopelessly out of touch with the modern world. He cracks dumb off-color jokes and when he is serious he makes harebrained suggestions such as his recent idea to replace Wikipedia with an online version of the Russian Encyclopedia.”

Putin might be starting to lose his grip on power, according to Bayer, who wrote, “[I]nside Russia, in its opaque, Byzantine political establishment, some strange recent developments point to possible changes. It may be yet another false dawn, and changes may not necessarily be for the better, but triumphs abroad, either real or imagined, may be cut short by unexpected developments at home.”

That’s about as optimistic as Bayer gets, so I’m inclined to think he’s onto something again.