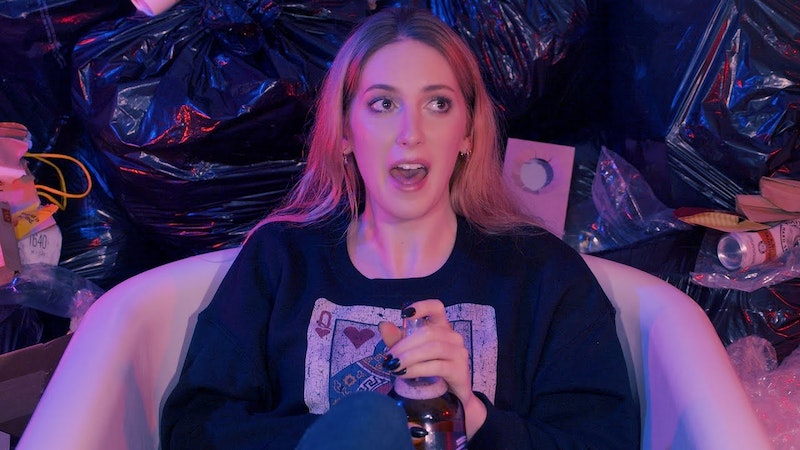 Shortly after the controversy over her tweets about pronouns died down, YouTuber Natalie Wynn—a.k.a. ContraPoints—faced another huge backlash. This time it was over a brief audio cameo from trans activist Buck Angel in her video “Opulence.” Angel has a history of saying things that suggest he doesn’t view non-binary people as “real” transgender people, so several Twitter users assumed tha having him make a cameo in one of her videos—along with some of her previous tweets—Wynn once again proved she hates non-binary people, even though she’s made several videos voicing support for non-binary people.

Wynn returned to YouTube last week to respond to the controversies with an hour-and-40-minute video called “Canceling.” She discusses the concept of “cancel culture.” However, according to Wynn, cancel culture goes far beyond merely criticizing someone’s ideas and actions; it’s when a person faces Twitter dogpiles, demonization, and ostracization over the slightest mistake. It’s a modern-day version of what feminist author Jo Freeman called “trashing” in 1976. “It is occasionally disguised by the rhetoric of honest conflict,” Freeman wrote, “or covered up by denying that any disapproval exists at all. But it is not done to expose disagreements or resolve differences. It is done to disparage and destroy.”

Wynn’s video got me thinking about society’s binary way of thinking about people. We’re all fucked-up humans trying to live with each other in peace, and we often fail. This is especially true within social justice activist circles. We want to end systematic oppression and stand in solidarity with each other but holding each other accountable often leads to social media dogpiles, demonization, and shunning.

Cancel culture is just call-out culture with extra steps. Call-outs aren’t always bad, though; “A version of call-out culture has been functioning for centuries as a tool for the marginalized and their allies to reveal injustice and the need for reform,” writes Adrienne Matei of The Guardian. “The practice of directly addressing inequality underpins countless social justice movements, from civil rights to Standing Rock.”

However, social media has blurred the line between speaking out and trolling. What often starts as “You did a bad thing” quickly turns into “You’re a bad person.” The trickiest part is that often underneath all the vitriol and anger lie layers of trauma and pain. For example, we non-binary people feel like we’re not “trans enough” to be fully accepted within the trans community. It’s bad enough when cis trolls constantly tell us we’re “snowflakes” on social media, but it’s worse when the very trans people we turn to for comfort turn us away, too. That’s why there was such a visceral reaction against Wynn: a lot of non-binary people felt betrayed by her poorly-worded tweets and collaboration with Angel. She could’ve done it better, but so could’ve the people lashing out at her.

Progressives have taken notice of toxic call-out culture for years. Maisha Z. Johnson wrote a great article in 2016 about how to know if one’s call-out isn’t about accountability. “We can give ourselves and each other room to make mistakes,” she wrote. “We can recognize that making a mistake doesn’t mean you have to crawl into a hole and never show your face among conscious people ever again.”

There was a brief period in the mid-2010s where many social justice activists started talking about “call-in culture” as a possible alternative to toxic call-out culture. First proposed by Ngoc Loan Tran in 2013, calling-in is talking to someone privately about how they fucked up instead of broadcasting it out for hundreds on social media to see. It’s not always the best way—some people refuse to consider the possibility that they were wrong, and it’s not the appropriate response to abusive assholes—but it can be a healthier way for activists to help each other stop perpetuating systematic oppression.

There’s debate about whether cancel culture actually exists. Ricky Gervais and Dave Chappelle have faced massive backlashes for their transphobic jokes, but that hasn’t killed their careers. Writers Katie Herzog and Jesse Singal have also been widely condemned for promoting transphobic ideas, and they’ve both found fame within the Intellectual Dark Web after being “canceled.” For some, being canceled is the beginning of a new career, not the end. Some say even Wynn hasn’t really been canceled because she’s still making videos that thousands of people watch.

Either way, Natalie Wynn’s a complex human being just like everyone else. She’s not exempt from criticism, but the response to her errors could’ve been handled better. As far as if there is a better way to hold each other accountable, I don’t know. I now monitor my own social media usage, which includes no longer hate-tweeting people I don’t like (except for the occasional jab at President Trump). I hope we can all do a better job of talking to each other about how to end bigotry and other oppression.