How I nearly became a "non-person." 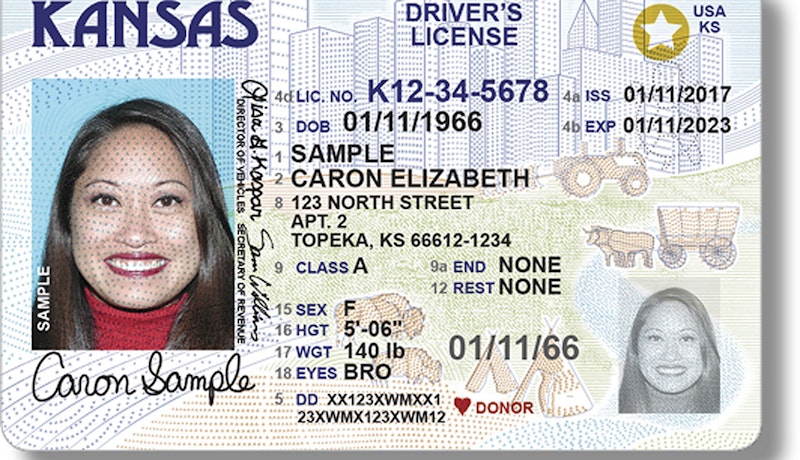 In late-2020, people will need a more "secure" ID—a so-called "REAL ID"—to get on a plane. The powers-that-be have decided that a driver's license or state ID isn't enough to allow the privilege of flying in America.

Flying isn't really a privilege, but the government's trying to make us believe it is. This is authoritarianism, under which curtailments of basic rights are carried out with the "best of intentions." Who would argue against the new ID requirement? Remember, all the added inconvenience entailed in order to get your REAL ID is for your own good because the current system just isn't working!

In the post-WWII era, "Your papers, please," became the most recognizable expression associated with the evils of the police state. But now that Americans have been scared into becoming more compliant, the phrase feels less chilling. We already submit to having our bodies and bags X-rayed in order to fly. Why should we push back against upgrading our "papers" when it's all for the common good?

I recently learned, in this age of high security, you need to be careful about your papers after my driver's license had expired and I applied for a new one. This had happened once before, but I was able to use my expired passport and birth certificate to establish my identity. This time, however, the Virginia DMV wouldn't accept my passport because the new rules require a current passport. I tried to explain to the woman at the counter that the document, while it could no longer be used to travel abroad, was still valid evidence of my identity, but I got the familiar dead-eyed, bureaucratic response to such logic.

I’d need a social security card and birth certificate in order to get a state-issued ID. The problem was that I couldn't find my birth certificate, so I called an official in the upstate New York town where I was born and asked about having one sent to me. And then came the second roadblock—since both my driver's license and passport were expired, I didn't have the necessary documentation to get my own birth certificate. I was caught in a circular loop. Only one of my parents could obtain it.

My dad got my birth certificate, but imagine yourself in this position if neither of your parents were still alive. I'd have become a "non-person" in the eyes of the government, even though I've lived my entire life in this country. Certainly there are people who aren't as lucky as I was—people who’ve done nothing wrong, but whose lives will be made miserable because they don't have those "papers." These people, in the eyes of the government, are just collateral damage in the war they're fighting to keep us safe from illegal immigrants, illegal voters, and all the other hobgoblins they assure us they're fighting to protect us from.

In October of 2020, when the REAL ID law goes into effect, many Americans are going to start experiencing ID problems. Most don't know about the new rule, so they'll either get to the airport and be told that they're not going to visit their grandchildren, or they'll catch on late and have to scramble for their new papers. We're assured we need a new ID so people with phony documents can't obtain one, but the inevitable result will be that many will discover, as I did, that they have a problem with their documents that's going to cause them serious stress, or much worse.

Does anyone believe that the REAL ID is another case of the government making us safer after the CIA knowingly let some of the 9/11 perpetrators into the U.S., and the FBI knew suspicious people were learning to fly without any landing instruction? Do we have a commercial flight terrorism problem that needs to be addressed? The payoff for millions of Americans having to get upgraded papers will be that a handful of people who have phony IDs won't be able to fly any more. A quick cost-benefit analysis reveals the absurdity of this plan.

A police state is when the government exercises its power arbitrarily through its law enforcement apparatus. As the government already has sufficient measures in place to minimize the threat of in-the-air terrorism, the REAL ID requirement for flying is just another police-state tactic at a time when our cops are reveling in the military and high-tech equipment at their disposal. They require instant compliance with their orders. If they don't get it, they feel they have a right to use brute, often fatal, force. If a cop finds a bunch of cash in your car, he can legally confiscate it, without charging you with a crime, under civil asset forfeiture laws. SWAT teams (even the Department of Education has one) conduct overly-aggressive home invasions on marijuana offenders.

Americans are getting slowly lulled into allowing their government to take away their rights with the false promise of security. When you've faced the prospect of becoming a legal non-entity—an exile in your own country—it makes you think harder about the direction we're heading in. What's the point of rebelling against tyranny when, in time, you're just going to succumb to it?