Fighting (and Killing) Ourselves

The American military is deployed against American interests all over the world. 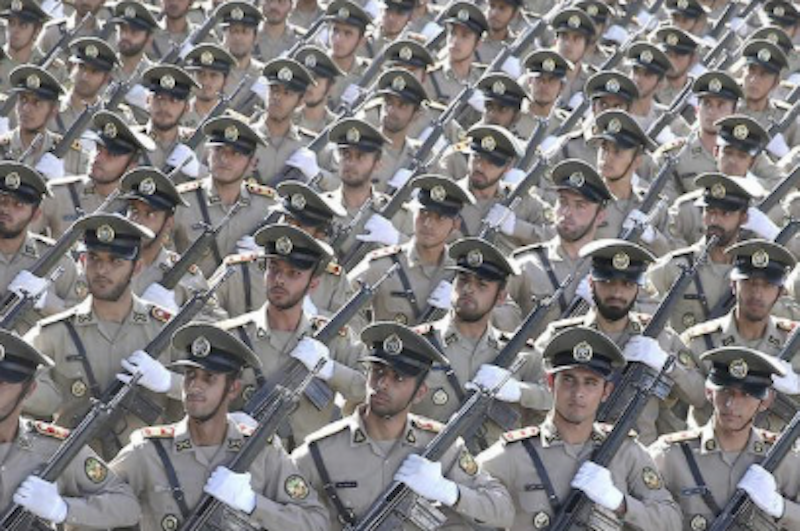 The late Qassim Suleimani ran not only the Iranian Revolutionary Guard's “Quds Force,” focusing on "unconventional" warfare, but Iranian-sponsored militias in Iraq that are parts of—or indeed, which control—the Iraqi armed forces. That is, the Iranian and Iraqi militaries are directly integrated. It seems that Suleimani was to a significant degree ruling Iraq personally on Iran's behalf. At the same time, the present Iraqi government was installed by the US armed forces under occupation. The largest American embassy in the world is in Baghdad, and we regard Iraq as a “client” state.

Iranian control of Iraq is a situation that the US military created—intentionally and systematically. The US has been allied with Iran militarily in Iraq since the 2003 invasion. We effectively turned Iraq over to Iran as a matter of policy, even as we vilified Iran continuously on behalf of Israel and Saudi Arabia. Last week we tried to drone-strike ourselves out of it. If we're starting another war, or another go-round in the same old war, it’s sensible to expect unbelievable incompetence, lies, death, and defeat as the result. I draw this conclusion from a vast accumulation of similar moments.

The American invasion of Iraq and subsequent disintegration into civil war, certainly demonstrated—if you needed another demonstration after Vietnam—that the US military and US presidency work reliably and industriously against any conceivable national interest and their own professed values. The “matchless” destructive power of America is matched by its matchless capacity for strategic contradiction. Think about this next time they're trying to sell you a war, which could be today. These people look plausible in their suits and uniforms, and sound plausible in their implacable tough talk. But every bullet they fire ricochets.

In Iraq, the invasion and subsequent civil war killed hundreds of thousands of people. It fueled the rise of ISIS. And it effectively turned Iraq over to Iran, or helped Iran become a dominant regional power. Meanwhile the US portrayed Iran as a terrorist government and a strategic opponent. Even as it did so, the Americans were allied with Iran militarily and politically, while also being allied with Iran's regional opponent Saudi Arabia—helping them bomb and starve as many Yemenis as possible, for example. This is why, as we deal with the blowback of the Suleimani assassination, I wouldn’t listen to Susan Rice, or anyone who’s had anything to do with the conduct of American policy in the Middle East over the last 20 years.

When we invaded Afghanistan and Iraq, we were purportedly trying to deal with terrorism and oppression by groups that identified as Sunni Muslims, such as al Qaeda and the Taliban. In overthrowing Saddam Hussein, we overthrew a Sunni dictator who’d been in a shooting or cold conflict with the Shia Islamic Republic of Iran for decades. That is, we removed Iran's biggest strategic challenge. As al Qaeda in Iraq formed and mutated into ISIS, we installed and fortified a Shia government in Iraq that was naturally allied with Iran, in the service of our effort to subdue Iraq's Sunnis. We pretended not to notice that we were cooperating directly with Iran. We were allied with them militarily and politically, even as Iran and the US continued to portray each other as satanic.

ISIS, you may recall, seized much of Iraq and Syria in 2014, as the Iraqi military, which the US had spent a decade equipping and training, fled the field almost without a fight. (We've had no more success with the concept of creating American proxy armies for a puppet—“client”—state in Afghanistan, for example. We failed miserably in Vietnam. We’ve never succeeded with this approach anywhere: just gotten a whole bunch people killed to no effective purpose and at great expense, while creating some of the most corrupt governments the world has ever known.) Afraid to send tens of thousands of American troops back into Iraq and into direct combat, we ceded the field to Iranian militias coordinated by Suleimani, who, unlike anyone associated with the American military, had the guts and expertise to engage successfully in actual combat.

Suleimani's Iranian militias, backed by American air power, finally drove ISIS out of Iraq. They also consolidated Iranian military and political control of that country. We practically insisted for many years that Iran take control of Iraq.

If there's one thing we can rationally conclude from American military history since World War II, it’s that we’re not prepared to fight the war we are trying to provoke. We will not manage even to understand who’s on which side; we will not manage not to create and arm the force that will eventually defeat us. We have the resources and we have the yip-yap. But we don’t have the courage or the expertise. We’ll rigorously repress any realistic picture of what’s going on and we’ll blunder about among our own delusions until, some decades later, it’ll be impossible to deny that we’ve been defeated, again. We will again expend trillions of dollars and thousands of lives in the service of stupidity and cowardice.

So consistently and effectively has the American military worked against American interests all over the world that it seems to constitute an enemy force. We should probably create another military to fight our existing military, or hire militias (maybe from Brazil or the Philippines if Iran’s no longer available) to fight against the American military on our behalf. Lord knows we’re at war against ourselves everywhere already.