And journalism distracts from Epstein. 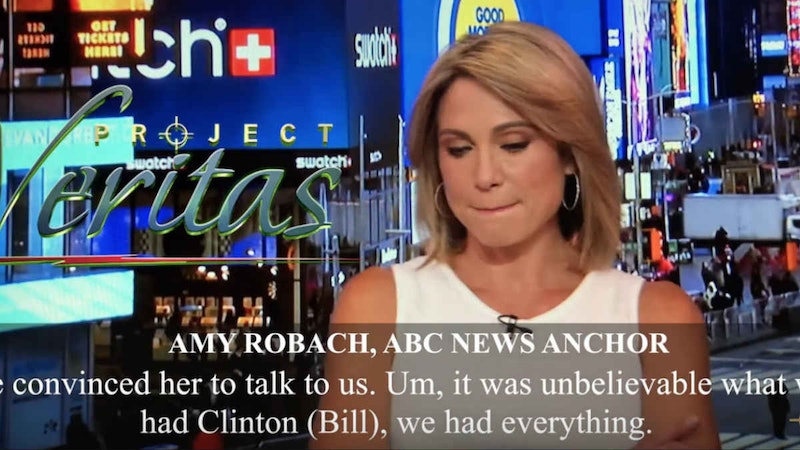 I really don’t try to be a contrarian, but if I tell Americans I blame Biden for mounting tensions in the Middle East, think ABC’s two-hour special on Jeffrey Epstein this week will probably decrease people’s awareness of his crimes, and blame leftist New York politicians such as Gov. Cuomo and Mayor De Blasio for a wave of anti-Semitism, I know the reactions I’ll likely get.

It’s not my fault the truth is upside-down and backwards relative to prevailing narratives—nor the average Joe’s fault for believing mainstream narratives.

Start with the simplest issue: Non-white, non-conservative assailants beat and threatened numerous New York City Jews over the past few weeks, and somehow both Gov. Cuomo and Mayor De Blasio managed to give speeches implying this is a side effect of the right-wing hate emanating from the White House, as if the attackers were sporting MAGA hats. Ridiculous.

Meanwhile, De Blasio condemns Domino’s for charging $30 for pizza on New Year’s Eve, as if he’s so communist, even at this advanced age and with all his experience in the world, that he hasn’t noticed prices rise and fall in response to the level of customer demand. I wonder if he’d condemn Domino’s for causing inexplicably long lines if they gave their pizzas away for free on New Year’s Eve or during the Super Bowl.

By his standards, though, “doing something” about the predations of capitalism looks tougher and more moral than focusing on basic law and order.

Also patting themselves on the back in NYC this month for doing their jobs, at least as they perceive their jobs, will be all the ABC News producers and execs behind their two-hour report the night of January 9 about Jeffrey Epstein (after ABC was embarrassed by revelations it sat on the Epstein story for three years).

As a veteran of ABC’s 20/20 news magazine, I can probably predict what the report will do: dwell for almost all of its two hours on weeping, heartfelt, genuinely moving—but very narrow and shallow—portraits of the past victims of Epstein, interviewed about the damage done to their lives and their inspiring recoveries since.

And that’s all well and good, but just as a portrait of a little dog who helped one special boy cope with his sorrow during chemotherapy is not necessarily the best way to help the audience understand science, a two-hour parade of victims, however sympathetic, will not necessarily answer the immense political and legal questions still lingering about Epstein. Will ABC delve into reports of Epstein appearing to have intelligence-sector ties to as many as four different (more or less allied) nations, or the long history of intel agencies—and perhaps not coincidentally the Mafia—using prolific sexual blackmailers to gather info on bigwigs?

If ABC News really wanted to surprise us, they could start their report by noting that the single most frequent flier on Epstein’s private jet, according to reprints of one of his pilots’ flight logs, is listed as a “director” with the name “Shelley Lewis,” who for all I know is former 20/20 producer Shelley Lewis, for a short time my superior there, who went on to co-found the short-lived leftist radio network Air America, which just happens to bear the name of an infamous intelligence-agency-run network of private jets.

Maybe it’s not even the same Shelley Lewis, though. There are (by design?) several women in media or PR by that name, including that former ABC producer, an L.A. PR exec, a British video-maker turned San Francisco resident, and a vegan Flat Earther who makes YouTube videos. Someone with more patience and less fear of retaliation by elite goons than I have should maybe look into that. I’m betting ABC won’t, anyway. Maybe they’ll surprise me.

At least we’ll always have the bold Ricky Gervais’ Golden Globes taunt at his elite celebrity audience about Epstein and the theory he didn’t really commit suicide. Gervais concluded with the remark, “Shut up. I don’t care. I know he was your friend.” One suspects he does know. (He and Terry Gilliam get the speak-truth-to-the-scandalized awards this month.)

Meanwhile, for all my mockery of Fox News, at least they dispatched Lara Logan to Mexico to demonstrate firsthand that the police in one town there crack down on people who are investigating sex-trafficking instead of on the traffickers themselves. I’m all for exposing the seedy underbelly everywhere. No illusions. The older I get, the more I think maturity means tearing away a veil to behold abject horror beneath. (Thus, I really look forward to this month’s H.P. Lovecraft film adaptation with Nicolas Cage, The Color Out of Space. There’s so much existential horror in the real world, yet so oddly few faithful Lovecraft adaptations.)

For maximum horrific-revelations potential, though, I really would enjoy extremely protracted Trump testimony at Senate impeachment hearings, though that will likely never happen. He should counter each witness complaining about Trump’s phone call inquiries about Biden with detailed descriptions of the Bidens, Kerrys, Pelosis, et al’s immersion in the energy and weapons trades in places like Ukraine.

Indeed, in contrast to the prevailing current narrative that Trump must have killed that Iranian general, Soleimani, because we have an intemperate president willing to risk war to create a distraction from his embarrassing impeachment and thus undermine the Democrats, I suspect that very narrowly targeted attack, wisely or not, was much more like a reluctant sop to the bipartisan pro-war establishment of which Biden is himself a part.

It was less Trump saying, “Forget impeachment, we have external enemies only I can stop!” and more like him saying, “All right, it was largely warmongers and people with defense/energy/intel ties who coordinated my impeachment, so let me show them I can do what they like once in a while and toss some weaponry around. Satisfied, bigshots?”

Not that the left (which can endure eight years of Obama’s drone strikes but thinks Trump just showed he’s out of his mind) or the right (some elements of which, whether neocon or New Right, love anything smacking of Bronze Age brutality) will see it in this roundabout way. They’ll still argue as if the situation is always and forever an overeager cop punching a defenseless hippie, or else a cowboy slaying a dragon, or something comparably simple, while politicians on both right and left breathe a bit easier because the current confusion and tension makes it harder to finger them as the real ongoing problem.

Meanwhile, Vice President Pence, who stands to gain most if Trump and the Biden gang destroy each other, sends out a tweet storm not merely likening the recent attack on the U.S. embassy in Iraq to the Benghazi, Libya attack of 2012 but blaming the dead Iranian general for the Benghazi attack, though I’ll bet you could’ve sworn it was blamed on a Sunni group at the time—and, yes, Pence blames the general for the 9/11 attacks to boot, or at least for aiding “10 of 12” core 9/11 plotters, since we don’t want to get carried away ascribing blame here.

I don’t pretend to know Soleimani wasn’t involved in all those crimes—he did sound horrible—but one suspects that 9/11 and various other crimes will also be blamed on whoever becomes the next enemy. If truth is kept malleable enough, there’s always plenty of blame to go around, and an endless array of convenient diversions, no matter which faction you’re in.