The Dimensions of Chess

Why is everyone trying to change them? 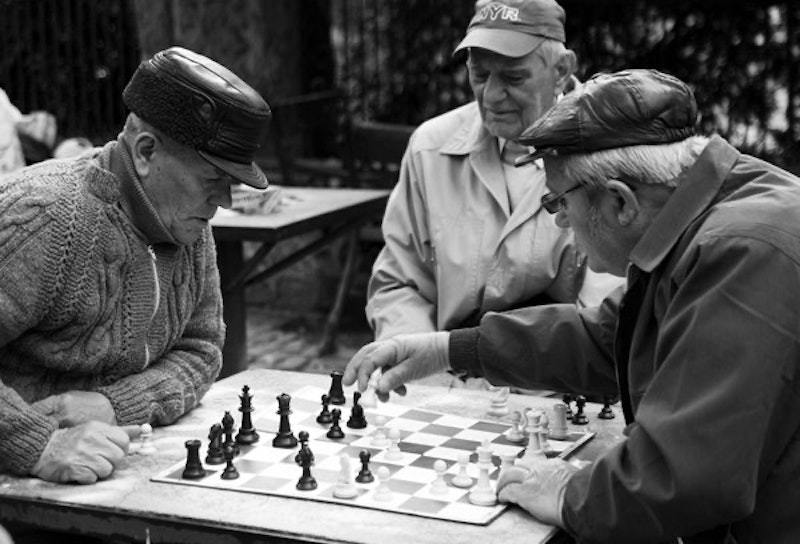 Why is everyone trying to manipulate the dimensions of chess? It hasn’t changed. It’s a three-dimensional game. No one is playing sixth or eighth or 12th or 50th-dimensional chess. It’s not possible. Nothing about the physics of chess has changed. You can play it on a table, in a park, or online. It’s still the same game; the rules haven’t changed. There’s no juicing in chess. It’s a great way to pass the time, use your brain, and make new friends. Where would the elderly be without chess? Very bored, and also dead. Why would you rattle their reality by saying that this one or that one is playing “fifth-dimensional chess”? Or mine for that matter? It gets confusing.

Let me set the record straight here: chess is a three-dimensional game played on a square board, an eight-by-eight grid with 64 squares. You know the pieces; I don’t have to go through them. You remember that the king and queen are actually very vulnerable and limited in their abilities. Pawns get merked because they’re on the frontline. There’s some diagonal shit, like crossing over in weird positions… you know what I’m talking about. The rules haven’t changed. Chess is still the same. No one in the commentariat or any television pundit or op-ed columnist can change the rules or my mind.

Barack Obama is coming back to rebuild the Democratic Party in the fall—all of a sudden “he’s playing that Star Trek chess where there’s three levels and he’s seeing things I can’t see and he can see the Matrix,” according to W. Kamau Bell. For months after he was inaugurated, every stupid thing Donald Trump or Steve Bannon did was given too much credit and too many dimensions of chess. Stop it. It’s enough already. Grover Norquist, noted vape enthusiast and right-wing influencer that inexplicably dropped off the face of the earth this past election cycle, recently referred to getting a tax cut for small business in Texas as “three-dimensional chess.” Okay, that’s fair. That’s a reasonable assessment. That’s… that’s plausible.

I used to play chess when I was in elementary school at Browning in New York. Only for a couple of years in the late-1990s when I was in kindergarten and first grade, but we’d meet every day after school in the basement cafeteria and play chess on rollout felt boards. It was fun. I remember almost nothing about the game. I know it’s good to have more pieces than your opponent. We were kids, not geniuses, so there was never a timer, a checkmate, or even a check. But we did play complete games. It was fun, and it was a long time ago. I don’t even think I could name all the pieces with a gun to my head. But I remember this for sure: CHESS IS A THREE-DIMENSIONAL GAME. STOP FUCKING WITH THE METAPHYSICS OF CHESS!