In Defense of the Center 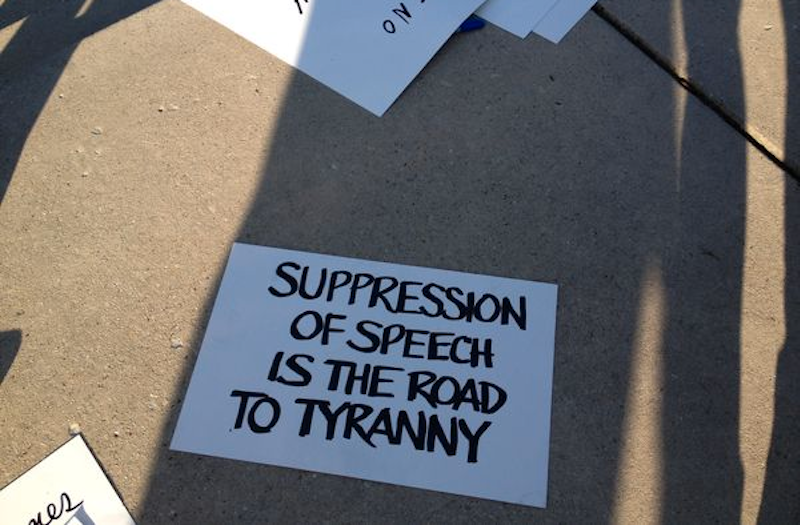 Guardian writer Emma Brockes recently published an article that encapsulated the current political climate in the West: “Neutrality is dead. You’re either with Trump or against him.” She continued: “To be disinterested now is basically to be on the right.”

President Trump’s continued attacks on the mainstream media (a calculated attempt to dissuade the public from accepting criticism of his policies), has led directly to MSM sanitizing Antifa, the far-left, anti-Trump thugs committed to shutting down freedom of expression. Not only is the resistance to Trump vast, it’s also virulently opposed to any discussion. Trump’s refusal to simply blame the white supremacists in Charlottesville and to denounce the “alt-left” as well, after months of increasing chaos within his administration, could well be an incursion in American politics.

Violent Antifa campus protests against conservative speakers such as Ben Shapiro and Ann Coulter have seen their strong but reasonable conservatism treated like Nazi manifestos. Others prominent on the right, like provocateur Milo Yiannopoulos and anti-Islam activist Tommy Robinson, are widely denounced by liberals, who believe them to be Nazis and deserving of a punch in the face, or worse.

Free speech is now equated with hate speech and racism. Censorship or de-platforming does not remove the idea, and it’s always important to let people announce their intentions. You know better where you stand with them, and they can be argued out of existence. That the Nazi website Stormfront was recently banished to the dark web may seem a victory for liberals, it also indicates a worrying abandonment of free speech rights. The socialist Guardian writer Owen Jones recently wrote a hysterical left-wing attack on “centrists,” initially calling them the “true extremists” (before amending the title to “true ideologues”). Political protest and opposition to governments are important functions of democracy, but the deplorables, as Hilary Clinton called Trump voters, (and who are often equated with those who voted Leave in the UK), don’t all fit into the white supremacist bracket. The hard left wants equality of outcome, not equality of opportunity. Dazed by utopian visions of a socialist future, they’ve embraced tyranny. As Noam Chomsky commented: “Antifa is a major gift to the right.”

In a critique of the postmodern left, Helen Pluckrose wrote:

The desire to "smash" the status quo, challenge widely held values and institutions and champion the marginalized is absolutely liberal in ethos. Opposing it is resolutely conservative. This is the historical reality, but we are at a unique point in history where the status quo is fairly consistently liberal, with a liberalism that upholds the values of freedom, equal rights and opportunities for everyone regardless of gender, race and sexuality. The result is confusion in which life-long liberals wishing to conserve this kind of liberal status quo find themselves considered conservative and those wishing to avoid conservatism at all costs find themselves defending irrationalism and illiberalism.

The centrist position as defined by Wikipedia is “acceptance or support of a balance of a degree of social equality and a degree of social hierarchy; while opposing political changes which would result in a significant shift of society either strongly to the left or the right.”

Taking a central position in today’s political climate is difficult. The political elite views those who refuse to take an extreme position as patronisingly ineffective. The Corbynite Owen Jones wrote: “Centrism implies non-ideological moderation, and given ‘left’ and ‘right’ are meaningless abstractions for most people, it is a seductive label. But centrists aren’t pragmatists, they’re ideologues, extolling a blend of market liberalism, social liberalism and—more often than not—a hawkish military posture. Claims of moderation in a British context do not readily sit with helping to unleash the murderous, never-ending bloody chaos in Iraq and Libya, it should be said. But it is the economic order centrists defend that produced the insecurity and stagnation which, in turn, laid the foundations for both the ascendancy of the left and its antithesis, the xenophobic right.”

But the left/right political binary is becoming increasingly obsolete, as Splice Today writer Chris Beck recently noted. “Being on the Left or Right is now about whose side you’re on, not the central beliefs that define your worldview… As the Left and Right have abandoned their guiding principles in favor of emotions, they’re both heading towards disaster.”

That the far right is morally wrong should be taken for granted, its final aim of an ethno-nationalist West should be widely condemned. But if the only other option is the anti-democratic, censorious left, opposed to free expression and committed to defending identity politics with violence, where does that leave the vast majority of people? In an age where it is getting harder and harder to tell who the real fascists are, it may be reasonable to defend the center as the last bastion of sanity.

—Andrew Moody is the author of SMOKING IS COOL.