Alienating blue-collar whites is a sure way to keep losing. 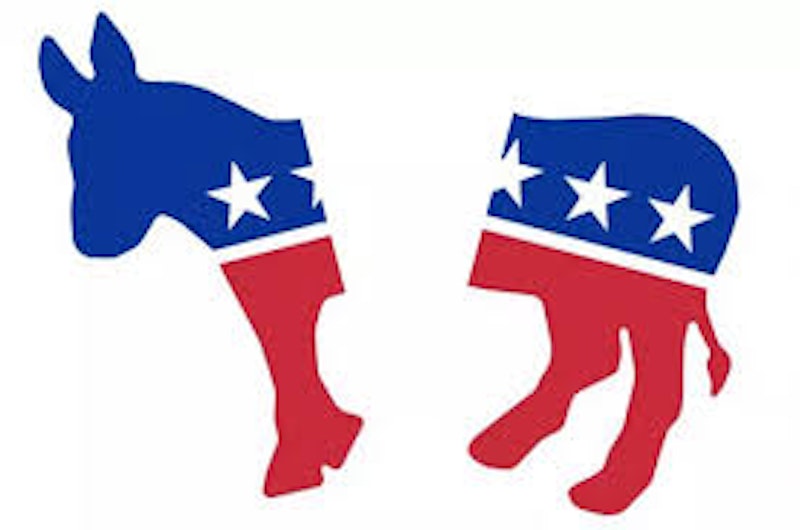 One of the laws of gravity in American politics is that the opposition party gains ground in the midterm elections, so the Democrats should be a lock to win control of at least the House of Representatives in November, requiring a net gain of 23 seats. Then again, it's hard to say what rules still apply after Trump’s win. Maybe the slate’s been wiped clean and we're starting from scratch again.

While there are plenty of signs that the Democrats can fulfill historical expectations four months from now, a recent Reuters/Ipsos poll feeds that persistent voice that they're capable of laying another egg. Millennials have drifted away from the Party over the past two years. More and more 18-34-year-olds are remaining undecided, open to a third-party candidate, or not planning to vote.

This trend is particularly pronounced among white Millennials, in particular men, which the Democrats should find troubling because in 2016 white Millennials cast two out of three votes in that category. In a party where it's not fashionable to say anything positive about white people, and disparaging them meets little resistance, this isn’t exactly an epiphany. Older white Democratic party voters have either come to accept their lowered status or they actively participate in their own stereotyping out of a need to virtue signal or expiate guilt, but it appears that the younger ones are getting turned off by the Democrats’ race obsession. Voters past a certain age rarely switch to another party, but the younger ones need to be lured in.

Perhaps Millennials see that The New York Times runs an essay headlined “Can My Children Be Friends With White People” and feel uneasy about involving children in a way that can only lead to further racial division. Or they read another Times op-ed—”Should I Give Up On White People”—and get the impression that on one side of the political fence it’s acceptable to racially stereotype people, as if they all think alike. A Millennial might see theWashington Post piece, “Why Can't We Hate Men,” and wonder why he'd want to be on that side. The conservative media doesn't run pieces that make hating half the population sound like a legitimate topic to debate.

Democrats aim their initiatives, and their disdain, towards discrete groups—the various “communities” they cater too. On the other hand, the Republicans have found a way, with tax cuts, to cut across all demographic barriers and put some extra money in a lot of pockets. It may not be a lot, but people notice. An inexperienced voter who could go either way might easily be swayed by this approach. Maybe the Democrats should give it a try, but they're too enamored with their failed identity politics.

The Democrats’ infatuation with the term “whitelash” to explain why their anointed candidate failed so miserably against a reality TV star is a window into their feelings for a group that represents over 60 percent of the population. They think little of actively alienating potential white voters, which isn’t a politically sound approach under any conditions. Then, when they don't win their votes, it has to be because those people are just trash. It's a self-defeating way to think, but it's less painful than admitting failure.

The trendy theory of intersectionality the Democrats have embraced, which is an academic concept based more on allowing certain groups to redress grievances than it is about winning elections, is a major part of the party’s inability to appeal across racial and gender divides. Within the rigid caste system of intersectionality, the way to get the loudest voice is to belong to as many marginalized groups as possible. White people, who produce the actual votes the marginalized cannot, are expected to sit in the back and listen. The results at the polls have been predictable, although that hasn't sunk in yet.

Much of the rhetoric in Democratic circles and liberal media indicates a desire to give up on white working-class voters. Some are convinced that registering new voters is the only alternative. When you've given up on an entire huge voting bloc, you feel free to trash them, which just alienates them even more.

The reality is that Democrats can't afford to let the blue-collar white vote go. White non-college voters outnumber white college voters in nearly every state, especially in the Rust Belt. It's reached the point where even making overtures towards these potential voters is considered unseemly.

The Democrats lost in 2016 because they couldn't motivate their base, which is normally what's to blame when they lose. Hillary Clinton would’ve won in 2016 had she only been able to do no worse among white blue-collar workers than Obama had in 2012—he lost them by 25 points. Instead, she ignored them and did six points worse, which was all it took. If Millennials keep drifting away from the Democrats, the party will have one more problem to contend with in 2020, and it will be of their own making.