For Whom the Park Parks 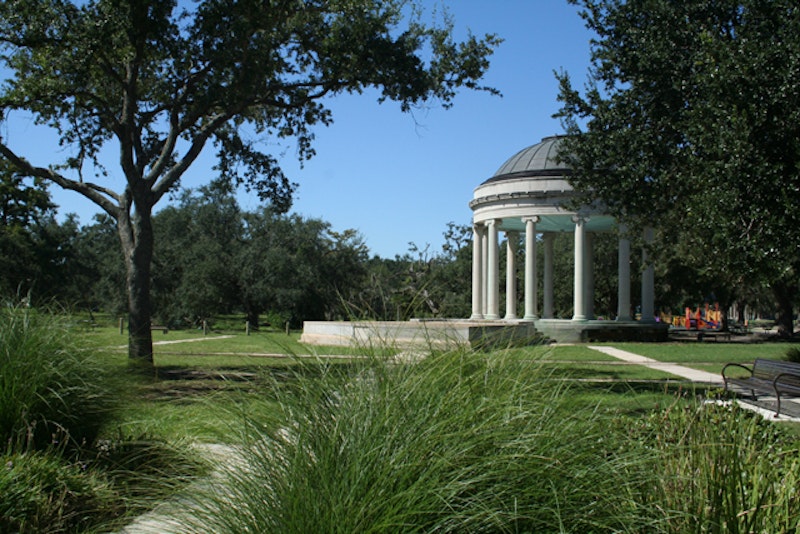 Mark Twain is often attributed with saying that golf is nothing more than a good walk, ruined. I’ve come to think of golf as really just a nice park, wasted. Just eight miles from my house, in the middle of New Orleans’ City Park, is a 300-acre golf course, that costs somewhere between $60 and $90 to visit. As far as golf courses go, from what I’ve found, this one is both modest and affordable. Still, it represents about a quarter of the public land in the park, given over to a use that the vast majority of New Orleanians couldn’t afford to participate in, even if they wanted to.

In 2015, when the course began construction, there were protests. During the decade since Hurricane Katrina flooded the park along with the rest of the city, the land where the new course now stands had been given over to nature, a wild refuge in the middle of the recovering city, and groups like City Park For Everyone fought to keep it that way. Despite marches, lawsuits, and a 12-day occupation of a tree slated for destruction, the construction continued, and just finished last year.

I can’t think of a better example of a disproportionate amount of resources given to those who need them least, than a city like New Orleans, with significant crime, poverty, and homelessness, spending $26 million to install a golf course on hundreds of acres of public land in the middle of the city. It’s indicative of how the wealthy among us don’t even have to try to use their influence to get the things they want—like world-class golf courses at arm’s reach—because the money they have, we want. According to City Park’s official website, the golf course generates revenue for the park, money that won’t, presumably, just go back to supporting the course itself. And while I can only imagine the challenge of funding a park that’s for the most part free to access without depending too much on taxpayers (City Park only gets 15 percent of its budget from the state), giving up so much space to benefit so few is hard to swallow.

Still, my local park and its golf course do represent a positive trend away from such wasteful practices, however much financial sense it might make. It’s true the park did ignore public protests and went ahead with the construction, killing trees and damaging wetlands, taking away one of the only truly wild places many people in New Orleans had access to. But they didn’t, at least, do as much as previous city leaders had already done. Before Katrina, City Park had 200 more acres of golf course than it does now, including areas that are now free and open to everyone, used for festivals, biking, jogging, kayaking, and playing sports that don’t measure their fields in hundreds of acres or their memberships in the thousands of dollars. I hope this trend towards openness and inclusivity over fees and exclusivity will continue, and for now I’ll have to be satisfied that a smaller fraction of my city’s park is reserved for those ruined walks.