The Venezuela I Once Knew

Let us not rendezvous with stupidity. 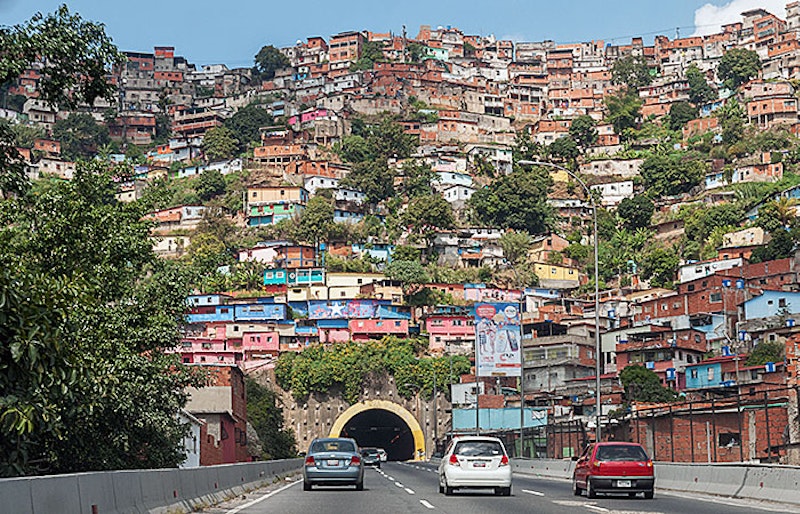 Venezuela in the 1980s was not much of a tourist destination, though its troubles would get far worse. I was there three times, accompanying my father on business trips for the New York-based import-export firm where he traded what in Venezuela were frijoles; in Puerto Rico, habichuelas; back home, beans.

Recent news that “Trump pressed aides about invading Venezuela” suggests a serious deficiency in the president’s judgment. For me, it also stirs memories.

There were shantytowns on the mountainsides and hillsides surrounding Caracas. This was long before socialism wrecked the Venezuelan economy, and yet it was still not a flush time in Venezuela. The 1980s oil glut weakened the export revenues on which the country depended. There was endemic corruption. The sea of shacks was visible even from in front of the presidential palace.

The businessmen my father visited weren’t happy with the two political parties running the country. They said they wanted something tercera, a third force or way. I’m pretty sure these people were not pleased with the rise of Hugo Chávez late in the following decade, but he did gain traction in part by promising something tercera against a stagnant duopoly.

My father had traveled all over Latin America. He wore guayaberas and spoke fluent Spanish, learned during his teen years in the Dominican Republic, where he, his parents and his younger brother lived as refugees from Nazi-ruled Austria during World War II. To the casual observer, he likely would’ve come across as a foreign-born Latin American of some kind, not a gringo.

My Spanish was never very good, but with effort and forbearance it could get me through a conversation.

For the most part, my times in Venezuela were not great. My father, who had a heart condition, fell ill on one trip and was transported to a cardiology clinic near the hotel. Fortunately, he recovered, but it was a scary situation. Another time, I flew alone from Venezuela to Puerto Rico. I was wearing a sports jacket, inappropriate for the heat, and perhaps looked like a young drug smuggler trying to impersonate a businessman. I spent a long time with Customs that day.

It wasn’t all bad. I met Paula. She was the niece of one of my father’s business associates. In the early 1980s, she and I were both still in our teens, and I—innocently, I swear—brought her up to the hotel room before we said goodnight. My father was displeased by this misjudgment on my part, telling me later that I might have damaged her reputation with this ascension.

I met Paula again in the late 1980s. By this time, I was in college and she was a law student. She gave me her address over the phone and it was somewhere on the outskirts of Caracas. I asked the guy at the hotel desk if he knew where this was, and he replied, in English words I’ll always remember: “It is very far away and in a very dangerous place.”

Things worked out fine. I don’t remember the logistics, but they presumably involved my using a taxi to get there; maybe the same taxi to bring us to a restaurant; maybe another taxi to drop her off and get me back to the hotel. I’d learned my lesson about appearances.

A couple of years later, in New York, I got a letter from a young woman I’d never heard of, who told me she was a friend of Paula’s and was in Texas, without permission to be, or at least stay, in the U.S. This was followed by a phone call from Paula, in the anguished but mistaken belief that the friend had asked me for money. All I’d given her was advice that staying illegally was a bad idea. I have doubts as to the value of this advice.

What became of Paula or her friend, I don’t know. Certainly, the near-term future of Venezuela was darker than either of them would’ve expected.

Some of my father’s richer associates likely left the country and went to their U.S. residences in Boca Raton and elsewhere. I remember one of them, the wealthiest, had an apartment in Trump Tower in New York. I saw his place in the 1980s, the one time I was ever inside a Trump Tower apartment, and it wasn’t all that impressive given the price tag.

Even the people around Trump seem to recognize that invading Venezuela is a crazy idea. Not because the government there is anything but terrible but because it poses no threat to us, whereas invading would open a host of problems. For my part, I note that the shantytowns around Caracas, which no doubt are even thicker and more extensive now than they were in the 1980s, are the sort of places where a resistance force could wreak havoc on a superior invading army for a long period of time.

I spent some time in the city of Barquisimeto, which according to press reports, is now beset with crime, similar to Caracas. One can assume it too, and probably other Venezuelan cities, would be hard to pacify. And then there is Venezuela’s rugged interior, which includes mountains, jungle and desert. There’s no reason to invade a country such as this.

—Kenneth Silber is author of In DeWitt’s Footsteps: Seeing History on the Erie Canal and is on Twitter at @kennethsilber.