I’m in love with queering blackness. 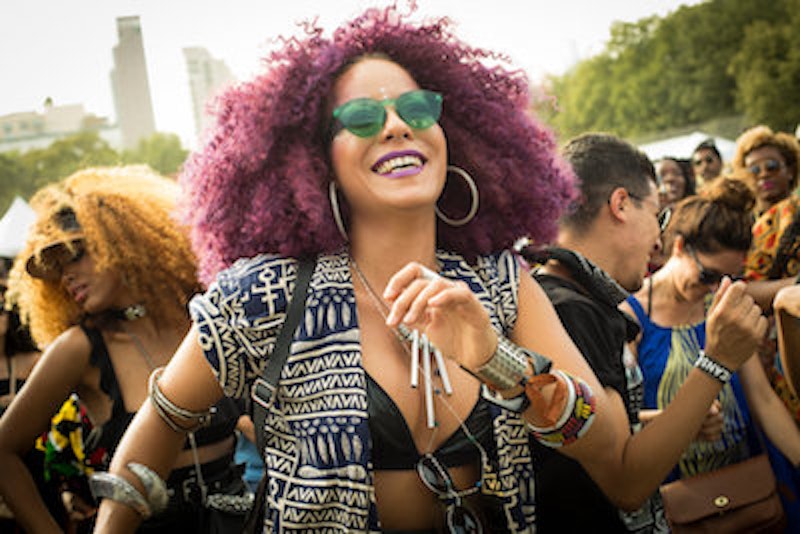 Undoubtedly, you’ve heard terms such as “living my best life,” #BlackExcellence, and #BlackBoyJoy widely used to express the depth of black livelihood and vitality.

These aren’t just social media phrases. They’re active moments of resistance often captured by digital storytelling (media-making, visual arts) to archive a collective counter-narrative to the hegemonic white supremacist media that for too long has portrayed black people as universally in distress. Hater-a-tion. Some of us, many of us, are #livingourbestlife.

As the political climate in 2018 sinks lower, we (black people) have gone high-af. I love seeing black people’s recent rejection of assimilation and respectability politics, because most of us already know that crap does us no good. Living a life of code-switching in order to pass in #wypipo spaces is an outdated approach that, even if still in use, should never be where we find rest.

These visuals of authentic blackness help to unearth the real diversity that can get lost or silenced in the monolithic narratives of “diversity and inclusion” initiatives—which often think it’s just about putting people in spaces they’ve historically been excluded from and seeing what happens. Sometimes this places black or queer people at the bottom level while the top continues to uphold white leadership. Real diversity in the workplace or classroom cannot happen this way. It takes people like ABC President Channing Dungey kicking Roseanne’s racist ass off TV without skipping a beat (no consulting with whiteness first!) to bring about real change. (#BlackGirlMagic.)

Seeing pluralized diversity in black men, like the recent Afropunk shoot, makes my heart tingle. It’s #BlackBoyJoy in the mainstream. These tangible concepts help validate the limitless portrayal of blackness/PoC diversity in our world that doesn’t seek to appeal to either patriarchal or racial confinement. As an effeminate gay black (Jamaican) male, I too have been bamboozled into thinking I could “be me” in spaces that are supposed to be for all of us to thrive outside of the heteronormative racism and patriarchy of the straight world. I learned quickly those spaces are mainly a myth—i.e. No fats, no femmes, no blacks.

Black diversity that makes visible (to both wypipo and blacks) the inherent dope-ness of blackness through a centering of queerness, gender fluidity, and the inherent boss betch status in our community contributes to the creation of a better world. A world where black men can be fluid in sexuality and gender identity without questioning of their humanity or “manhood” and black womxn can be “magic” or “queens” if that’s what their true identity entails. I’m still learning this myself.

The centering of these moments and the bodies that live outside the margins of patriarchal and racial expectations makes us allfree to forge new relationships to less “traditional” facets of our identity. We must be able to express our truth without feeling like we are “less black” or “less masculine” for becoming moreof ourselves. Since those kinds of spaces are hard to find, we must build our own. Here, in Richmond, Virginia, I think of Refuge Barbershop where owner & barber Dot, a black, queer, masc-presenting womxn, created a space that’s a place of refuge for customers with a particular focus on LBTGQ+. It’s one of the first black-owned barbershops I’ve walked into and felt all da gay vibes without fear. With its funky color schemes and expanded services, it’s a space that punctures “traditional” norms of what a black barbershop should. It’s a space of the (black) future.