The Current Economic Recovery Is Not Sufficient 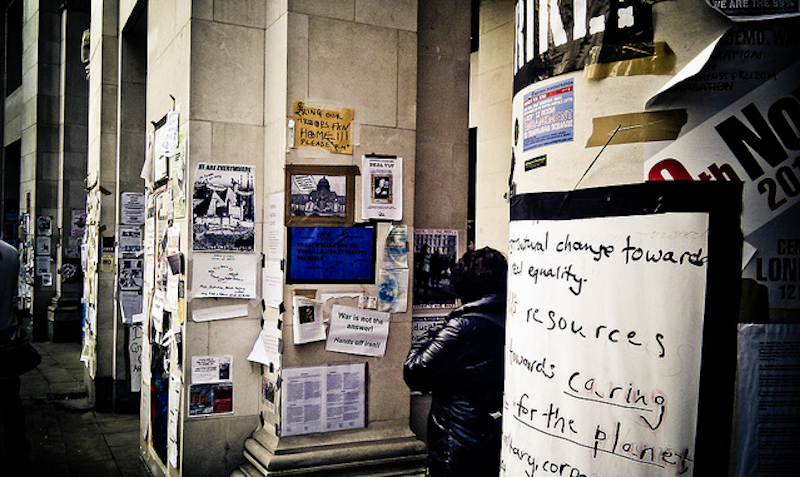 The January jobs report said that the U.S. gained more than 200,000 jobs, and the unemployment rate fell to its lowest level since January 2009. This is good news, obviously, and even the most nay-saying of pundits have taken a moment to cheer what appears to be an impending recovery. Matthew Yglesias, for example, who has often emphasized that Obama administration and the Fed have not been doing enough to kickstart the economy, enthused:

<blockquote>State and local layoffs continue to be a drag on the economy, and it continues to be true that at this pace it will take years to get us back to full employment, but these are the kind of numbers I'm looking for when I talk about an accelerating recovery. This is still a crappy labor market and there are still a dozen way policymakers could screw us in 2012, but if they avoid new disasters we are on the road to recovery.
Polling expert Nate Silver argued that if the economy continues on this trend, Obama would have a good chance of reelection.

I'm certainly glad to hear that the economy is doing better and that we might be heading, finally, for better things. But I can't help but feel that something's missing in this discussion. Think about it this way. You and some friends order a pizza from Joe's. You eat the pizza. Shortly thereafter, all of you are struck with hideous intestinal distress, and spend the next few hours writhing on the bathroom floor, voiding helplessly from various orifices.

Eventually, of course, you recover. This is good, since writhing on the bathroom floor for the rest of your life would be tedious. But you'd hardly be satisfied with simply recovering. At the very least, you’d probably vow never to eat at Joe's again. You might warn other friends not to eat at Joe's either. Perhaps you would call Joe's and tell them about the unfortunate effects of their pizza. You might even call the health department and suggest they inspect the restaurant. In other words, when you experience a disaster, the goal generally is not simply recovery. The goal is not having it happen again.

So what have we done to make sure we don't have our economy fall down around our ears in the near future? As far as I can tell, basically nothing. The people who presided over the economy when it was in the pits—Treasury Secretary Tim Geithner and Fed Chairman Ben Bernanke, for example—are still presiding over it. The financial institutions that got us into this mess by selling mortgages to people they knew could not afford them and then creating junk investment products on the basis of those mortgages—those financial institutions have mostly been punished by having the Federal government shovel massive amounts of cash at them. There's been no serious effort at reform. Glass-Steagal has not been reinstituted. Too-big-to-fail banks have not been broken up, which means that the next time they fail, the taxpayers will have to bail them out just like we did this time.

Our political class has squabbled over the debt ceiling and over raising taxes on the rich and over healthcare, but the giant rotting whale carcass in the room has been studiously ignored. The simple fact is that our financial institutions, both private and public, fucked us over. The economy didn't just accidentally implode. It was criminally, flagrantly mismanaged. To reiterate, I am pleased that the economy is no longer lying on the bathroom floor in a puddle of its own fluids. But I would like some assurance that the people who poisoned us before are not going to do the same thing again as soon as they get the chance. So far, there has been no such assurance. On the contrary, as Nobel-prize-winning economist Joseph Stiglitz argues in his book Freefall:

In several critical areas… matters have already become worse. We have altered not only our institutions—encouraging ever increased concentration in finance—but the very rules of capitalism. We have announced that for favored institutions there is to be little, or no, market discipline. We have created an ersatz capitalism with unclear rules—but with a predictable outcome: future crises; undue risk-taking at the public expense, no matter what the promise of a new regulatory regime; and greater inefficiency.
A year from now, maybe, we'll have a lower unemployment rate and Obama will be back in the White House. And 10 years from now, we'll have a bursting bubble, a vicious recession, and an economy increasingly devoted to the interests of an ever-more-bloated and parasitic financial sector. Even with decent jobs figures, it's hard to be especially cheerful about that.