Obama is Incapable of Gaffes, Or So the Liberal Media Believes 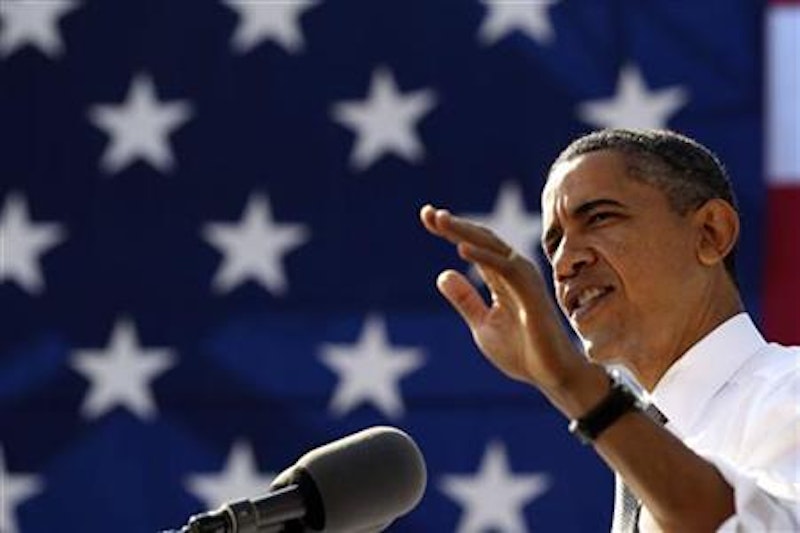 It’s extraordinarily difficult to be surprised by the mainstream media’s flagrant obeisance to Barack Obama—Jeremiah Wright seems like a decade ago—but I shook my head in disgust earlier this week after the President made an especially arrogant remark during an interview with Today’s Matt Lauer. Obama said, “I deserve a second term but we’re not done.” Apparently the Campaigner-in-Chief is, unlike Mitt Romney or Joe Biden or Newt Gingrich—men who provide a bundle of mirth and derision for political reporters and pundits—constitutionally unable to leave a verbal mess on the floor.

Think about what Obama said: “I deserve a second term.” Americans can, and will, decide whether or not that’s true, but the President’s sense of entitlement certainly rivals that what Romney is accused of every day. Had Obama, mindful of political manners, said, “I believe I’ve earned a second term, but, you know, Matt, that’s a decision voters will make in November,” no one could complain. But “deserve”? Shucks, I could tell family and colleagues that I “deserve” a best-selling book, say, or better eyesight, a Lotto jackpot or a map leading me to the Fountain of Youth. Such brio would be met by laughter, or scorn, and it’d be, well, deserved.

It goes without saying that had George W. Bush told a TV interviewer in 2004 he “deserved a second term” the liberal media would’ve run with that bit for months. Slate’s Jacob Weisberg, who collected “Bushisms” for several books, might feign outrage and then like a squirrel collecting “wingnuts,” happily point out Bush’s goof to his readers.

But when it comes to Teflon, Obama makes Ronald Reagan look like a whipping boy. It’s true, given the GOP primary disarray, that Obama is the favorite for reelection, absent a Jimmy Carter-like show of weakness overseas, in Syria or Iran, for example, or if the slowly recovering economy reverses course. Nevertheless, despite drawing the long straw with the probable nomination of Mitt Mondale, er, Romney, Obama is doing his best to alienate the 20 percent of Americans who decide elections. There was his incredibly short-sighted—in an election year—decision to alienate Catholics by requiring religious organizations to provide contraception in their insurance plans, or face punitive measures. As The Wall Street Journal’s Gerald Seib pointed out on Feb. 7, “The bigger question is whether rank-and-file Catholics, even the majority who tend to disagree with church teachings on contraception, will view the administration’s actions as a case of overreach.”

Then, to no surprise to those who recognize Obama as a have-it-both-ways pol who can dress in drag as a 99 percenter while shaking down the one percent for campaign donations, the administration announced that like the Republicans, the President will indeed take money, and lots of it, from the evil, greedy and corporate Super Pacs. This has vexed the Occupy Wall Street crowd, but no matter, Obama’s team no doubt believes, since those young activists and nostalgia-seeking Baby Boomers have no choice but to vote for the President. Or stay at home and not be missed, for Obama the cost of doing business. The hypocrisy, from a man who denounces Big Money in politics, is astonishing, at least to rational minds, but that’s of a piece with Obama’s entire presidency.