The Cult of Victimhood

We’ll never get along. 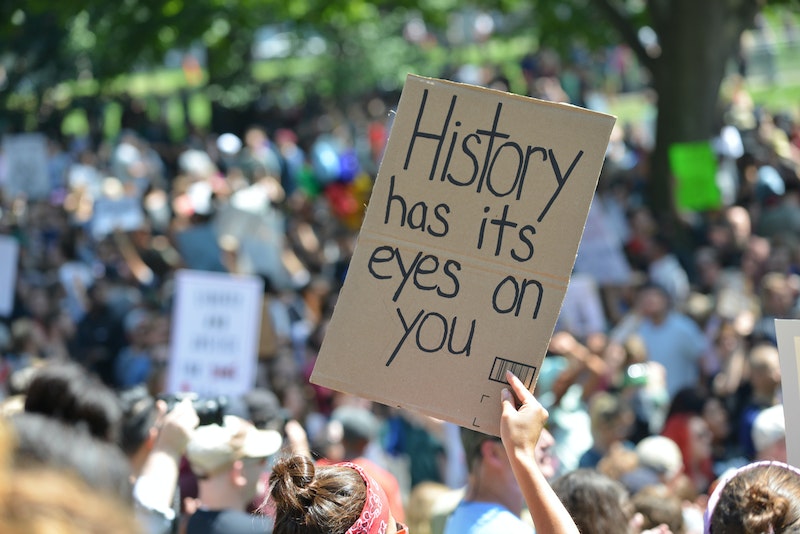 The peaceful transition of power is not too much for a democracy to ask. Most other presidents in history have simply written a polite letter to the next president and left it on the desk. America currently has an outgoing president refusing to accept the election results. This isn’t a close election like 2000, where the Supreme Court needs to make a decision on a difference of 500 votes in one state; it’s a victory of five million votes and a clear win in the Electoral College. It’s undisputed by anyone except Donald Trump, spewing hate and lies on a social media account and his supporters, notably Mitch McConnell and Kayleigh McEnany.

In the last week, as a Democrat, there has barely been time to celebrate. I felt a quick moment of joy seeing Kamala Harris’ social media post of her phone call to Joe Biden, enjoyed the speeches and fireworks, laughed with the cast of Saturday Night Live, and then it was back to worrying at almost the same level as pre-Election Day. There was no blue wave. It was horrifying to learn that 70 million people in this country support Trump regardless of his racism, sexual assault charges, handling of the pandemic, environmental policy, and so many other issues. Watching him lie about unsubstantiated election fraud is a new level of embarrassment to our nation. He rants about “the lamestream media” that he has diminished and denounced the last four years, complaining they’re out of line in calling the election results when actually they are just reporting the election results as they have for every election in history, causing civil unrest from his supporters instead of peaceful transition simply because he’s unhappy with those results.

Meanwhile, Trump scrounges to find any right-wing blogger who’ll go on the record saying there has been some wrongdoing when there’s no evidence, and his loss is undisputed by anyone but him and his most fervent supporters. His narcissism and egomania have created a cult in our country and now he’s using his followers for money as he sends out dozens of fundraising pleas so in addition to lying to them, he takes their money as well. While Biden works to create a transition and address the pandemic, Trump continues to champion hatred, lies, manipulation and separatism.

In my small sector of a hobby and corner of the world, the beachcombing community, I normally don’t write about politics, but in the heat of the moment I wrote a political caption on Election Day and because I have (*had) a mixed crowd of followers, the Trump supporters among them lashed out at me in private and public messages. I was unfollowed by many and called a “communist bitch” in my comments section on Instagram. This didn’t particularly bother me nor did being called a socialist. Taking a cue from Greta Thunberg, I jokingly changed my bio to “Communist Bitch,” for a bit until I received a message from a follower in formerly communist Russia stating that although she was on my side, sorry the Trump follower was verbally abusing me and knew I was joking, there was nothing really funny about communism. So I changed it back. I’ve learned a lot in the last week, and it’s been great to see the outpouring of support from my followers in Canada, the UK, and Australia, finally able to express to me their feelings on the outgoing regime. In doing so I’ve identified the supporters of that regime as well and seen the unfollower trend, but I’m fine to see them go. There are also some “silent protests” of those who choose to avoid my posts/account, and that sends a message as well. Maybe I tried too hard to fit in with everyone when I really needed to find my tribe and surround myself with people who accept my views and me, not some Instagram-filtered version of myself.

I received messages from people who wanted to argue about how “Fauci made money off the plandemic” and took the opportunity to listen to the other side and learn about their perspective. I didn’t respond with emotion but rather polite dialogue. I immersed myself in reading and listening to what they listen to and watching what they watch. It was like going to another country and studying another culture. There’s a lot of contradiction and anger; not just in the moment of not being able to accept losing the election, but a more longstanding hatred toward those they call “libtards.” Trump supporters are perpetual victims, they’re upset at being constantly “bullied and mistreated” by Democrats and the “lamestream media.”

They seem to enjoy and relish this image of being cast out, loners, gathering “information” and communicating via YouTube and private Facebook groups where they can’t be “mocked and ridiculed” by the left. I see this rhetoric in my own smaller community, on a scale of “you shouldn’t mix beachcombing and politics” (stay quiet! Wear pearls and bake cookies!) all the way up to the constant toxic Trump Twitter stream of links to conspiracy theories that get adopted by his sheeple and spread throughout the land about the persecution of their savior.

Although Biden talks about unity, listening to one Black leader speaking on Monday I agree I’m not sure “sides can come together” if one side believes it’s okay to oppress the other. Although there may be common ground on some issues, “the sides” simply don’t like each other and everyone has the First Amendment right to express unhappiness. The right just doesn’t like that it’s their turn to express that displeasure, as the left has done for the last four years.