Bill C-16 portends a future where 56 genders are favored. 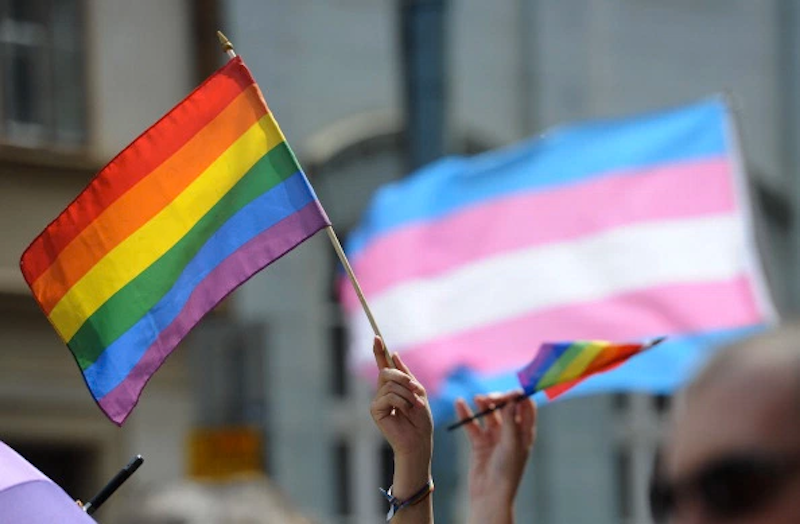 Canadian liberals are currently pushing Bill C-16 (an amendment to the Canadian Human Rights Act and the Criminal Code) as legislation that would explicitly prohibit discrimination over gender identity and expression. Sen. Grant Mitchell (Alberta), the bill’s sponsor, feels it's of vital importance, which he expressed with dramatic words. “It’s a hill I’m prepared to die on,” he said.

While speaking out against well-intentioned laws aimed at preventing discrimination has its pitfalls, it's important to look at the big picture before hopping on the bandwagon. Science must be considered. While progressives crow about worshipping science, sometimes it turns out to be pseudo-science (e.g. anti-vaxxers). Transgender advocates insist that a male can become a female with a few snips of the scalpel, breast implants, and a hormone program. They’re certain that sex and gender are separate entities—that gender is a social construct divorced from the genitalia, secondary sex characteristics, and chromosomes one is born with. While this is merely a theory, to reject it is to risk being called an anti-transgender bigot.

Hardliners opposing transgenderism claim that it's simply a mental illness. They liken parents telling their five-year-old boy that he can become a she—and that it's perfectly normal—to assuring a schizophrenic thinking their dog talks to them that everything's okay. These dissenters think children should be given much more time to make up their minds on such a crucial matter. As scientific research indicates that disclosing to society one’s transgender identity actually increases the already staggering suicide attempt rates (nine times the average) among transgender people, it's reasonable to have some doubts about the drive to give hormone treatments to children.

The level of attention paid to a condition experienced by a small percentage of the population has reached absurd levels of hysteria, such as when the office of BGLTQ Student Life at Harvard University released a guide stating that some people change gender identity from day to day. Laws like Bill C-16 can contribute to an atmosphere where everyone must be sensitive to those making such outlandish claims. In New York City, you can be fined for not calling people “ze” or “hir” or another pronoun they insist on. In other words, the government now punishes people for not accepting the theory that gender is determined by self-perception rather than by biological sex. If gender is now a concept so fluid that it changes on a daily basis, imagine the potential for legal chaos.

Canada’s underlying problem is that it has hate speech laws on the books. Free speech is sacrificed to the oppressive desire not to offend. It's impossible to discuss certain topics frankly without giving possible offense, so those topics become taboo and go underground—they don't go away. As many other minority groups are “protected” by such laws in Canada, there's been significant pressure to add trans and non-gender binary individuals to the list. There's no evidence that anyone's safer as a result of these laws. It's better to fight words with words, rather than relying on the government to be the word police.

Gad Saad, a Lebanese-Canadian evolutionary behavioral scientist, recently addressed the Canadian Senate to express his concerns over Bill C-16. He wondered if academics should stop designing surveys that measure the participants’ sex as binary due to fears that it would be transphobic. Saad also asked if evolutionists should stop explaining how sexual selection works, as it involves only two sexes while ignoring all the other ones that are alleged to exist. Saad believes that C-16 could jeopardize the way evolution is currently taught, as it may appear to “disenfranchise those who reject fixed binaries and biological essentialism.”

Saad’s referring to the 56 genders that Facebook recognizes. Separate gender from sex and there's no telling what will happen. This is an era where many are skilled at identifying themselves as victims and then making others bend to their will, often with the assistance of government. Facebook's new gender policy has just added several dozen new classifications of victimhood to the intersectionality list. The “neutrois” and the “transmasculine” and the “two spirits” and all of the 53 others probably think they deserve separate pronouns. Where does it stop?

In Justin Trudeau's Canada, where diversity and political correctness reign, legislation like Bill C-16 can get one thinking about a future where everyone must memorize 56 new pronouns and apply them correctly to people who drift in and out of various gender identities. Those who find the task overwhelming may be prosecuted, but their sacrifice will be for the greater good. When the left invents a new emergency, it's always for the greater good.